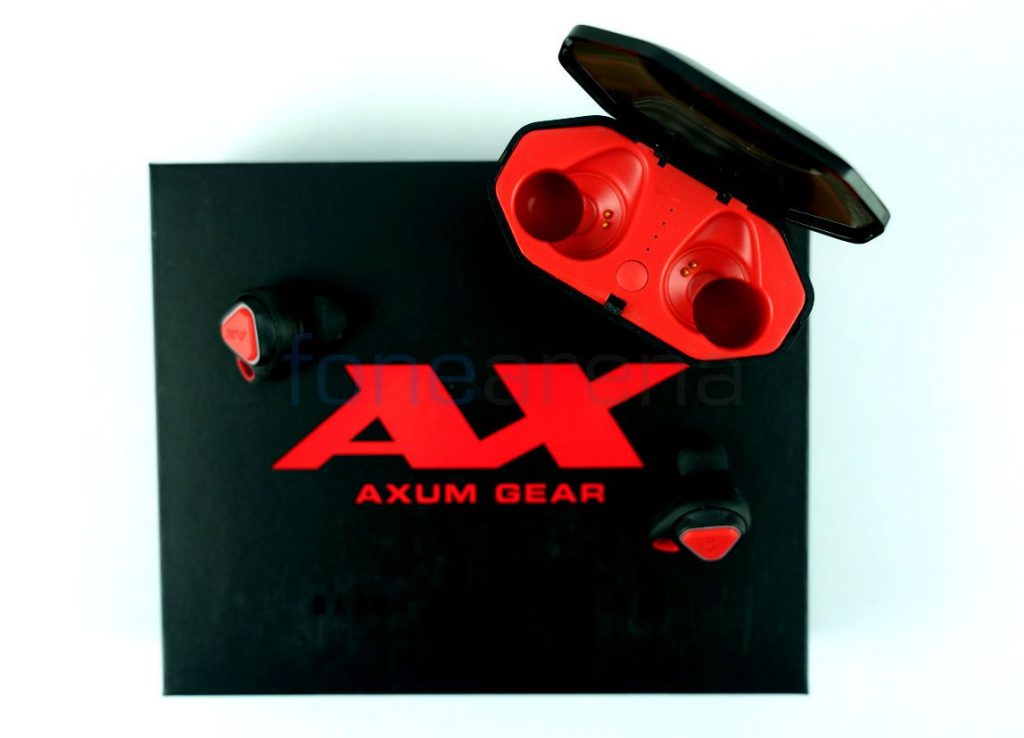 AxumGear, a Los Angeles-based company introduced its Bluetooth Earbuds back in August 2016 and raised $138,209 till October from 824 backers, but it dropped that design and introduced V2 in July 2017. It kept updating the backers frequently and finally started shipping the earbuds starting from February 2018. It has shipped to all the backers and has also shipped two batches that were ordered on its website, and for the third batch which is shipping next month, the company has redesigned it to include USB Type-C and has also improved the Bluetooth. The company says that it is the world’s best workout earbuds that will never fall. I have been using it for a couple of months. Is this worth the price? Let us find out in the review. 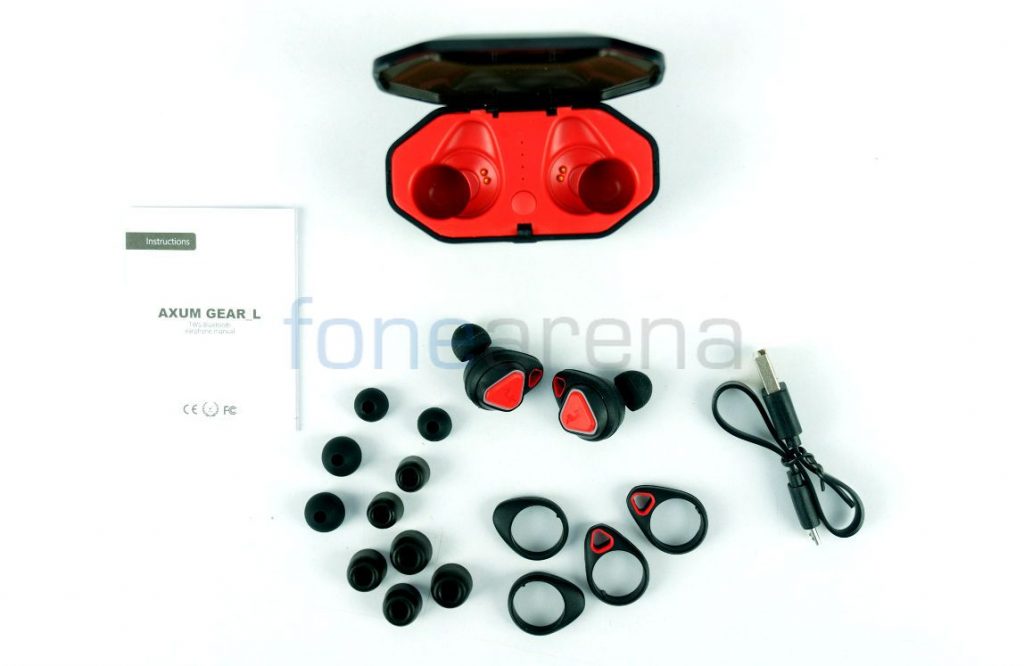 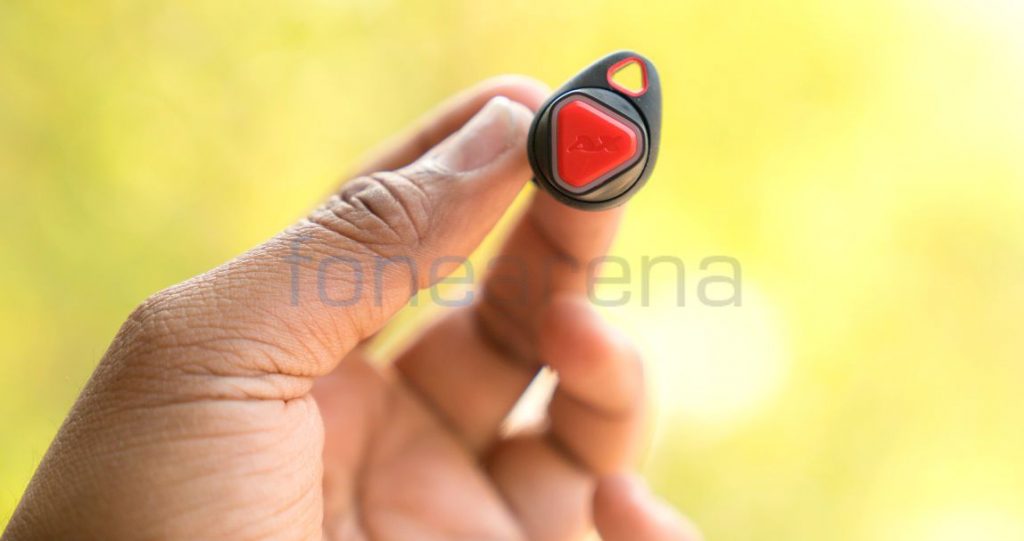 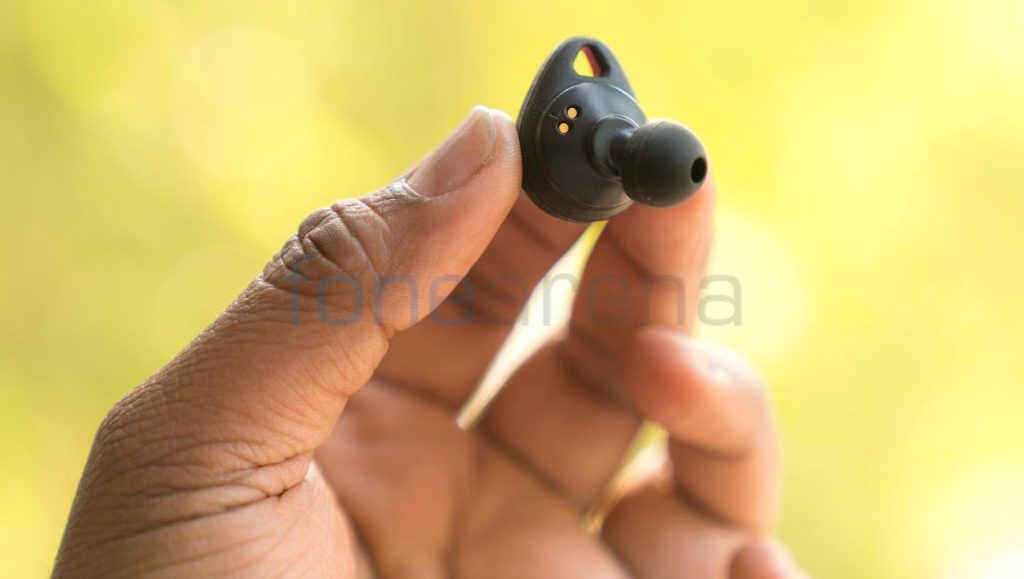 On the other side there are charging contacts and the pointed ear tips that goes inside your ears. You can choose the ear tip that is comfortable for you. The earbuds weigh just 6 gram and the charging dock weighs just 50 grams. 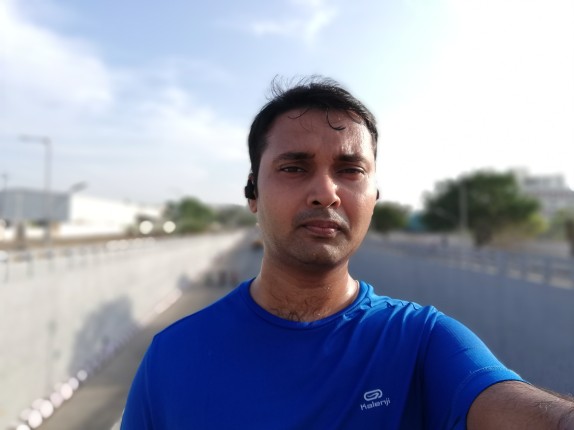 Since the headset fits perfectly into the ears using the adjustable hook, so chances of falling is less, as the company promises. If you feel uncomfortable after sometime, you have to adjust the hook. The headset is sweat-resistant, but doesn’t have IP ratings for water resistance so you can’t take it to swimming. 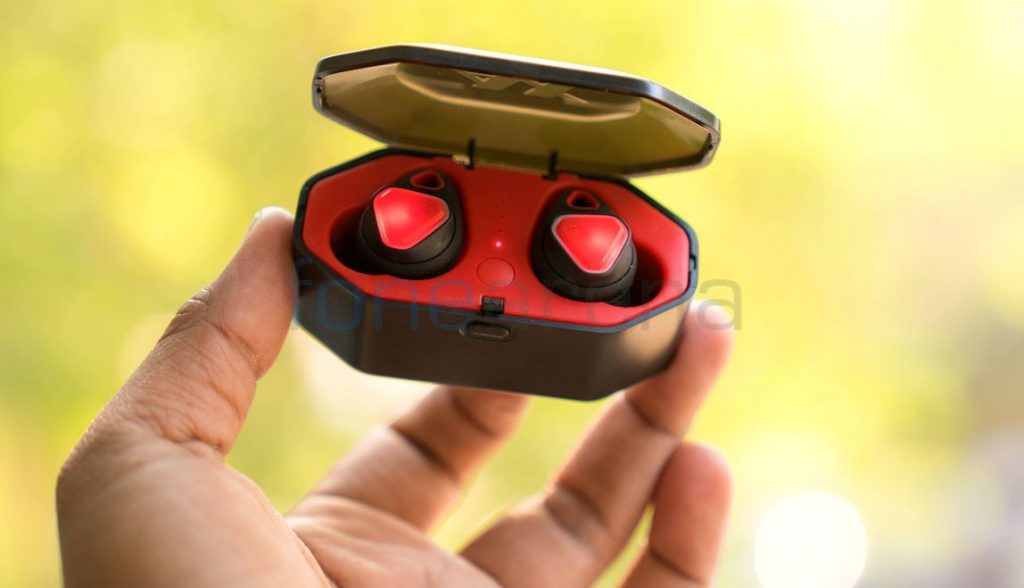 Coming to the build quality, the headset fells a bit cheap since it has a plastic build. Even the case feels a bit cheap for a mid-range headset compared to others. The charging case opens when you press the button on the front. There are four LED indicators on the case, between the two earbuds that shows the charge left when you press a button. 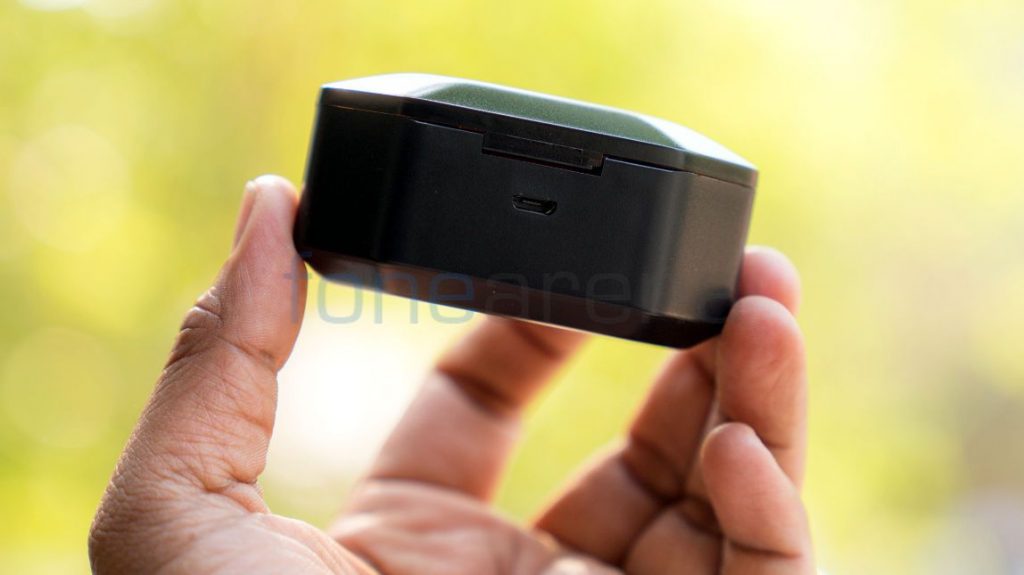 There is a micro USB port on the back of the case. The next-generation model will have a USB Type-C port. 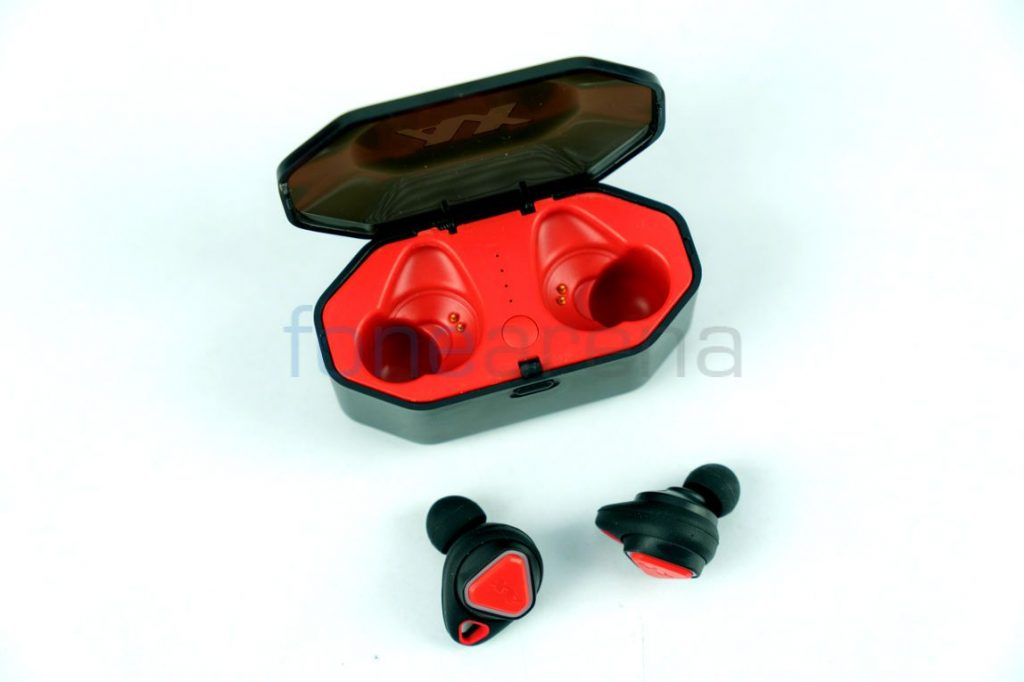 Coming to the audio quality, the headset is quite loud and there is no distortion in high volume. The dynamic range is pretty good and has solid bass as the company promises, thanks to 8mm drivers. Even vocals are clear if you are listening to audio books or podcasts. Even though the audio quality is good, the noise isolation is not the best. If you are in a noisy environment, you have to boost up the volume to hear the audio, especially podcasts clearly. This is not safe to your ears and also drains the battery quickly. The company says that it uses CVC noise cancellation technology that reduces noise picked up by the microphones during phone calls.

It’s the same with the microphone, which doesn’t pick up your voice clearly if it’s noise. This is common in most Bluetooth headsets since the tiny microphone doesn’t catch your voice clearly. Overall the audio quality is better than expected in most conditions. 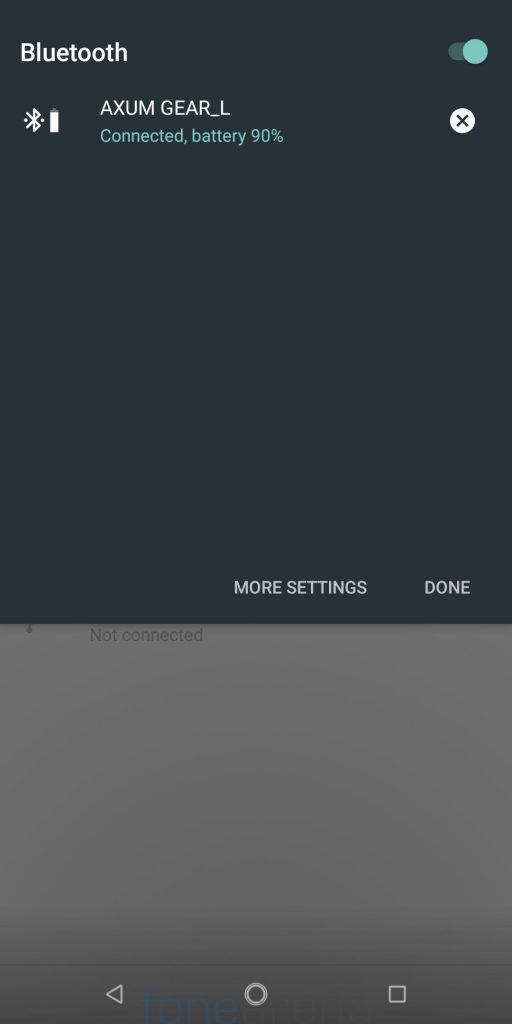 The Bluetooth headset supports 4.2 with Qualcomm chip and is compatible with Android, iOS devices along with MP3 players with Bluetooth support. Pairing is quick and you even get a voice feedback when it enters pairing mode and when it connects successfully. You just have to long press the left earbud for 4 seconds to enter the pairing mode, and the LED lights on the headset flashes red and white. Once the smartphone detects the headset, you just have to select ‘AXUM Gear_L’ to connect. Now you can put your right earbud and press the button on it for 2 seconds so that it pairs with the left earbud. You also hear the voice feedback that says ‘TWS is connected’.

You can press left or right earbud to pause the music. You can press the left earbud once to attend the call or double-click to reject a call. You can long press any one of the earbuds to turn them off. Similar to iPhone, Android 8.1 (Oreo) brought support for Bluetooth battery status built-in. This helps sometime, but it is not completely accurate since the headset says the battery is low even though the status on the phone shows 30% battery is left. Others when are on older version of Android can rely on third-party apps like BatON for Android.

We faced signal issue occasionally that cuts the connection between the left and right earbuds so that only the left one works. To reset this you have to place both into the case, and connect it again. The company has acknowledged the issue in some units, and said that it  depends on the environment and is a common in all true wireless earbuds. It also said that it has resolved the issue in its third batch. 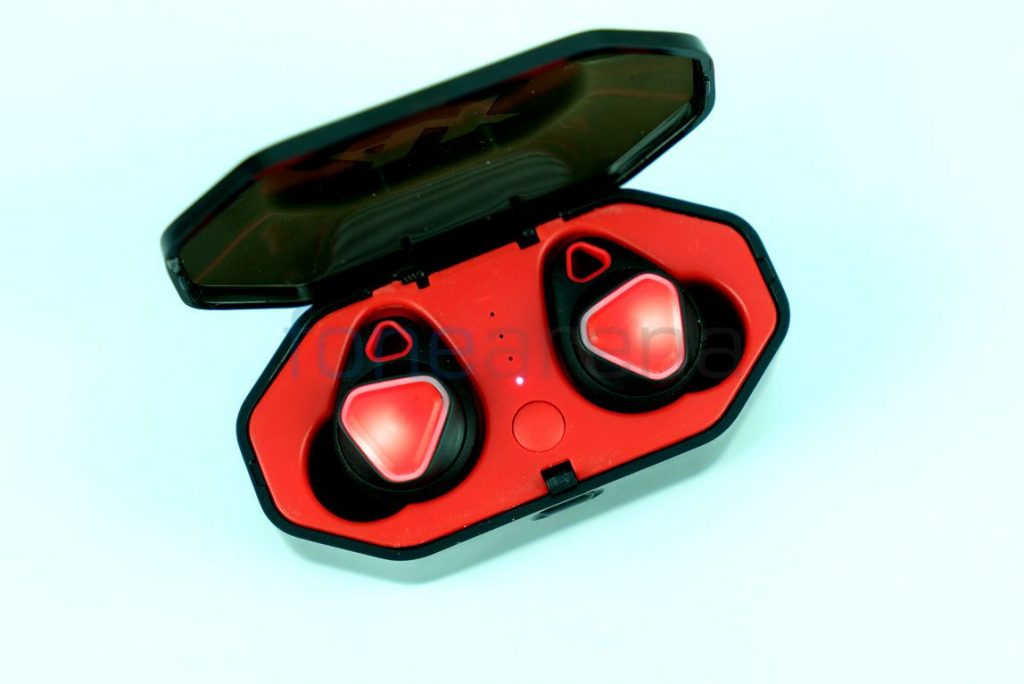 Each headset has a 40mAh battery that claims up to 100 hours of standby time, 3 hours of talk time and up to 2.5 hours of music playback, which is decent for true wireless earbuds with small battery. We managed to get over 2 hours of music playback, which is good. It hours to charge the headset to charge completely. The charging case has a 800mAh battery that promises that it can charge the headset 6 times. It also takes just 60 minutes to charge the headset. Even the case can charge quickly. The headset’s LED glows in red color when it’s charging and turns white when the battery is full. When using, it gives audio feedback when the battery is low. 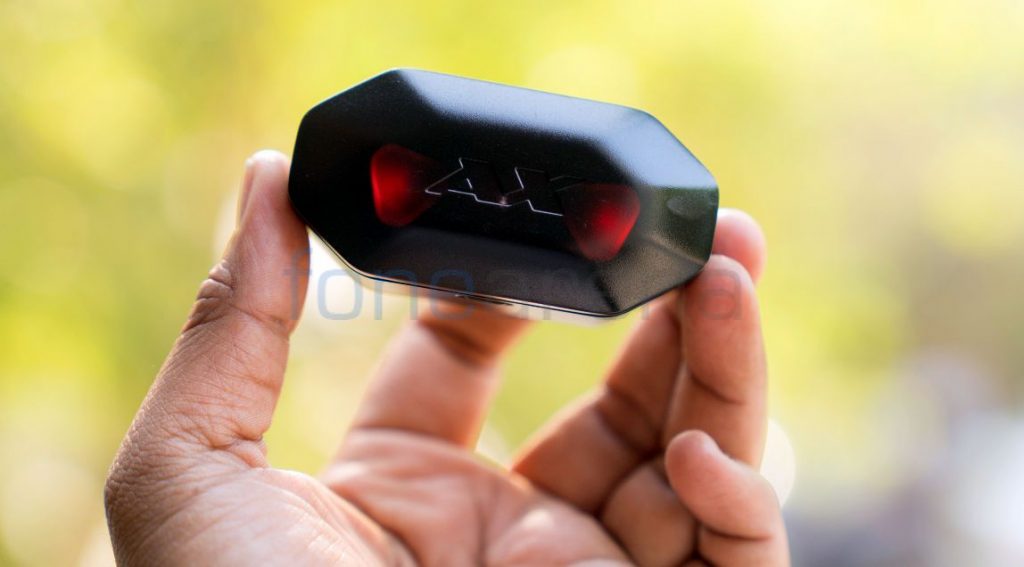 Overall, the AXUM Earbuds is a decent mid-range true wireless headset. It has a compact design, good bass and gets charged quick. On the downside, the design is not impressive, doesn’t have IP ratings for water-resistance and the build quality makes it look cheap.

Priced at $189 (Rs. 12,940 approx.), it is available for order from axumgear.com that offers worldwide shipping, and the next batch ships in August. You will get it via post in India for which you have to pay duty. We paid about Rs. 1200 for it, so the total cost comes around Rs. 14,140, which is similar to the recently launched Jabra Elite Active 65t which comes with IP ratings and support for voice assistants.