Update: With the WhatsApp for Android beta v2.18.221 update, the company has started rolling out the Suspicious Link Detection feature to fight spam.

WhatsApp for Android is getting a new Beta release with version number 2.18.206. This update hints at a much-needed feature; ‘Suspicious Link Detection’ that it has been working for quite some time. This feature should restrict the spammy links that are being shared. 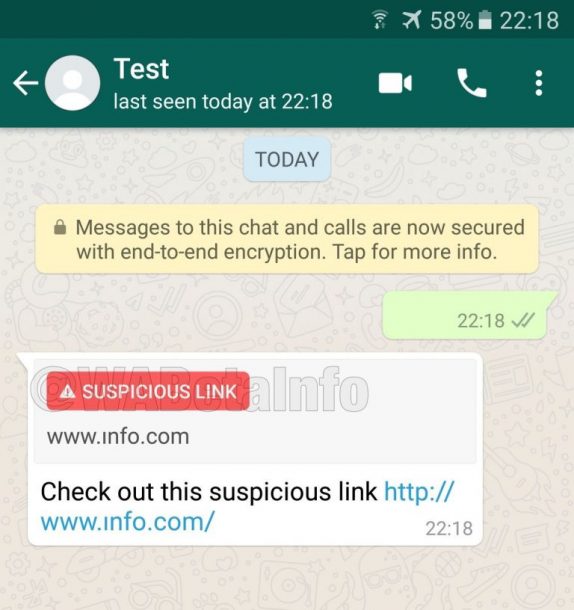 This feature will help users to detect sent and received suspicious links in WhatsApp. The app analyzes when you receive it and detects if it redirects to a fake or alternative website. If the link is found suspicious, it will present a message that is marked with a red label, indicating to you the presence of it. Regardless of the warning message, if you try to open the link, WhatsApp will alert you again that you’re trying to open a possible suspicious link.

WhatsApp will analyze the link shared/received and this process will be done locally and no data is sent to WhatsApp servers in order to detect suspicious links. The company is said to be working on improving the feature and might see fresh new additions in the days to come. If anything we might even see a feature that would allow users to manually report a suspicious link if WhatsApp isn’t able to detect one.

As said above, the Suspicious Link Detection feature is not available yet and WhatsApp has been working on this feature from the 2.18.204 beta version, adding new improvements in the next updates. Since it is not enabled for everyone, its okay if you don’t see the feature at action