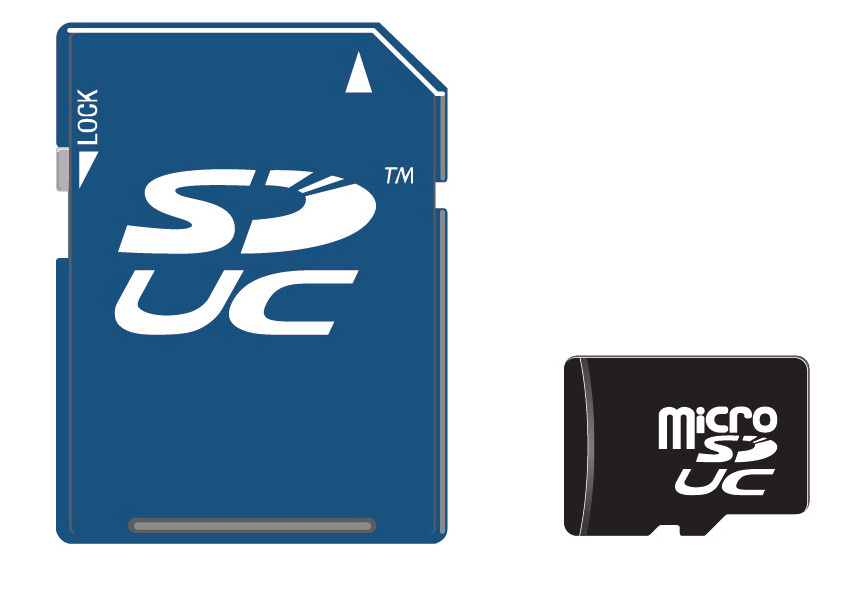 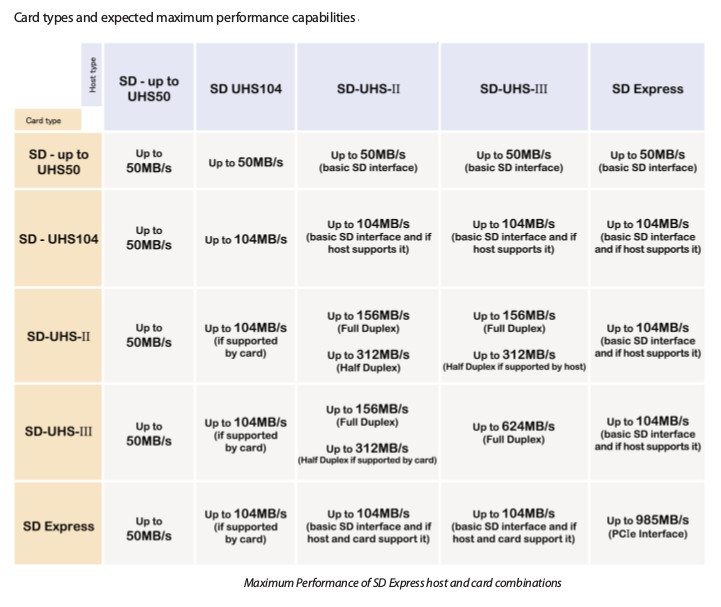 Thre new SD Ultra Capacity (SDUC) will offer cards up to 128 TB, up from 2TB with SDXC. There are part of new SD 7.0 specification. SD Express delivers speeds necessary to move large amounts of data generated by data-intense wireless communication. SD Express will be initially offered on SDUC, SDXC and SDHC memory cards.

Any speed cards can be used in UHS-I, UHS-II, UHS-III and SD Express host devices. Faster performance levels will only be attained when matching the card to the host device.

Cards using SD Express may consume up to maximum of 1.80
Watts from the host, representing the accumulated wattage
from the two power supplies, a traditional 3.3 volt and 1.8 volt. There is also optional 1.2v supply, for future form factors that requires additional pin #18. The future optional 1.2 volt will allow additional power/performance
optimization. SD Express maintain the long-standing advantage of
SD’s backward compatibility and interoperability.