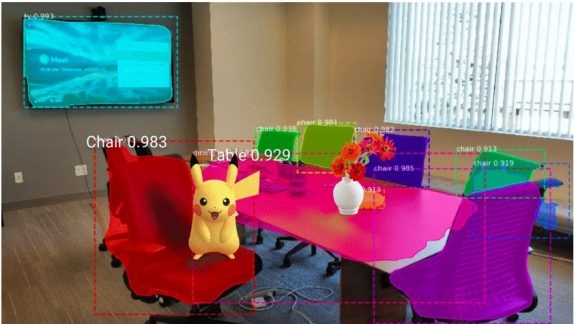 Niantic Studios today previewed Niantic Real World Platform that it is working on. In fact, this is the first time the company is giving an update of this nature publicly. It also announced  that it has acquired computer vision and machine learning company Matrix Mill, and have established its first London office.

Niantic Real World Platform according to the company will act as an operating system that bridges the digital and the physical worlds. This is built towards the contextual computer vision, where AR objects understand and interact with real-world objects in unique ways stopping in front of them, running past them, or jump into them. For this, the company is using a codename; Niantic Occlusion and is using, of course, Pokémon.

As you can see from the demonstration, Pikachu is weaving through and around different objects in the real world, dodging feet and hiding behind planters. It uses machine learning to map and track objects in 3D space enabling much more realistic AR interactions than that are currently possible. Multiplayer gameplay requires the components of Niantic’s Real World Platform to work in concert across multiple users.

Niantic also said that it will be selecting a handful of third-party developers to begin working with these tools later this year.