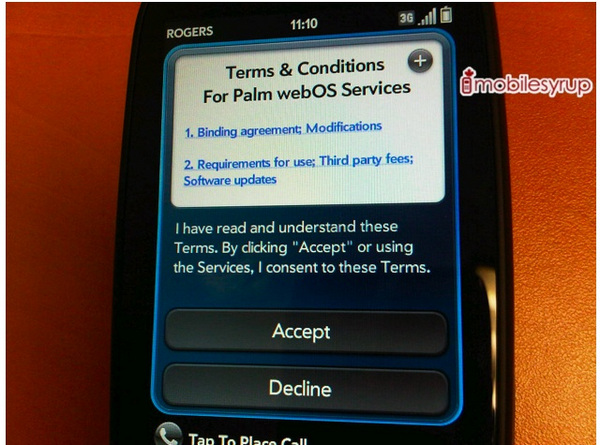 HP officially launched the Palm Pre 2 a few days ago, which is the first device to run WebOS 2.0. The first carrier to receive the device was French carrier SFR. In North America, Verizon will bring the device to USA, and for Canada, HP didn’t announced any carrier. But then we say Rogers name hidden in the source code, and the code was right. As you can see the image above, it’s the Palm Pre 2 running on Rogers Network, and after the break another solid proof is available where you can see the Rogers Palm Pre 2 retail box. Rogers didn’t announced it officially yet, but now we have the proof which is proving that Rogers Wireless will get the device for sure. As HP said that Canada will get the device in coming months, so I am sure that our Canadian fellows will see the device before 2011. So stay tuned with us, we’ll keep you updated. 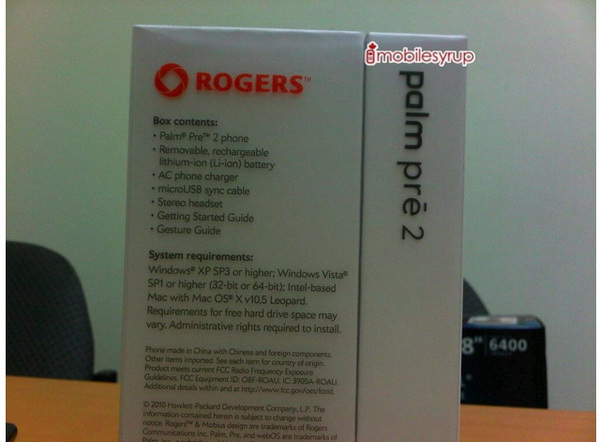