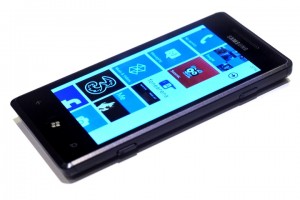 I’ve been using a Samsung Omnia 7 for a couple of days. It so happen to run on Windows Phone 7, the new mobile operating system Microsoft. As a former Pocket PC and Windows Mobile user, I can say for certain
that Windows Phone 7 is nothing like its predecessors. I was excited about trying out the new OS.

Windows Phone 7 features completely different UI, not only from Windows Mobile but also from the majority of mobile OS like iOS, Android and Symbian. The launcher is divided into two parts – the front ‘home screen’ which has live tiles (or widgets) that can be customised by the user, and the program launcher which lists a list of applications installed in alphabetical order. This makes up for the basis of what Microsoft dubs the Metro UI. 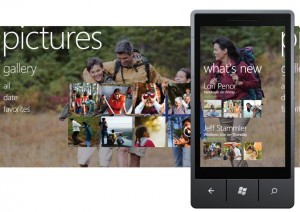 Metro UI is slick, quick, uncluttered, easy to use and designed to operate with fingers. Most of the built-in apps is engineered using a design called hubs. Hubs are basically large panoramic apps. Here you can swipe left and right or tap to go through the different pages within the hub.

There are a couple of ways to getting your contacts onto the phone. You can either sync it via Hotmail, Gmail or Microsoft Exchange. Unlike Windows Mobile, you can not sync your contacts and calendar via the USB cable to Outlook. With Windows Phone 7, Microsoft is trying to push their cloud based service. 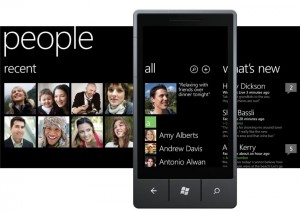 The social integration is brilliant. Once I managed to get my contacts on it, the OS integrates my contacts with those of my Facebook contacts providing easy visual updates on my friends statuses.

The Marketplace is good too, with plenty of nice free apps like the Huffington Post (which isn’t merely a glorified RSS reader/bookmark like BBC News app). It is easy to use as well. I downloaded 20 apps in 10 minutes. Most of the paid games I’ve seen include trial versions, so there is little harm in downloading and trying out before deciding. The Xbox integration includes Gamerscore and Achievements. 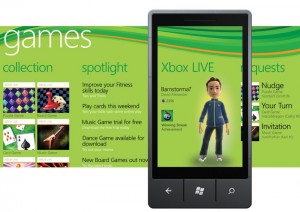 Input is via a virtual QWERTY keyboard. There is no haptic feedback, though feedback is provided through audible feedback. Each key presses is different from the last as Windows Phone 7 has eight variations of key press samples played in a loop. It isn’t a massive different, but subtle. I find the audible feedback irritating, but have no choice but to leave it on because the keyboard does not support haptic feedback. Auto correction and suggestions can be turned off if needed.

Internet Explorer is a massive improvement over the older versions found on Windows Mobile. Rendering is rather slow, but at least it is accurate. Panning and scrolling is supported, as is pinch zooming and multiple tabs. In addition to saving a site as favourite, it can also be pin to the home screen. Flash and Silverlight is not supported, and there is no text reflow. 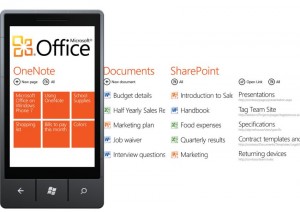 Bing Maps is fast and easy to use. Maps can be toggled between vector mapping and aerial (satellite) view. Zooming is via pinching. Step by step directions is supported, though there is no voice guided navigation. It is a good effort, but still lacking behind Google’s effort with Maps on Android and Nokia’s all you can eat navigation Ovi Maps.

Windows Phone 7 might feature a sleek UI, but beneath it is sorely lacking in features. It does not feature mult-tasking (please, listening to music and messaging isn’t multi-tasking – any feature phone can do that). I’ve also found the lack of copy and paste to be infuriating, especially when composing a message or tweet. There is also no tethering, Bluetooth file exchange, video calling, file manager, USB mass storage, swappable card etc.

If within 1-2 years time Microsoft can implement those missing features, Windows Phone is easily an OS to die for. Right now it isn’t ready just yet, at least not for power users accustomed to traditional OS like Windows Mobile, Android or Symbian. The Metro UI and design language is simply stunning, but it would be a crying shame if Microsoft doesn’t improve on what’s underneath it. It deserves better.