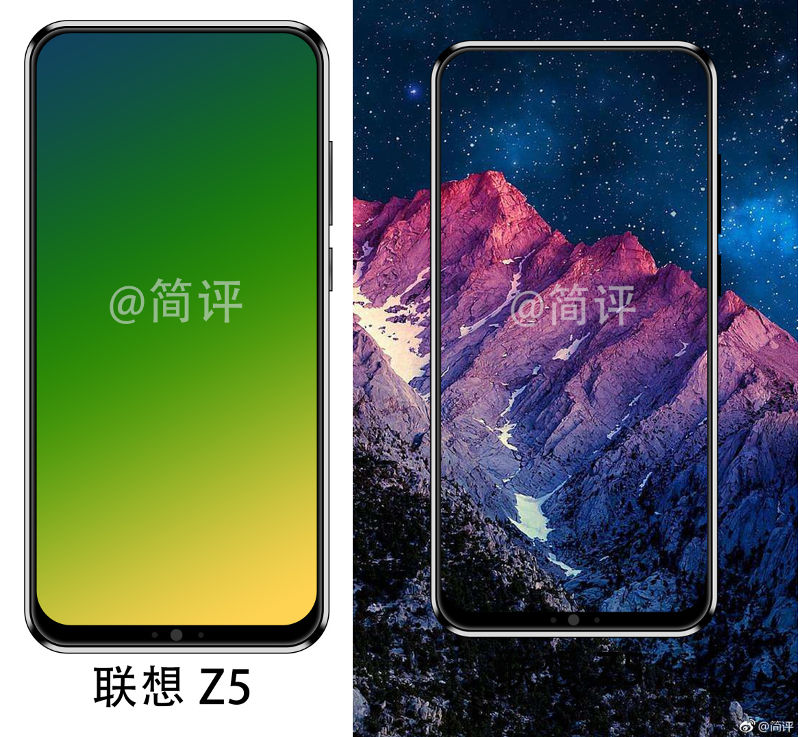 Earlier this week Lenovo confirmed that it will introduce its flagship Z5 smartphone with bezel-less display at an event in Beijing on June 5th. Since then the company had been teasing the phone in several images, but it is yet to reveal the image of the bezel-less screen. Today an alleged render of the phone has surfaced in China that shows the near bezel-less screen and the front camera is present in the centre of the bottom bezel. 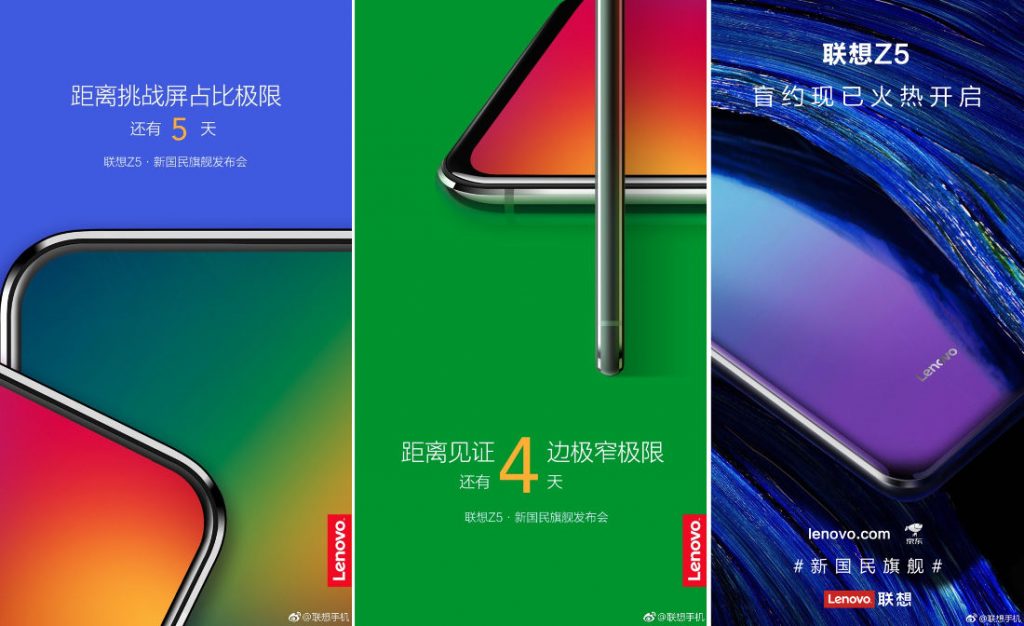 Earpiece is not seen in the images, so it could use Cantilever piezoelectric acoustic system, similar to the first-gen Mi MIX smartphone.

The company has released several teaser images that show a metal frame around the phone with antenna lines visible on the top and the bottom edges. It also shows a glass back, so there are chances it might feature wireless charging.

The phone will have AI-powered dual rear cameras, Snapdragon 845 SoC, but it is not expected to feature an in-display fingerprint scanner. According to earlier rumors, the phone will have over 95% screen-to-body ratio, and a large battery with support for fast charging, up to 45 days standby time and allow the user to talk for half an hour even with 0% battery.

We should know all the details when the phone goes official in a few days.