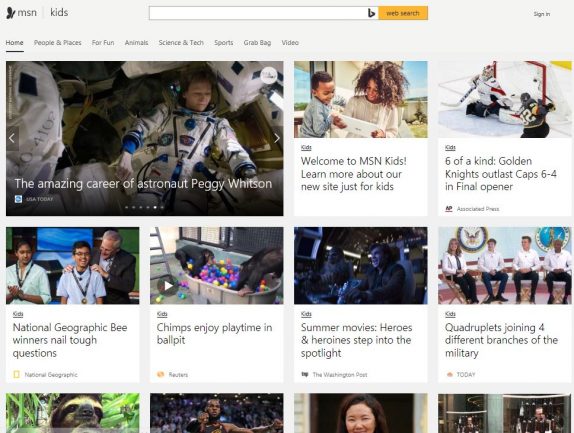 The Microsoft Launcher update lets parents add their kids to the family group to track their location and keep an eye out on what apps they’re using. This information appears in the feed section and it also includes the option to turn it off at any time for both kids and parents. You can also view their activities on those devices through Microsoft Launcher. The company claims that it is the only launcher that gives parents this visibility across Android, Windows 10, and Xbox One devices.

Edge browser also gets an update which brings features like site blocking. If parents have set up a Microsoft family group, they can allow or block any websites and good thing is that if you have already tagged as allowed or blocked for your kids, these changes will carry the same settings as they try to access websites in Microsoft Edge on their Android devices.

Microsoft is also announcing MSN Kids, and it is currently in preview. It is a curated news site that is specially created for children in the elementary and middle school age group. The site offers editorially curated, age-appropriate news and features from partner publishers such as Time for Kids, Popular Science, Sports Illustrated for Kids, National Geographic, and USA TODAY. Microsoft says that it is investing in family settings that work across devices and platforms that include the ability to block mature content and apps. It is also launching safer online spending with Ask a parent and shared family notebook in OneNote.

You can download the Microsoft launcher and Edge browser directly on the Play Store.