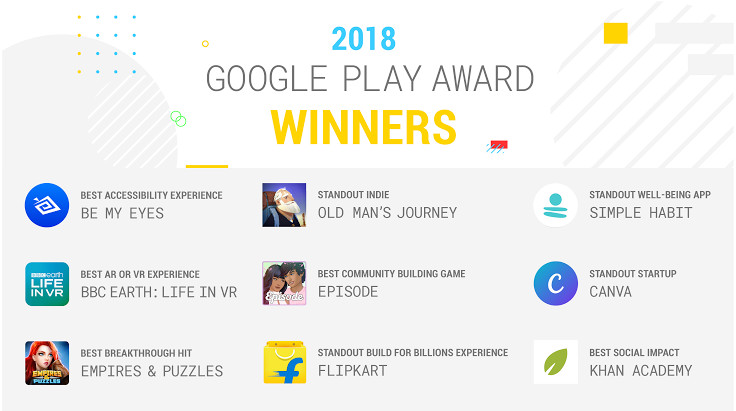 Google for the past three years has been following the tradition of announcing Play Award Winners every year. Following the legacy, it announced the awards this year as well ahead of the I/O event. Google Play Awards is the best way for fresh apps to make a name for themselves. This year award includes some familiar names like Flipkart, Cricbuzz, Khan Academy.