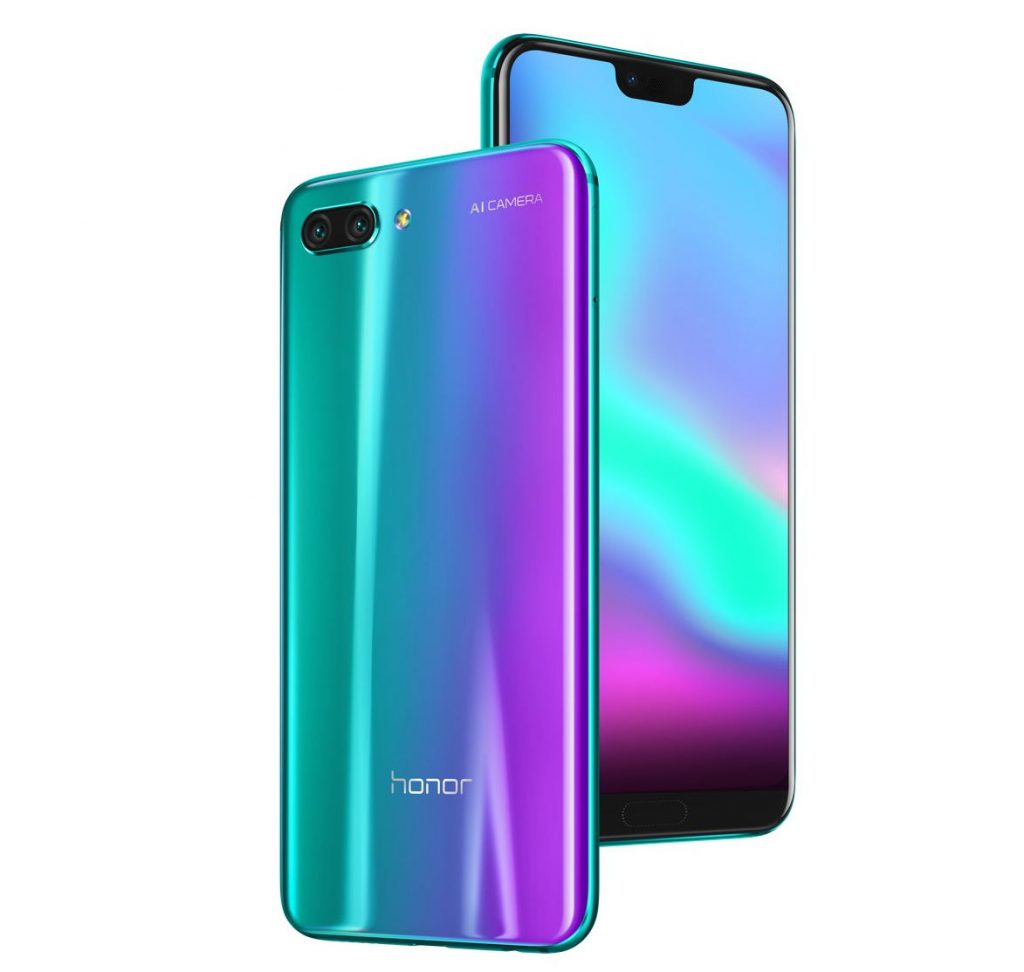 This week Huawei’s Honor brand introduced the Honor 10 smartphone, Motorola introduced the most expected Moto G6 series along with the Moto E5 series, Sony introduced its new Xperia XZ2 Premium with 4K screen, Vivo launched the V9 Youth, and lots more launches and announcements from this week in our weekly roundup. 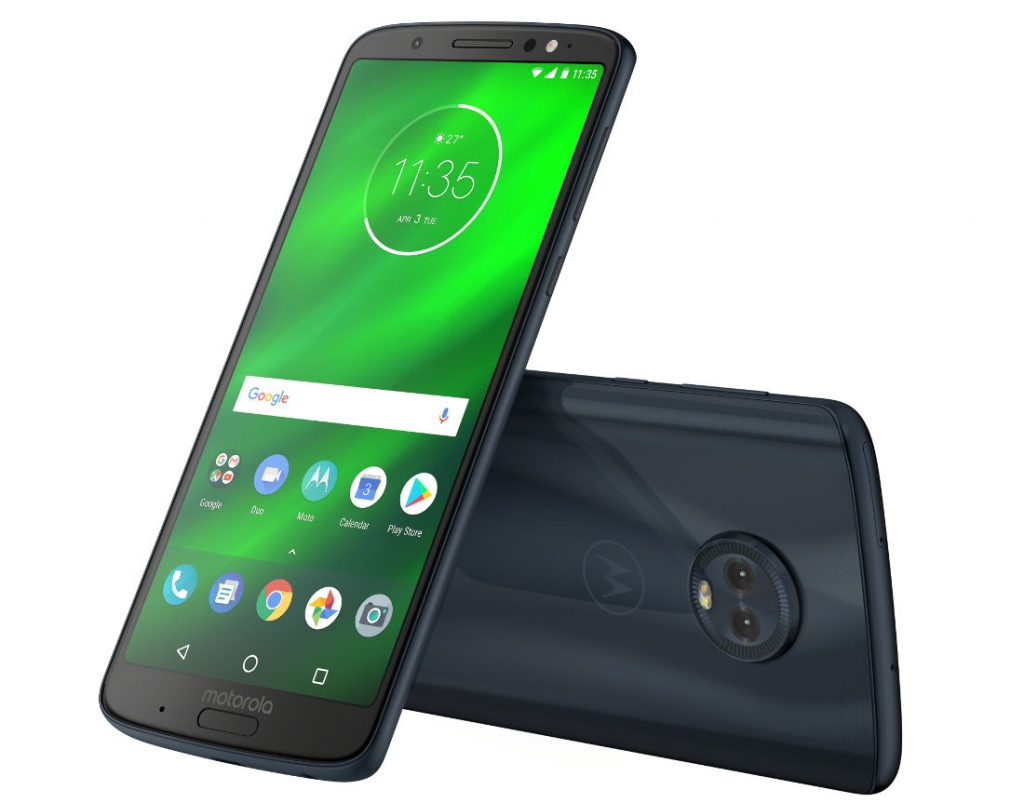 There is also a Moto E5 Play with standard 16:9 display. All the phones have a fingerprint sensor, Front-ported speaker, and run  Android 8.0 (Oreo).

Huawei’s Honor brand announced the Honor 10. It packs a 5.84-inch Full HD+ 2.5D curved glass display with a notch and 19:9 aspect ratio, is powered by an Octa-Core HiSilicon Kirin 970 10nm SoC with i7 co-processor,runs on Android 8.1 (Oreo) with EMUI 8.1 on top, same as the P20 that was introduced last month.

It has dual rear cameras with 16-megapixel RGB sensor and 24-megapixel monochrome sensor with 2x Zoom, LED flash, AI scene recognition that accurately identifies people, animals, grass, sky, and a 24-megapixel front-facing camera with AI beautification and support for face unlock. It has a 3400mAh battery with support for Super fast charge (5V/4.5A) that can charge from 0 to 50% in just 25 minutes. 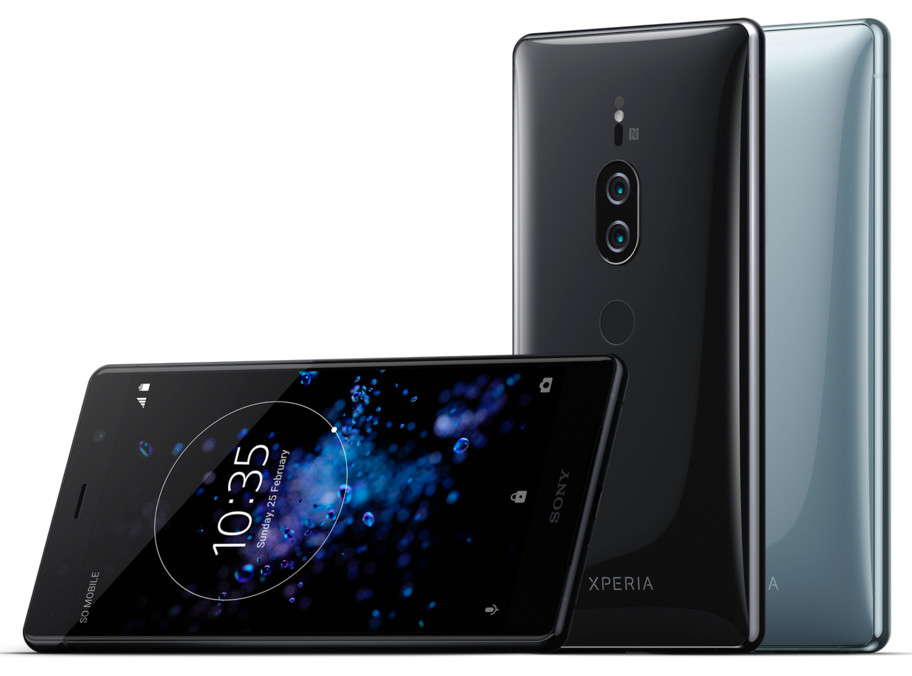 Sony announced the Xperia XZ2 Premium , the company’s latest flagship smartphone in the XZ2 series. It has a 5.8-inch 4K HDR screen with Corning Gorilla Glass 5 protection, 11% larger and 30% brighter than the 4K HDR display on the XZ Premium, is powered by an Octa-Core Qualcomm Snapdragon 845 Mobile Platform and runs Android 8.0 (Oreo). It has a 3D glass body and features the same Corning Gorilla Glass 5 protection on the back. It also has front facing stereo speakers with S-Force Front Surround.

It also has 4K HDR Movie recording and also offers ISO sensitivity 51200 for photos and ISO 12800 for video. It has a 13-megapixel front-facing camera, has IP65/68 ratings for dust and water resistance and packs a 3540mAh battery with support for fast charging and also has Qi wireless charging.

It comes in Chrome Black and Chrome Silver colors and will be available globally from Summer 2018. No details about the pricing yet. 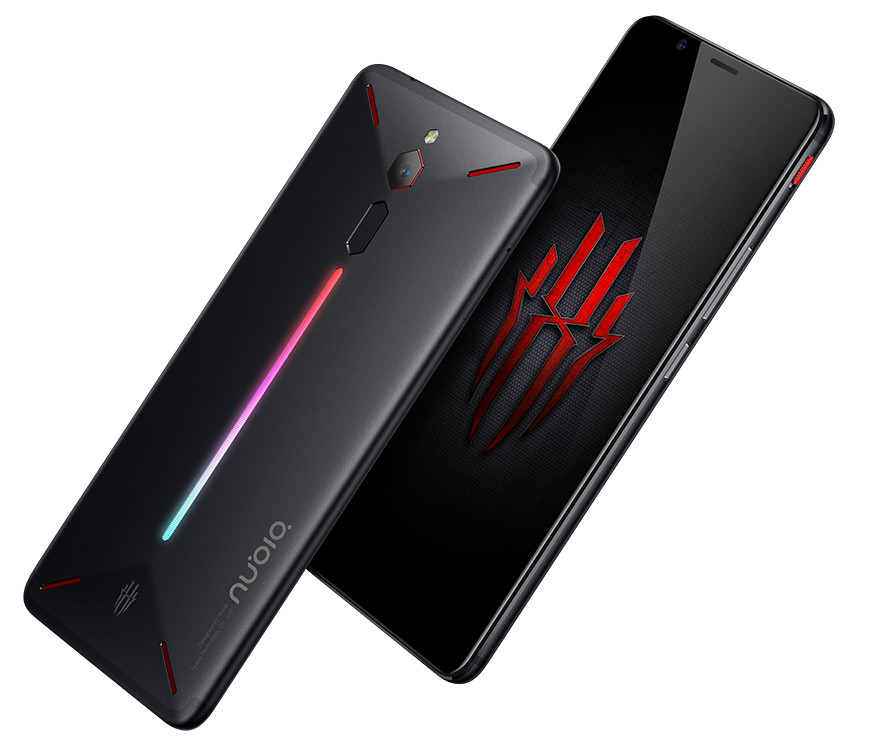 ZTE’s Nubia brand announced the Nubia Red Magic, the company’s first Gaming Phone in China It has a 6-inch FHD+ display, is powered by Snapdragon 835 SoC with up to 8GB RAM and has a new vector aesthetic design 174.5° dot-cutting with 6.85mm at its thinnest point and air-cooled technology with nine heat radiation air slots on the back of the metal body to increase the heat transfer of the mobile phone to keep the phone cool when gaming.

The body is made of triple anodized aviation-grade aluminum alloy that has gone through 5 sandblasting processes and uses new lamination technology with three-layer graphite lamination that increases thermal diffusibility by 117%. It has 16.8 million color RGB color lights on the back.

Vivo launched V9 Youth, a cheaper version of the smartphone. It has the same 6.3-inch FHD+ 19:9 2.5D curved glass display with a notch, 90% screen-to-body ratio, 1.75mm slim bezels, 4GB RAM and runs Android 8.1 (Oreo) with Funtouch OS 4.0, but his has a 16-megapixel rear camera along with a secondary 2-megapixel camera to capture the depth information for portrait shots.

It comes in Pearl Black and Champagne Gold colors, is priced at Rs. 18,990 (Rs. 19,990 MRP) and is available from offline retailers across the country starting today and will be available from Amazon.in, Flipkart and Paytm Mall online from April 24th. 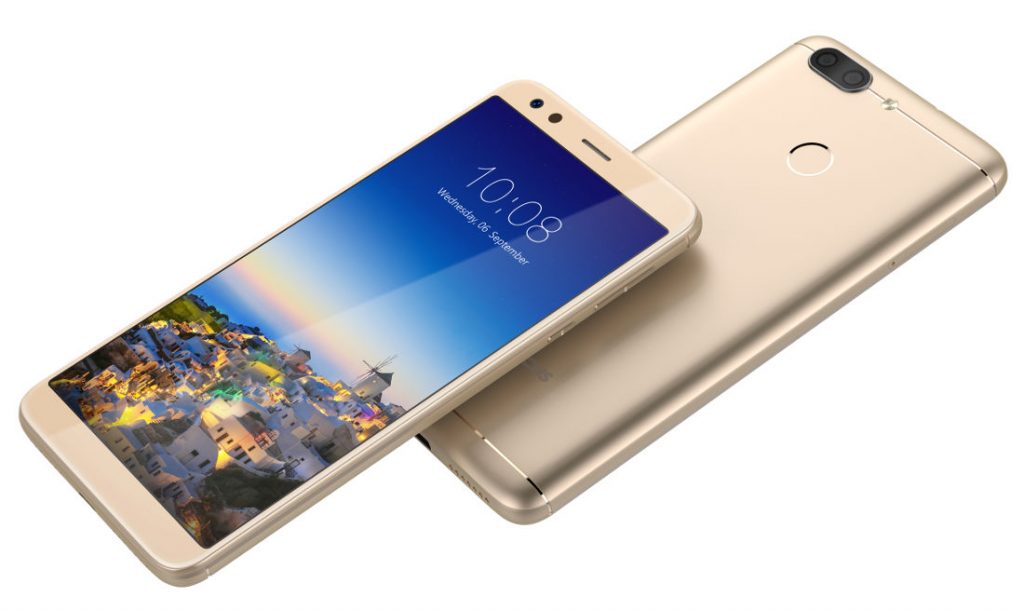 InFocus launched Vision 3 Pro, the company’s latest smartphone and the successor of last year’s Vision 3 in India. It has a 5.7-inch HD+ 18:9 2.5D curved glass display with 82.4% screen-to-body ratio, and runs on Android 7.0 (Nougat) with SMILE UX, same as the predecessor, but this has a 13-megapixel rear camera along with a secondary 8-megapixel camera with 120-degree wide-angle lens and a 13-megapixel front camera with Face ID to unlock the phone in 0.5 seconds.

It is powered by an Octa-Core MediaTek processor with 4GB RAM. It also has ‘Dualfie’, which allows users to simultaneously use the front and rear camera and display the image together on the large screen. It offers bokeh effect, beauty mode, and light up screen selfie.

It comes in Black and Gold colors, is priced at Rs. 10,999 and is available exclusively from Amazon.in. 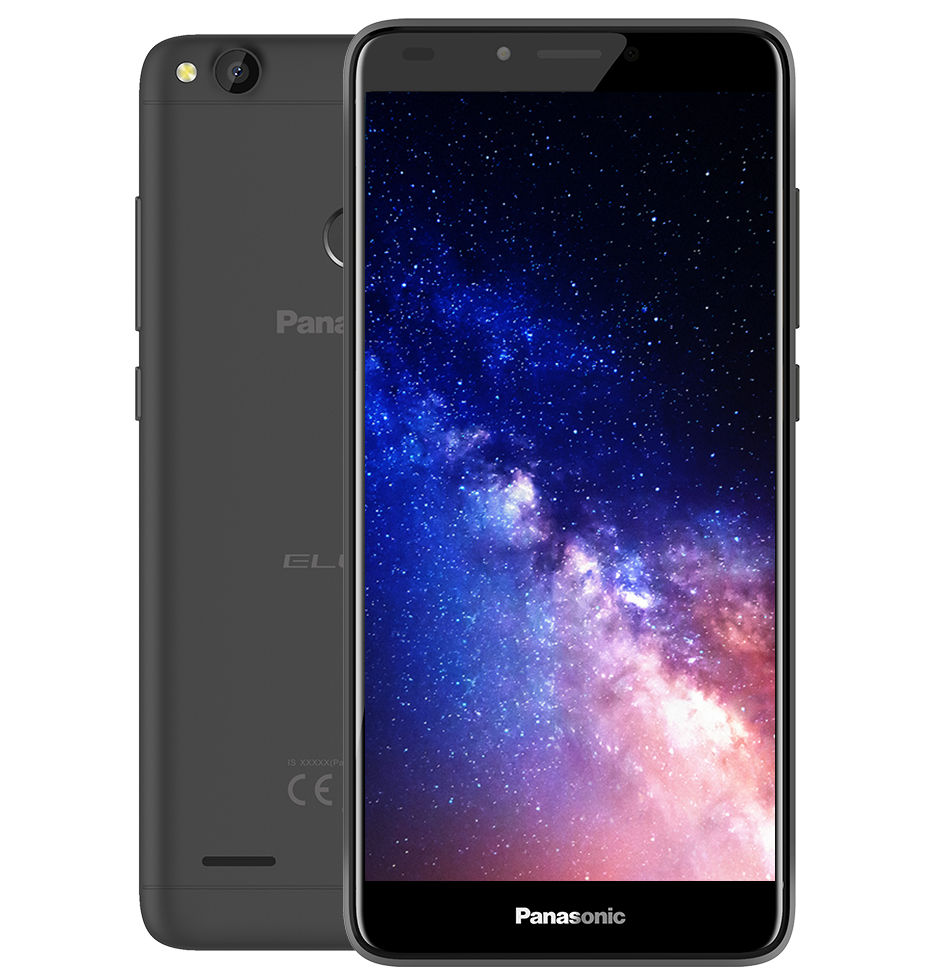 Panasonic launched Eluga I7, the company’s first smartphone with Full View display. It has a 5.45-inch HD+ 2.5D curved glass display, is powered by MediaTek MT6737H SoC, runs Android 7.0 (Nougat), has a 8-megapixel front and rear cameras, both with flash. It has dedicated dual SIM and microSD slots, has a fingerprint sensor on the back and packs a 4000mAh battery.

It also has Trusted Face recognition and  Trusted Voice that lets the user unlock their device with just a simple glance at their phones or by simply speaking into the phone. It also comes with Arbo Hub that adapts to user specific needs, interests and provides information to them w.r.t services such as cricket, news, payments, cab booking and more on one single platform. Arbo Hub will be available to the users of Eluga I7 through an over the air update (FOTA).

It comes in Blue, Black and Gold colors, is priced at Rs. 6499 and will be available exclusively from Flipkart starting from April 24th. 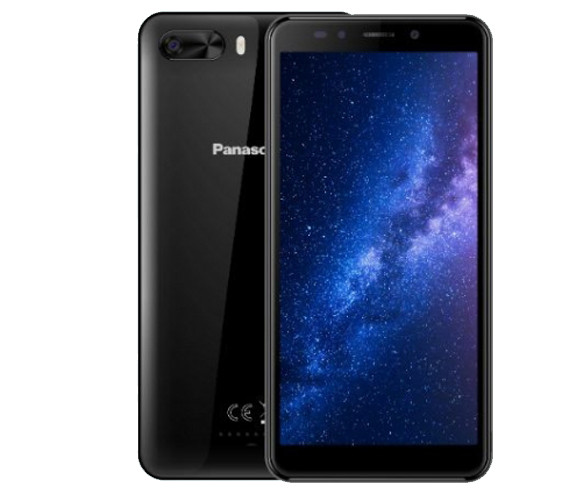 Panasonic also launched P101, the company’s latest budget smartphone and a variant of the P100 that was launched earlier this year. It has a 5.45-inch HD+ 2.5D curved glass screen with 18:9 aspect ratio, is powered by a quad-core MediaTek SoC with 2GB RAM, runs Android 7.1 (Nougat), has an 8-megapixel rear camera and a 5-megapixel front-facing camera, both with LED flash.

It has dedicated dual SIM and microSD slots and packs a 2500mAh battery, but it doesn’t have a fingerprint sensor. It comes in Black color, is priced at Rs. 6999 and is available from offline retailer Sangeetha Mobiles. 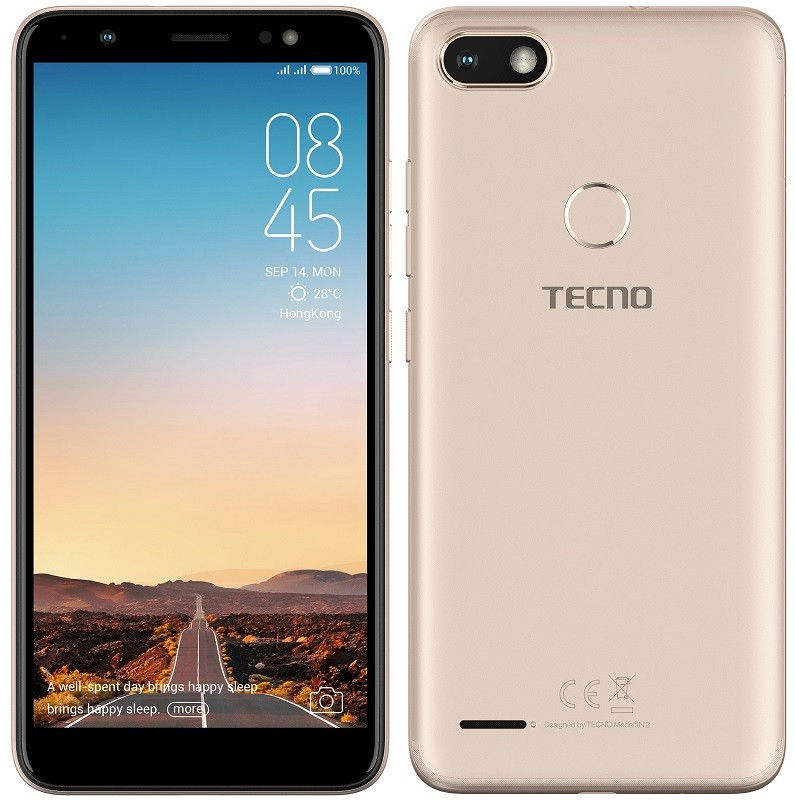 China-based Transsion Holdings’ TECNO Mobile launched Camon i Air Sky, the company’s latest budget smartphone in India. It has a 5.65-inch HD+ 18:9 FullView display, is powered by quad-core MediaTek processor and runs on Android 8.1 (Oreo) with the company’s own HiOS on top along with a 13-megapixel  rear camera with LED flash and an 8-megapixel front-facing camera.

It also has 2GB RAM and 16GB storage, features a fingerprint sensor on the back, has dedicated dual SIM and microSD slots, and packs a 3050mAh battery. It comes in Black and Gold colors, is priced at Rs. 7,499 and is available from offline retail stores across the country. 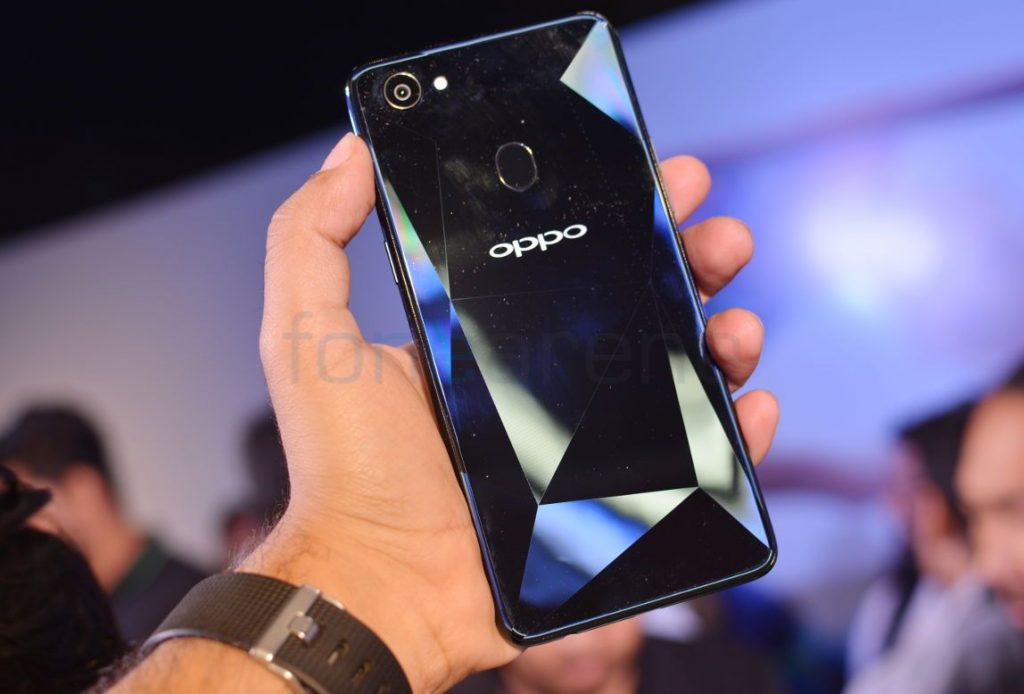 OPPO launched the Diamond Black 128GB Special Edition F7 in the country. This has a unique glass body that shimmers like gemstones, reflecting different colors with each glance from the use.

The OPPO F7 Diamond Black Edition is priced at Rs. 26,990 and will be available through Flipkart, Amazon.in, Paytm as well as  stores across India. Check out our OPPO F7 Review, if you are planning to get the smartphone. 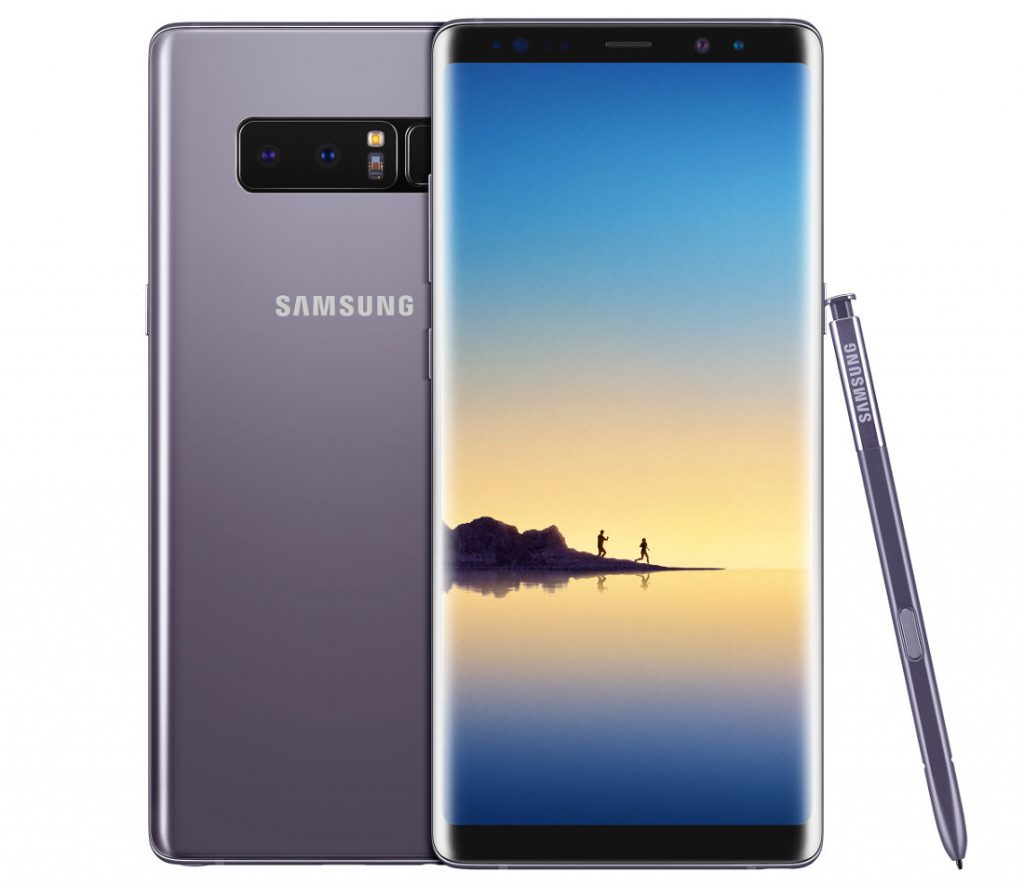 Samsung launched Orchid Gray color variant of its flagship Galaxy Note8 smartphone in India. It is available from Samsung Shop online as well as Samsung Stores offline at Rs. 67,900 with an additional Paytm cashback of Rs. 10, 000 at all leading retail stores. 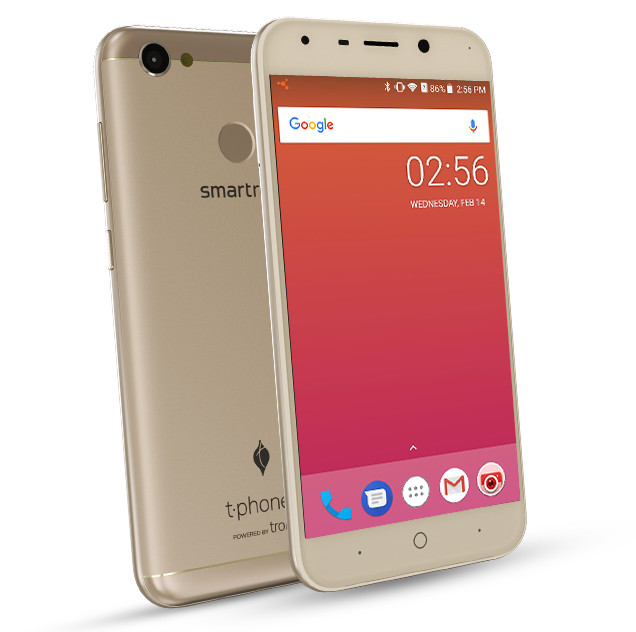 Smartron launched Gold Edition t.phone P in the country and also roped in Bappi Lahiri to reveal the smartphone. It costs Rs. 7,999, same as the Black version and will be available exclusively from Flipkart starting from April 22nd, 2018 at 11:59 PM. 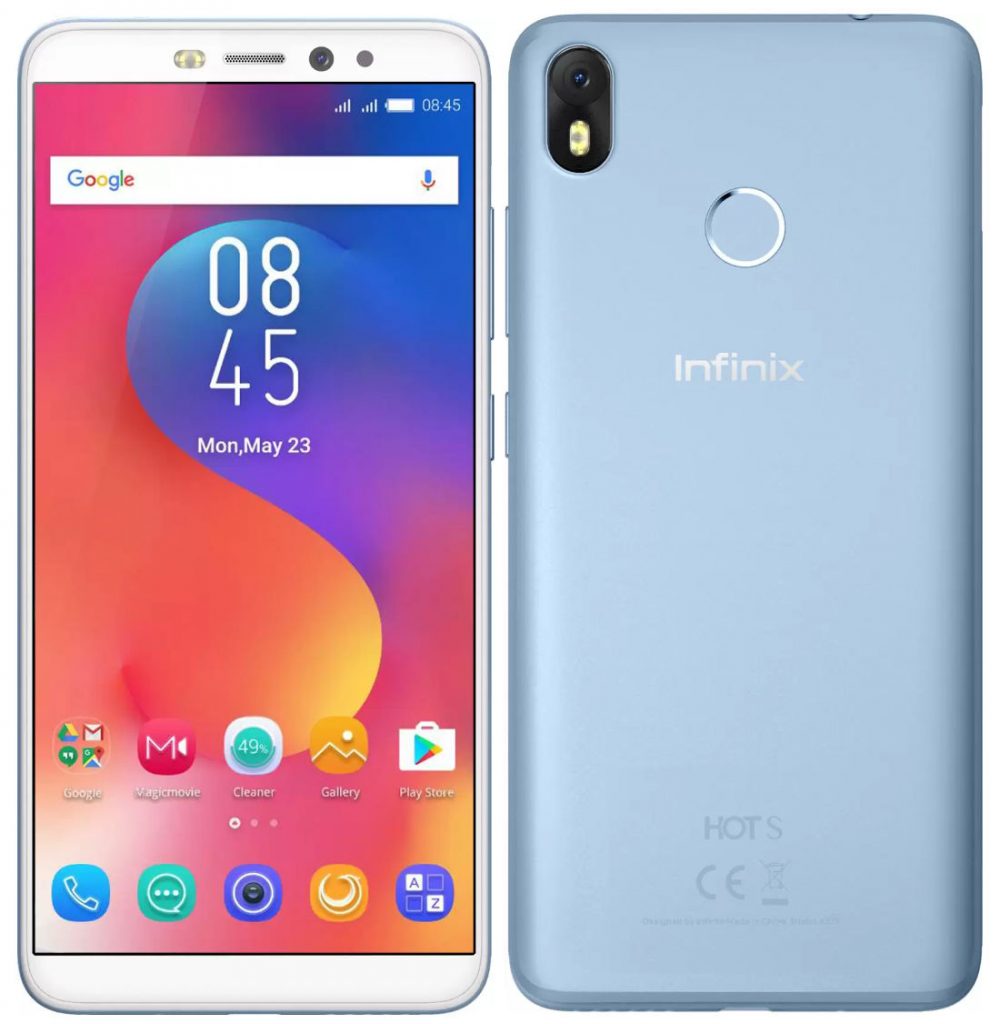 Infinix launched new Topaz Blue color variant of Hot S3 smartphone. It is priced at Rs. 8999 and is available exclusively from Flipkart.

Sony launched five new new wireless headsets – WF-SP700N truly wireless earbuds, Sony WI-C300, WI-SP600N and WI-SP500 in-ear headphones and WH-CH400 and WH-CH500 wireless on-the ear headphones. These were introduced at CES 2018 earlier this year. The WF-SP700N and WI-SP600N come with with support for noise-canceling technology blocks out distractions to keep you focused, while Ambient Sound Mode lets you enjoy your music and still hear your surroundings. The WF-SP700N, WI-SP600N and WI-SP500 are splash-proof with IPX4 ratings.

It also launched the SRS-XB10, XB21, XB31, XB41 wireless water-resistant speakers in India. These speakers were earlier introduced at the CES 2018 event earlier this year. These come with extra bass sound and Live Sound mode feature. 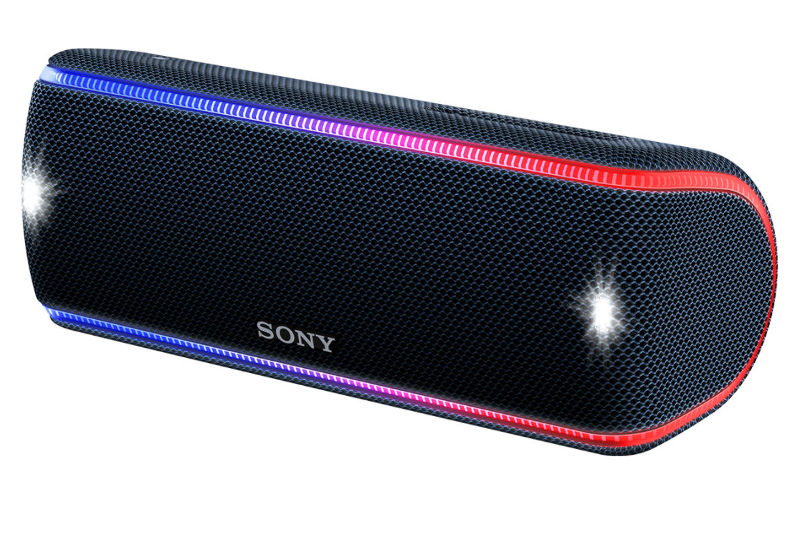 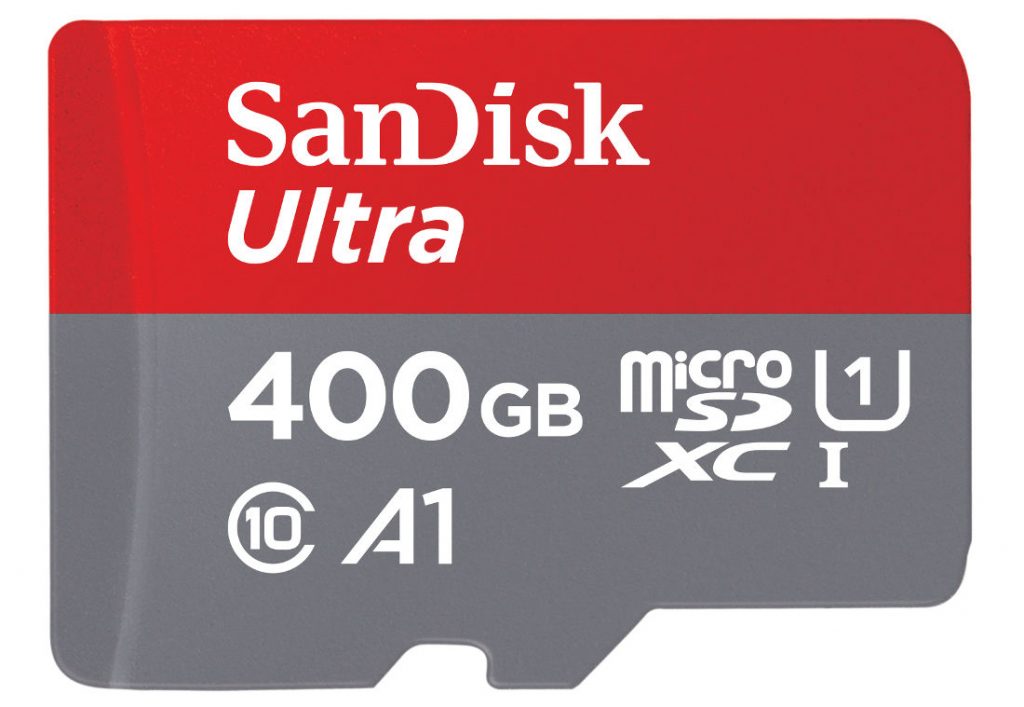 Western Digital Corporation launched SanDisk Ultra 400GB microSDXC, which was introduced as the world’s highest-capacity microSD card at the IFA 2017 in Berlin last year. It meets the Application Performance Class 1 (A1) requirements from the latest SD Association’s SD 5.1 specifications that lets the card to load apps faster. Most of the high-end smartphones should support this card.

The 400GB SanDisk Ultra microSDXC UHS-I card is priced at an MOP of Rs. 19,999 and is available from Flipkart and is backed by ten-year limited warranty. It is also available from Amazon.in at a slightly higher price. 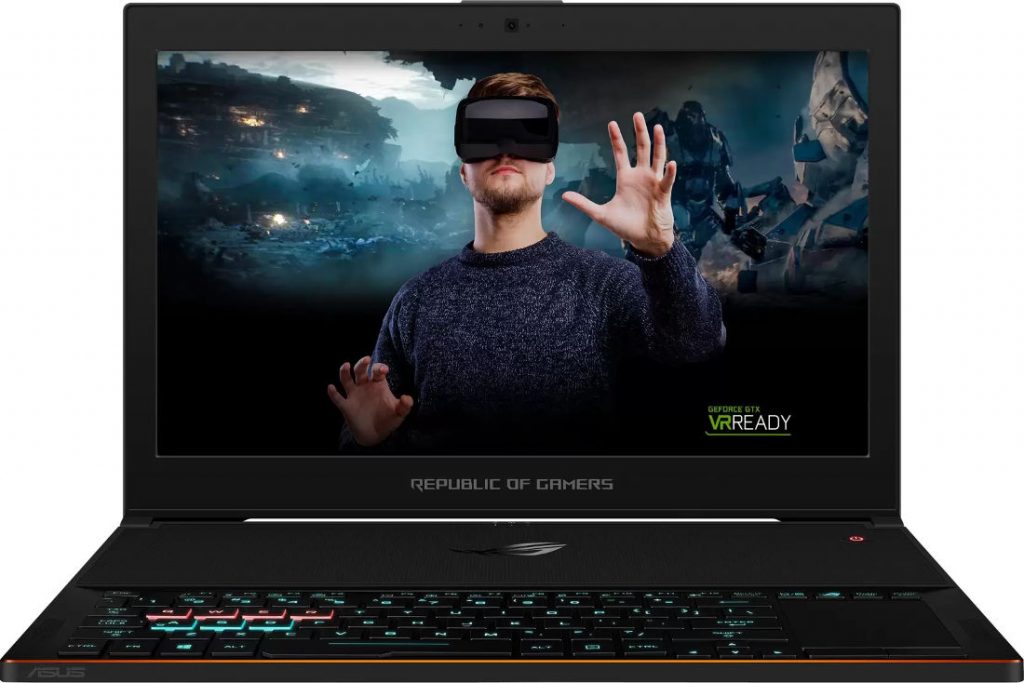 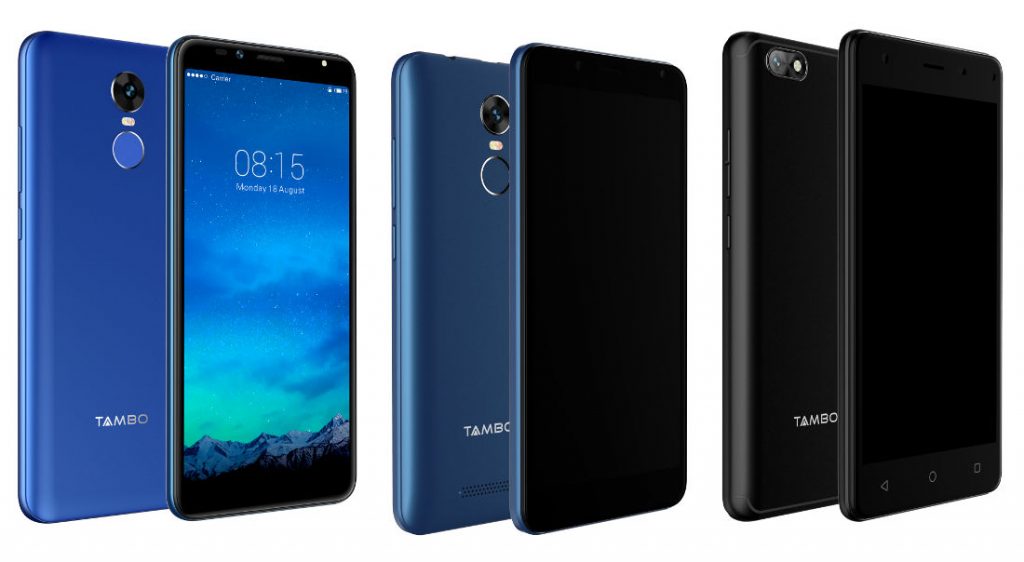 These are priced between Rs. 600 and Rs. 7000 and will be available at retail outlets spread across India. The company is offering 200 days replacement along with one-time screen replacement within 365 days of buying the phone. It aims to have more than 600 service centres by the end of FY 2018. 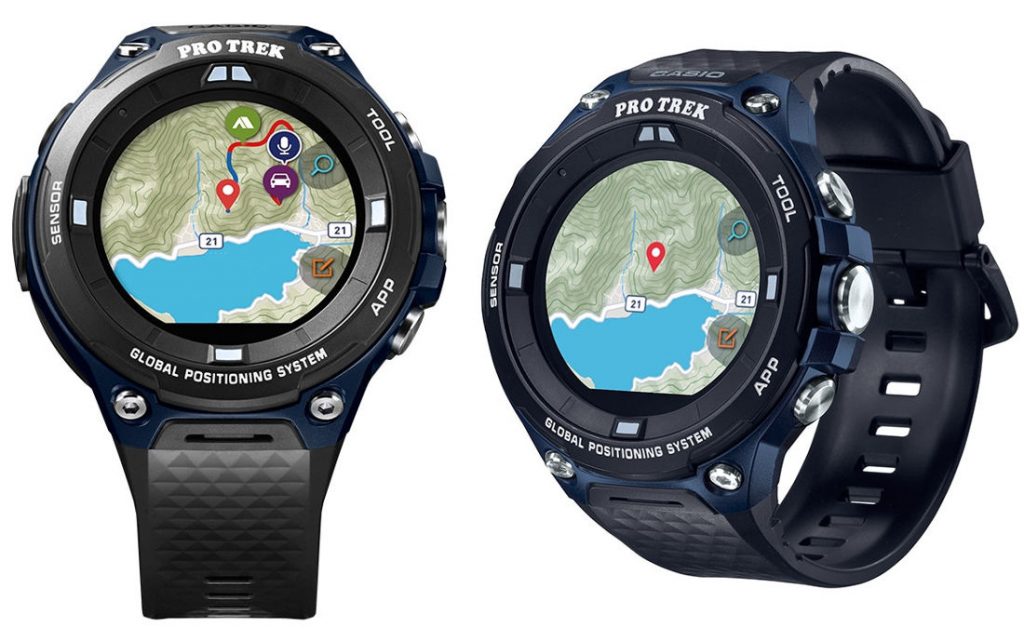 Casio introduced the new Pro Trek smartwatch, it runs on the Wear OS by Google operating system. The smartwatch comes with water resistance up to 50 meters and has passed the Military Standard 810G Durability.

The Casio Pro Trek smartwatch features low-power GPS and full-color maps with navigation that will be available even when the watch is offline. It also supports wide-range indoor and outdoor activities since it can also function as an activity tracker.

It has Digital Compass, Altimeter, and Barometer. The smartwatch features a Dual Layer LCD display and Microphone for voice commands. It is priced at $399 (Rs. 26,212 approx.) and will be available in May from select retailers and online at ShopCasio.com. 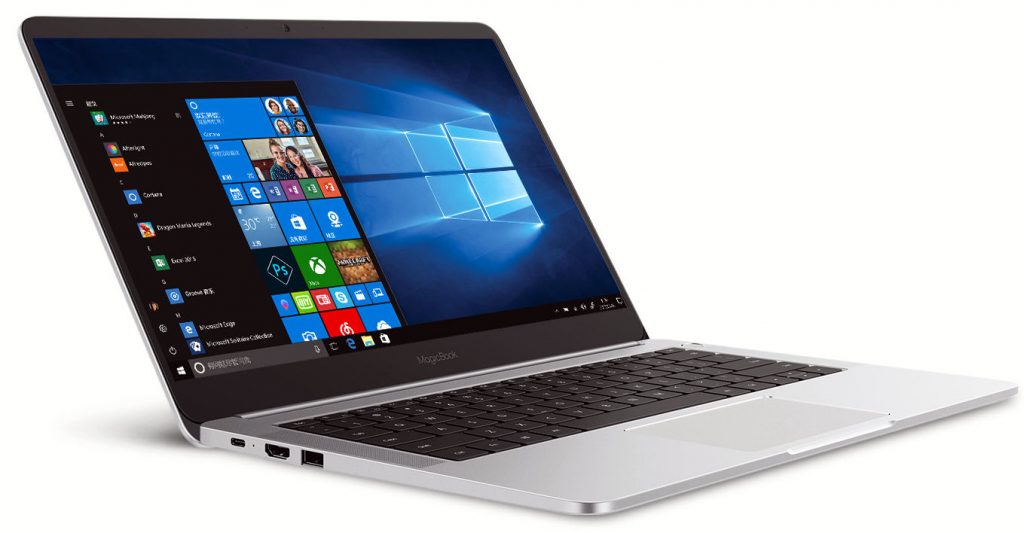 Huwei’s Honor brand along with the Honor 10 also introduced the MagicBook, a light-weight notebook weighing just 1.47 Kgs. It has a 14-inch Full HD display with 5.2mm narrow bezels and a screen-to-body ratio of 81%, is powered by 8th Generation Intel Core i5 or i7 Processor with 8GB RAM and 256GB SSD. It also a 2GB NVIDIA GeForce GeForce MX150 graphics.