Samsung SM-G8750 with Snapdragon 660, 4GB RAM and Android 8.0 (Oreo) surfaced in benchmarks, and the phone with model number SM-G8850 got certified by TENAA earlier this week revealing similar specifications as the Galaxy S9. Now the phone has surfaced on AnTuTu that once again confirms Snapdragon 660 SoC for the phone. 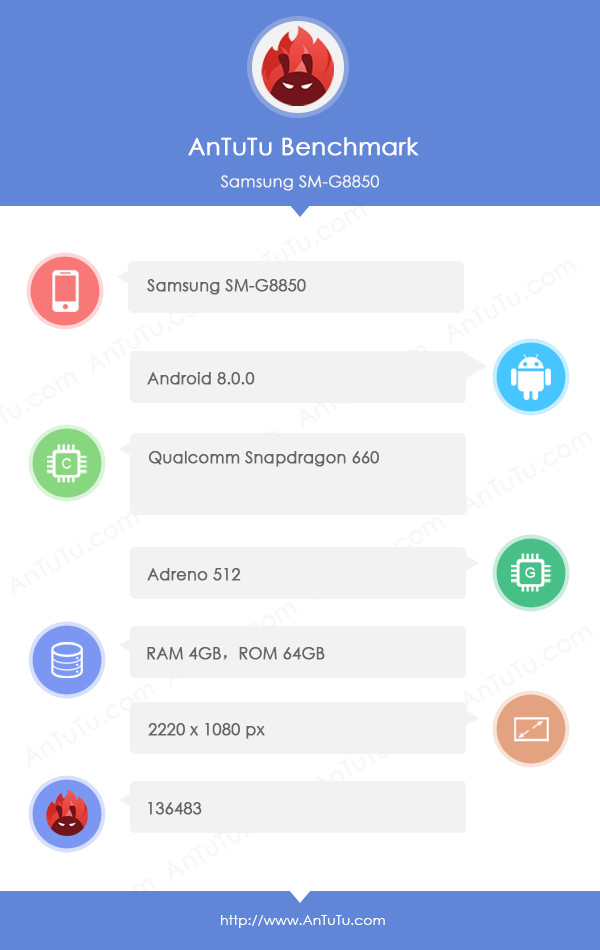 Now it is doubtful if the phone will be launched as the S9 variant in China or as the S9 Mini. The phone scored 136483 points on AnTuTu, similar to other Snapdragon 660-powered phones.

The Samsung SM-G8850 will come in Black and Blue colors. The phone is expected to go official in coming weeks.