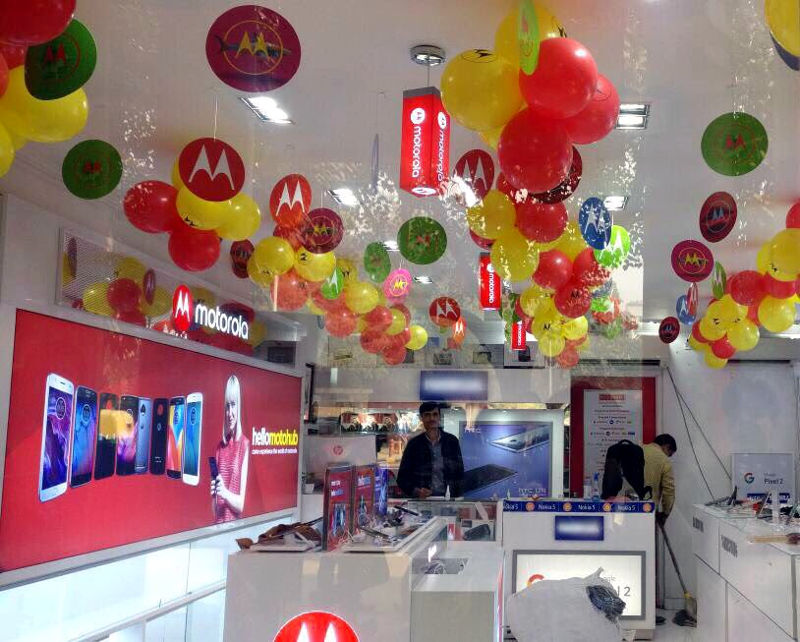 Motorola has been expanding its retail footprint across India rapidly. Earlier this year it opened 50 new Moto Hubs in New Delhi, and recently in opened 25 stores in Kolkata and 50 stores in Mumbai. Today the company has announced the opening of 100 new Moto Hubs in Karnataka that includes 50 in Bengaluru, with a focus of strengthening retail store in the southern region.

The Moto Hub store will house the entire portfolio of Motorola devices, including the online exclusives such as Moto X4 and Moto MODs as well as accessories like on-ear and in-ear headphones, moto shells and covers.

Few months back Motorola announced a strategic partnership with Poorvika Mobiles across 43 cities in Tamil Nadu, Pondicherry and Karnataka and with Big C and Lot Mobile stores across 55 cities in Andhra Pradesh and Telangana.

The company already said that it is planning to open 1000 new Moto Hubs in top 100 cities by the end of 2018, in the second phase of retail expansion.

We are highly focussed on sharing meaningful experiences with our customers and hence making their journey with our brand more memorable. We have received an overwhelming response at all the previously opened Moto Hubs across the country and are equally positive that the people of Karnataka will reciprocate with equal or more enthusiasm.