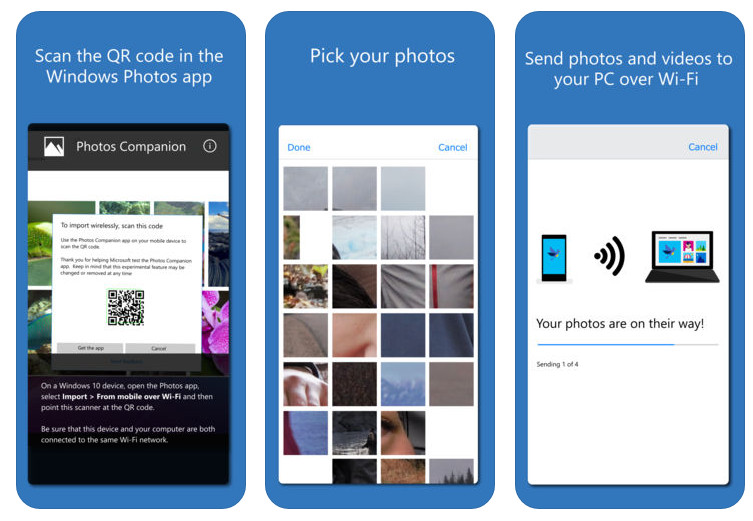 Microsoft today released a new photos app named ‘Photos Companion” for Android and iOS which is designed to make it easier to transfer photos or videos from a phone to a PC. The new app is released as a part of the Microsoft’s Garage project which lets employees release experimental apps.

The app has been in development for quite some time which links directly to Windows 10’s built-in photos app. But if you are already using OneDrive or or any other cloud service, this app is probably isn’t for you. Microsoft says that it has designed the App keeping students in focus making it easier for students in getting the content captured on their phones onto their project PCs. 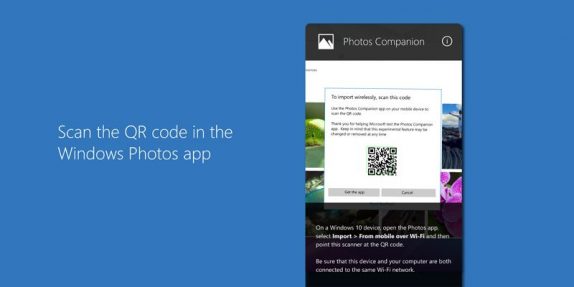 The app works by temporarily linking (via QR code) to the Windows 10 photos app. You can send multiple photos over the same Wi-Fi network, and they appear immediately in the photos app installed on your smartphone. It doesn’t permanently link to a Windows 10 PC, but comes in handy if you don’t use any sort of Drive to backup photos.

Furthermore, you can start a video project in the Photos app on the PC, and add pictures and videos from your phone directly into a project. You can further enhance, edit, customize with ink, and share photos with friends. The Photos Companion App is available for Android and iOS and you can download right away.