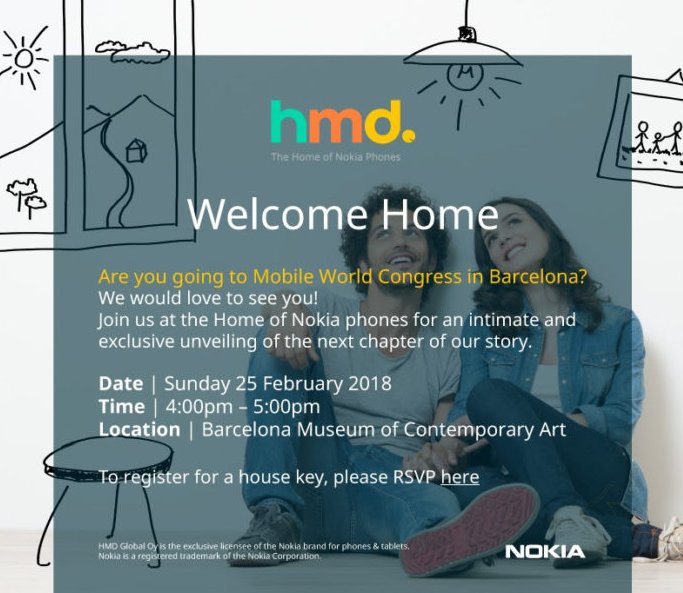 HMD global just confirmed its MWC 2018 press conference on February 25th, 2018 where the company is expected to launch Nokia 9 flagship as the successor to the Nokia 8 . The company’s Cheif product officer, Juho Sarvikas‏ confirmed the same on Twitter.

While the news about Nokia 9 isn’t confirmed but given the scale of the event, it is very likely the company would introduce the flagship along with few mid-range phones like the Nokia 1 with Android Oreo (Go Edition), Nokia 4, Nokia 7 Plus and a possible global variant of the Nokia 7. The recent developments in the updated camera APK revealed the information about these upcoming phones.

While these are just rumored specifications, we should know more details about the Nokia 9 and other phones are announced at the MWC 2018 event next month. HMD Global event is scheduled to take place on February 25th, Sunday, at Barcelona Museum of Contemporary Art and starts at 4PM CET (8:30 PM IST).