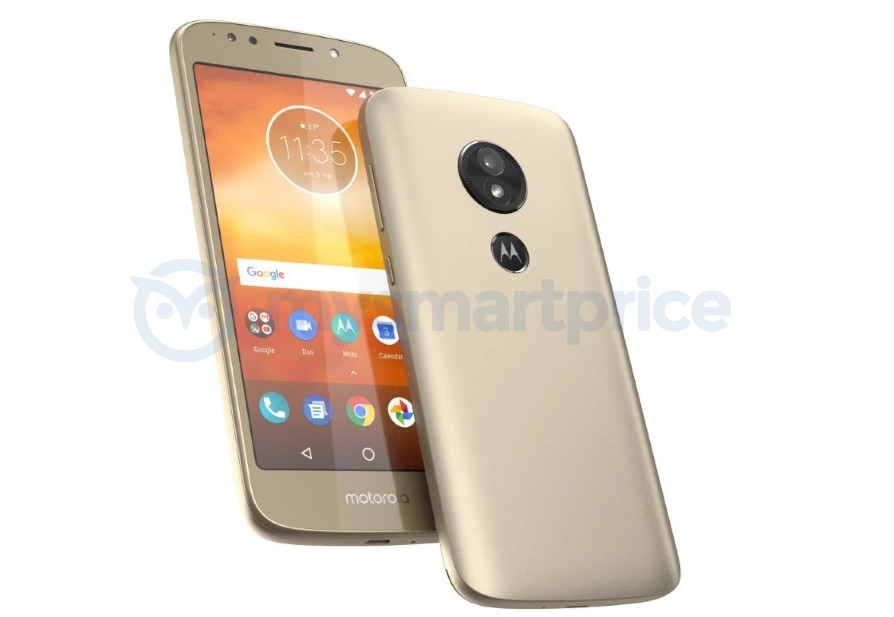 Motorola E4 was launched in June 2017, and if we are going to make a blind guess of the Lenovo’s smartphone upgrade cycle, the successor to the E4 aka the Moto E5 is expected to go official around the same time. But before the launch, we are now seeing the leaked image of the E5 showing the device in its full glory.

Going by the leaked image, the E5 will have a unibody design with rear-mounted fingerprint sensor within the Motorola logo. The front facing camera will be supported by the LED flash for selfies, and the on-screen buttons similar to its predecessor are retained. The company is still sticking to the microUSB port instead of moving to the USB Type-C.

The volume and power buttons are present on the right, and the rear has a just single camera with traditional camera bump. The Motorola Moto E4 was powered by a MediaTek chipset, and it is possible that Lenovo might be using MediaTek chipset for E5 as well. Other features include a 5-inch HD display, Dual SIM, Wi-Fi, Bluetooth and 3.5mm audio jack.

The Moto E5’s clock widget shows April 3, 2018 (Tuesday) and if the date is an indication, the launch is expected to happen even before the Lenovo’s launch cycle. As for the pricing, the device is rumored to be priced somewhere between Rs. 7,500 and Rs. 9,500. However, nothing is confirmed just yet, so its safe to take the news with a pinch of salt.