OnePlus released its first OxygenOS Open Beta 1 based on Android 8.0 (Oreo) at the end of last month. This week it has released the second Beta update for the phone that brings fixes for several launcher issues, Camera UI improvements, improvements in reading mode, vibration, Bluetooth audio and several fixes. 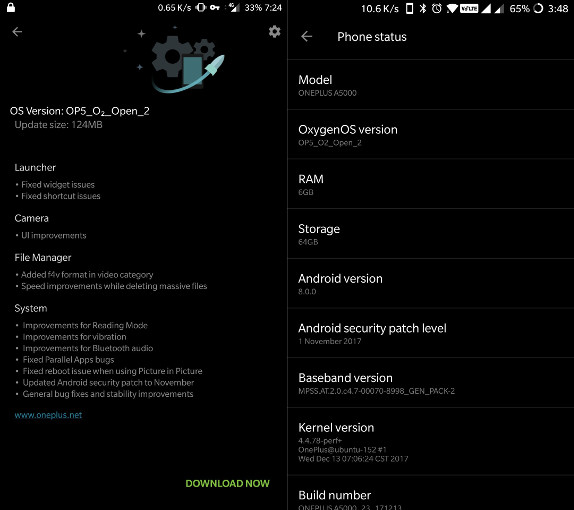 OnePlus is also asking users to fill its UX & UI survey and you can also report any bugs you find using the bug report forums since this is a beta update.  Check out the complete changelog below.

The update is 124MB in size and comes with November Android Security update. If you’ve already flashed a previous Open Beta build, you will receive this update via OTA. If you haven’t, you will need to flash this manually by downloading it from downloads.oneplus.net.  OnePlus already promised final Android Oreo update for the phone by early 2018.