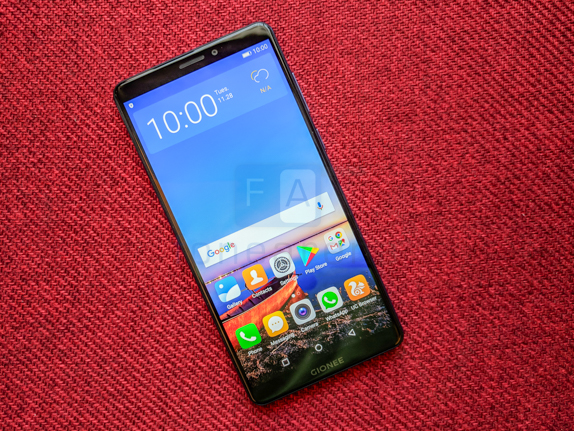 The formula for a good smartphone might be straightforward but perfecting it takes time and whole lot of effort. Over the years we’ve seen steady improvements from Gionee. The Gionee M7 Power is the latest from the company to take on the highly lucrative mid-range segment. Read on for our review.

The Gionee M7 Power is without a doubt the most different looking smartphone in its category. Not the most original, sure, but certainly different. There’s very obvious design influences from Huawei’s devices but we’re willing to forgive that. The obvious selling point here is the ‘FullView’ display that results in reduced bezels all around. Indeed this makes the phone a bit easier to hold and generally smaller than what the display size betrays. 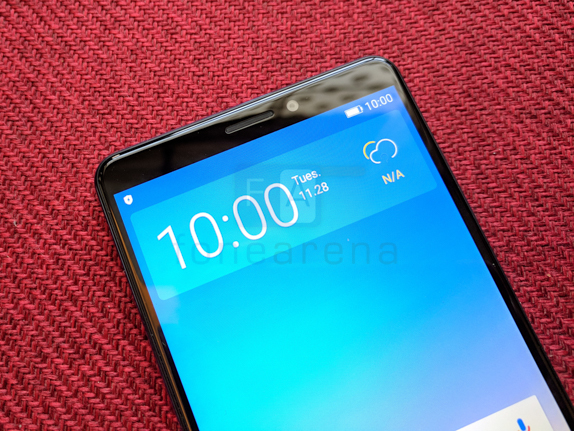 Flanked by minimal bezels on all sides, the Gionee M7 Power has a 6 inch display. At the top lies the earpiece alongside the front facing 8MP camera. A Gionee logo lies along the bottom edge. The phone employs on-screen controls to save space below the display. The right side is where you’ll find the volume controls and the power button. The latter has a ridged edge which makes it easy to identify and use without having to look at the hardware. The left side is where you’ll find the Hybrid Dual SIM slot. 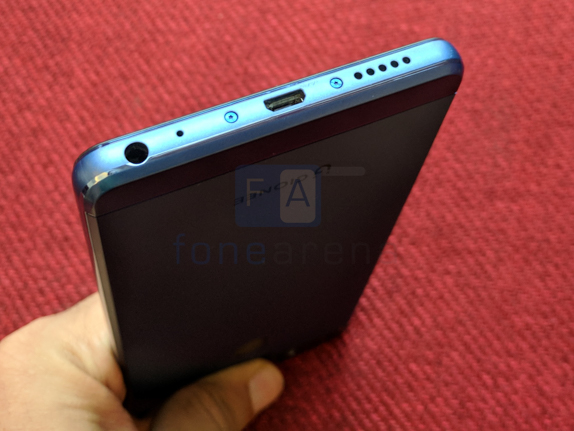 Along the bottom edge of the phone, you’ll notice the micro USB connector and headphone jack. For a phone launching as we’re about to enter 2018, it is disappointing to see the lack of Type C support. On the other hand you do get an IR Blaster. Gionee has bundled in the Peel Remote app that lets you control your television. We tested out the more feature-packed Mi Remote app and were able to control our air conditioner and more as well. 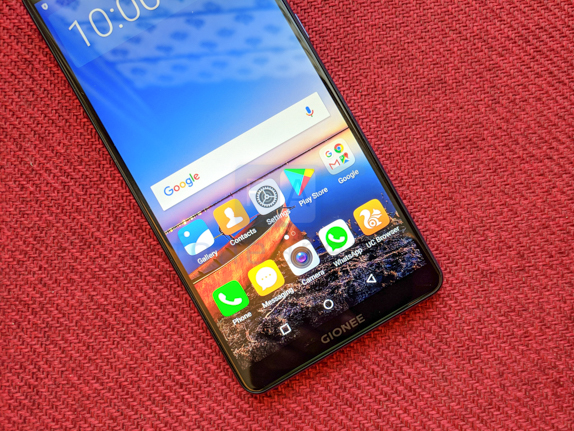 Let’s talk ergonomics. Despite the 6 inch display, the Gionee M7 Power is closer in size to a device with a 5.5-inch panel. This makes it much more comfortable to hold than we expected. Gionee has done well to round off the edges to make sure that the phone doesn’t dig into your palm. In terms of weight, we found it a bit heavy at 187 grams but that’s the tradeoff you have to make for a large battery. 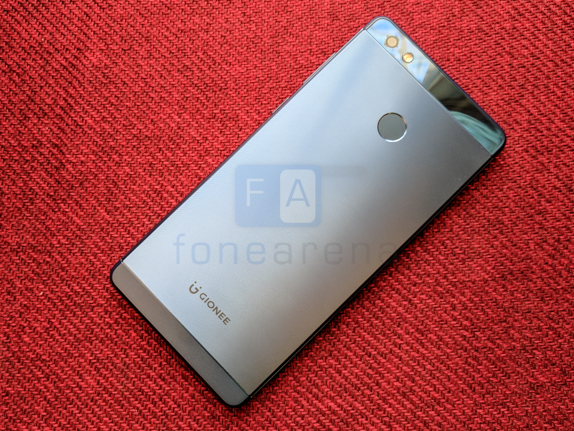 That Huawei inspired design we talked about earlier is more prominent at the back. The aluminum back has a really nicely textured back that feels great in the hand. It is not really as grippy as we’d expected it to be but manages to keep away fingerprints and scratches. Unlike what the image above shows, the texture isn’t matte and is more of a cross-hatch pattern. Plastic panels flank it at the top and bottom to improve wireless reception. Unfortunately, the lower plastic panel is matte while the one at the top is glossy which makes it look mismatched. We love the blue color chosen by Gionee and it really makes the phone stand out.

The Gionee M7 Power ships with Amigo OS 5.0 onboard. Built on Android 7.1.1 with the September security patch, the phone drops any pretense of being anywhere close to stock Android. The entire experience is completely customized and modified to include a whole range of functionality and apps that you or may not appreciate.

Right from the lock screen, there’s a lot going on with the M7 Power. It is possible to have the wallpapers cycle automatically. The built-in function also overlays descriptive text over the wallpapers but this makes things look very busy. The lock screen is a typical derivative of iOS. There’s no app drawer as such and all the icons are dropped onto the home screen directly. Talking about apps, there’s a whole host of preloaded content including demos of games that eat into the storage.

The notification hub and settings menu are also suitably skinned. Truth be told, we’re not big fans of Amigo OS. As more and more devices head towards lightening the load and providing a near stock experience, more so in the entry to mid-range segment, Gionee has a completely opposite approach.

Without a doubt, the Achilles heel of the Gionee M7 Power has to be the specifications. The phone is powered by a Snapdragon 435 processor, a chipset that is seen in devices at half the price point. Pair that with the heavy skin onboard and you observe that even day to day usability suffers to a degree. There’s a certain latency to general operations and the phone never feels as speedy as it should be. In terms of RAM, there is 4GB onboard and while on any other device, this would be more than satisfactory for performance, unfortunately this is not the case on the Gionee M7 Power. Apps get cleared out from RAM quickly and in case you are juggling games, you’ll often have to start from scratch. 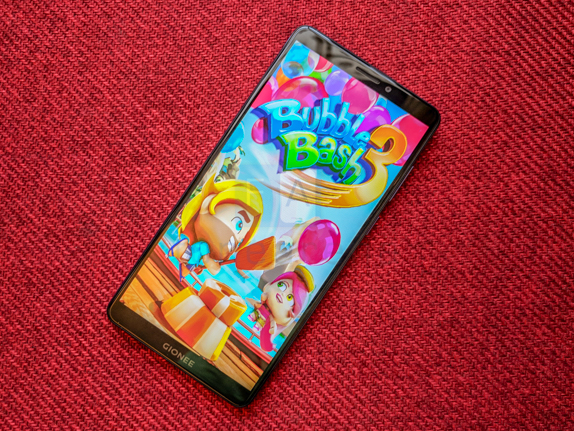 The display on the Gionee M7 Power is a 6-inch 18:9 panel with a resolution of 1440 x 720 pixels. It might not be the highest resolution panel but it looks quite good indeed. The screen errs on the side of oversaturation but that is usually preferred by the target demographic and truly, colors seem to pop right out of the panel on the Gionee M7 Power. Viewing angles too are great and we had no trouble viewing the phone outdoors. As long as you are not looking for accuracy, the display is certainly one of the USPs of the Gionee M7 Power.

The Gionee M7 Power has a 13MP rear camera with LED flash, an f/2.0 aperture as well as PDAF. Despite having phase detection autofocus, we observed that focusing was often hit or miss. When it did manage to get a focus lock though, images were mostly pleasing to the eye. 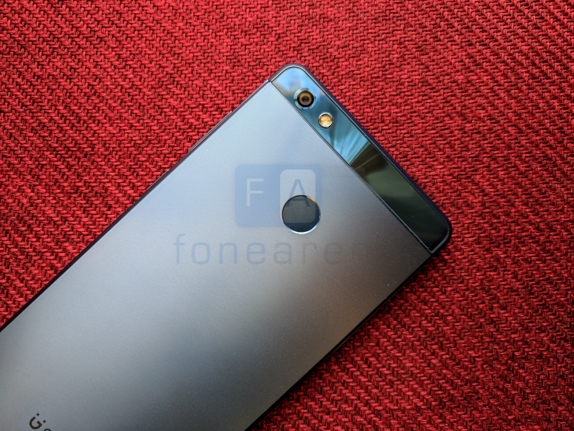 Up towards the top left corner, you’ll observe the camera and LED flash. In the image below, you’ll notice that the phone does a decent job of preserving highlights and dynamic range is quite decent too.

In harsh lighting like the street shot where the sun was shining down just above the building, the phone still manages to expose well and maintains details in the shadow region. It is only the sky which is a bit blown out but that tends to be the case with most mid-range phones. The shot of the pine cone exhibits the low light capabilities of the phone which are frankly passable at best. You’ll struggle to get a stable shot and the noise levels are high enough that you’ll want to minimise low light photography using the Gionee M7 Power.

In terms of connectivity, the Gionee M7 Power has the standard loadout including WiFi b/g/n, 4G VoLTE, Bluetooth and GPS. It is nice to see the presence of FM Radio onboard since that remains a widely used feature in India. The phone, unfortunately, employs a hybrid Dual SIM solution which means that the second SIM slot doubles up as a microSD card slot for expansion. You’ll have to make up your mind whether you want to increase the built-in 64GB of storage or use a second SIM slot. Additionally, there is an IR sensor at the top. We installed a number of third-party automation apps and they all worked well. The built-in Peel remote application isn’t particularly useful and we would recommend that you install Xiaomi’s IR remote blaster app that gives you access to a broad spectrum of consumer electronics that can be controlled with your phone.

The battery, of course, is the other big USP of the Gionee M7 Power. The 5000mAh unit is no joke of course and consistently delivered 2 days of average use. Even with extended use including a lot of media playback, heavy browsing, we couldn’t get the phone to die over the course of the day. This bodes well for users who want rock-solid battery life. There is fast charging support as well that will come in quite handy to top off the large battery onboard. 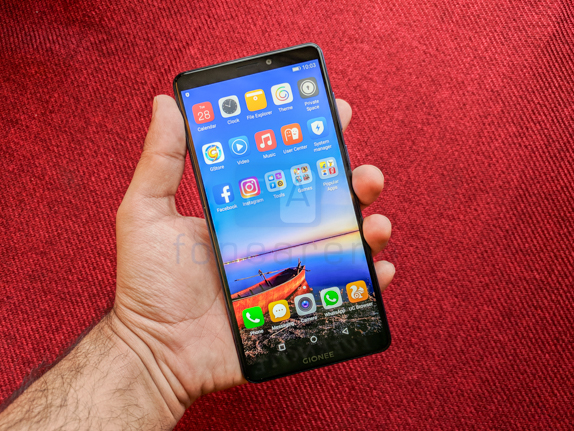 All in all, the Gionee M7 Power is a decent phone that is quite overpriced. The 18:9 display on offer is visually appealing but is also fast becoming a standard feature amongst all mid-range phones. We found the camera to be above average and the battery life to be exemplary. All of these, however, do not negate the fact that the performance can on occassion be glacial and you can get similar specs and performance on a phone that is much lower priced. The Gionee M7 Power is priced at Rs. 16,999.