OnePlus has released its first OxygenOS Open Beta 1 that brings Android 8.0 (Oreo) for the phone, as it had promised at the OnePlus 5T launch earlier this month. It brings all the Android Oreo features such as background limits that puts a big priority on improving user’s battery life, snoozing that lets users to snooze notifications to reappear at a later time and wide-gamut color for apps among many other things. 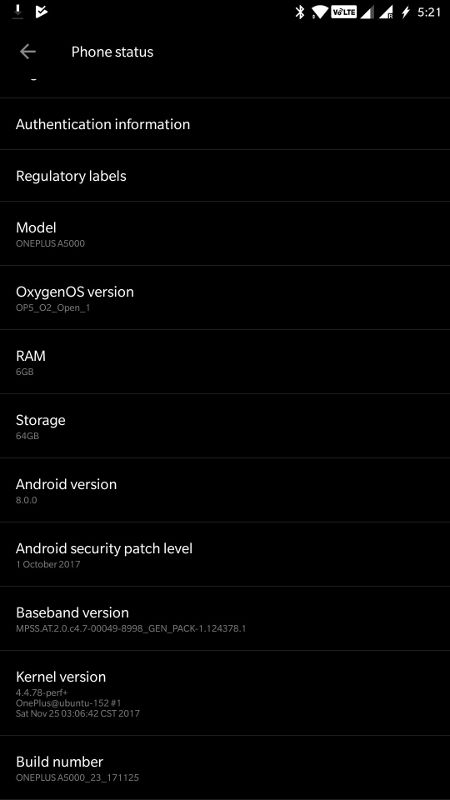 You can check out our top 5 Oreo features post to know more about the core features of Android 8.0 update. It also includes changes in Launcher and Android security update for October. Check out the complete changelog below.

Since this is the first beta you will need to flash it manually by downloading the ROM that is 1.56GB size from downloads.oneplus.net. You should get the OTA update automatically from second beta. OnePlus has promised final Android Oreo update for the phone by early 2018.