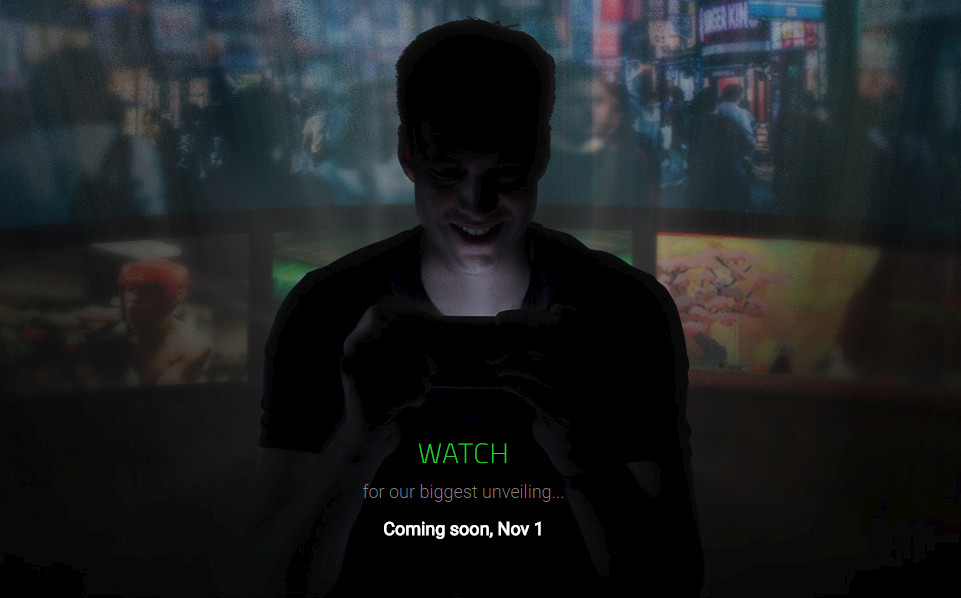 A smartphone from Razer has been flying around for quite some time now, even before the company went ahead and bought Nextbit, there were speculations that Razer will be launching a smartphone in the near future. Today, the company has posted a teaser image of their next big unveiling which points at a smartphone. The teaser posted on Razer Twitter account indicates the event scheduled for November 1st.

Though the image doesn’t reveal anything about the device, it sure hints at a smartphone going by the picture. It is being heard many times that Razer is seriously working on a smartphone for hard-core gamers that and Razer owner Nextbit CEO’s tweet surely makes it sound like it is indeed a Razer smartphone that is going to be introduced at the event.

Though it is too soon for conclusions, our initial guess since it’s a Razer device, Customizable LEDs could very well dominate one portion of it and might be integrated with other device enabling it as a gaming device.

We guess the company would take cues from Sony and find a way to stream games from Razer laptop to the phone or much to our surprise; it could very well be a standard phone after all. There is a chance that the company would include some unique features of Nextbit if it indeed is a phone.

All these are just speculation and guessing games; we will have to wait for some more time to know more details about what is coming.