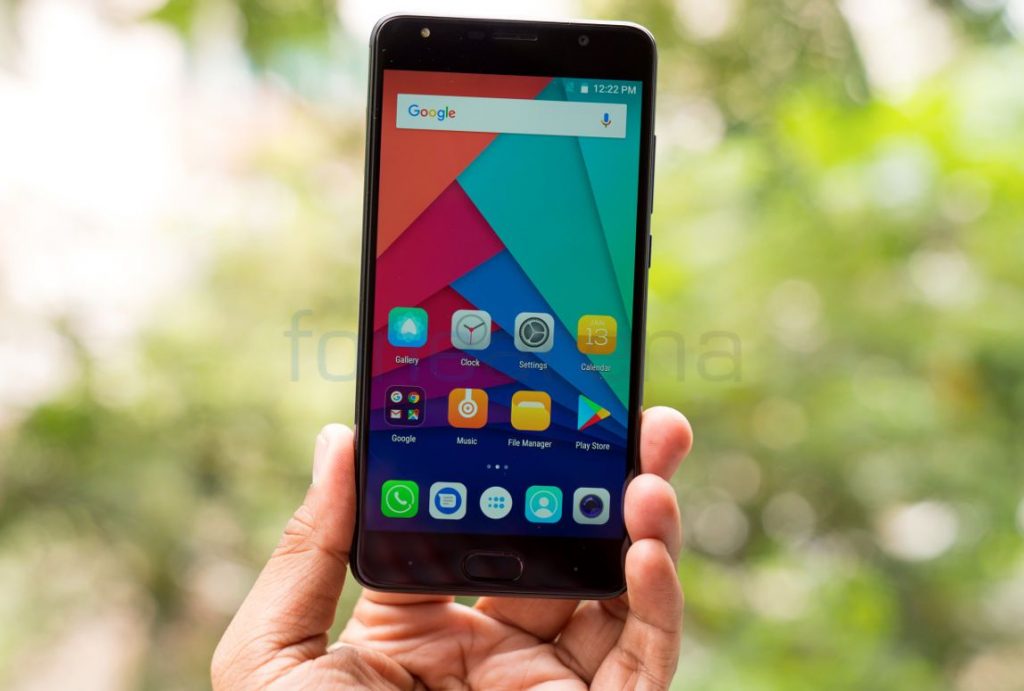 It is so obvious that the Micromax is desperately trying to secure its place in the Indian smartphone market. In an aim to up their game and compete with other companies, Micromax recently launched the Evok Dual Note with dual rear cameras at sub Rs. 10,000 segment. 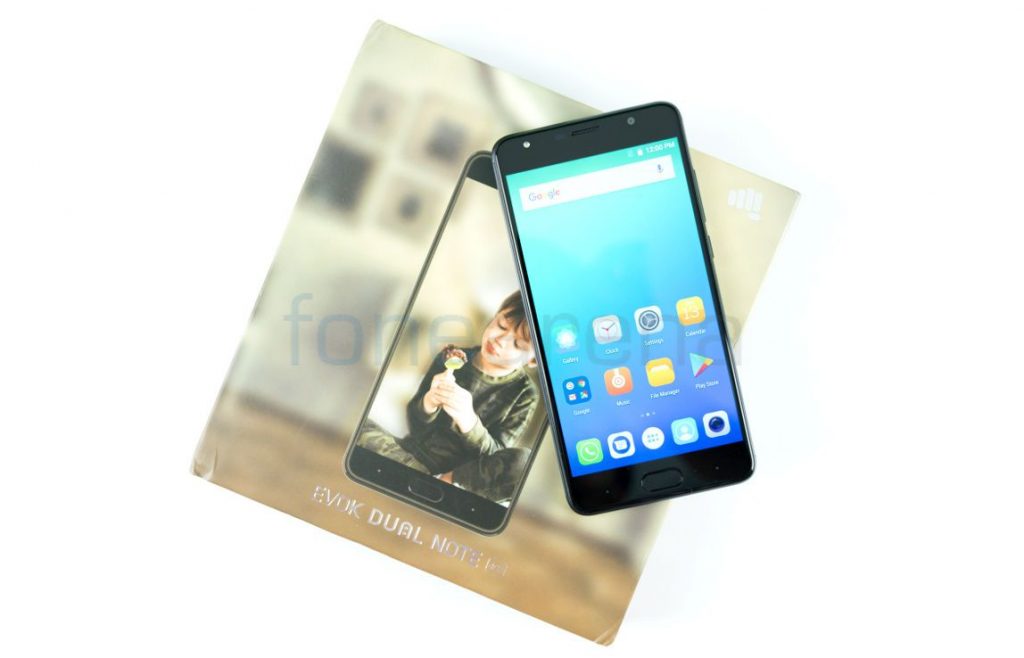 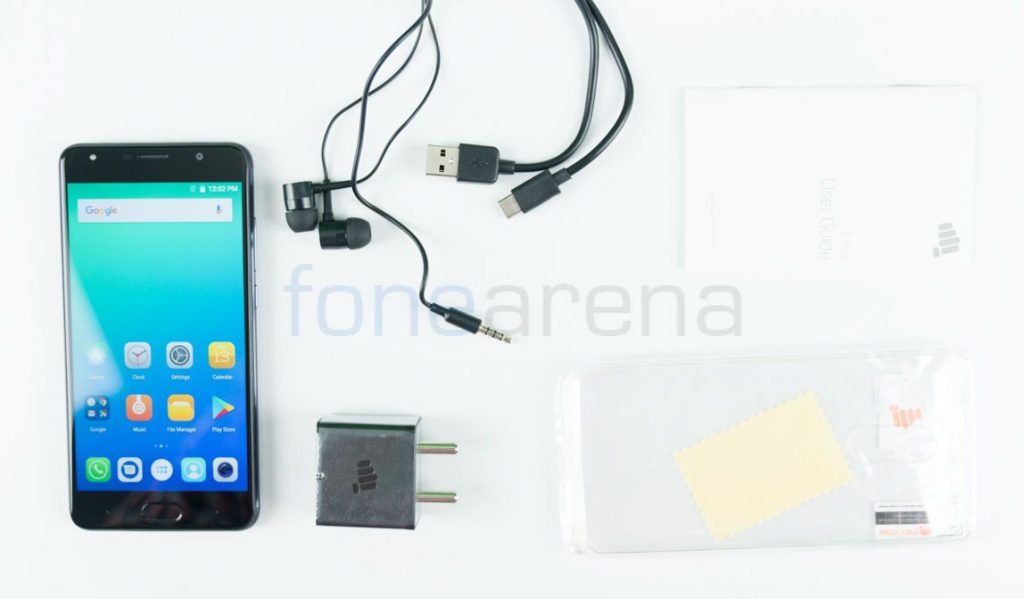 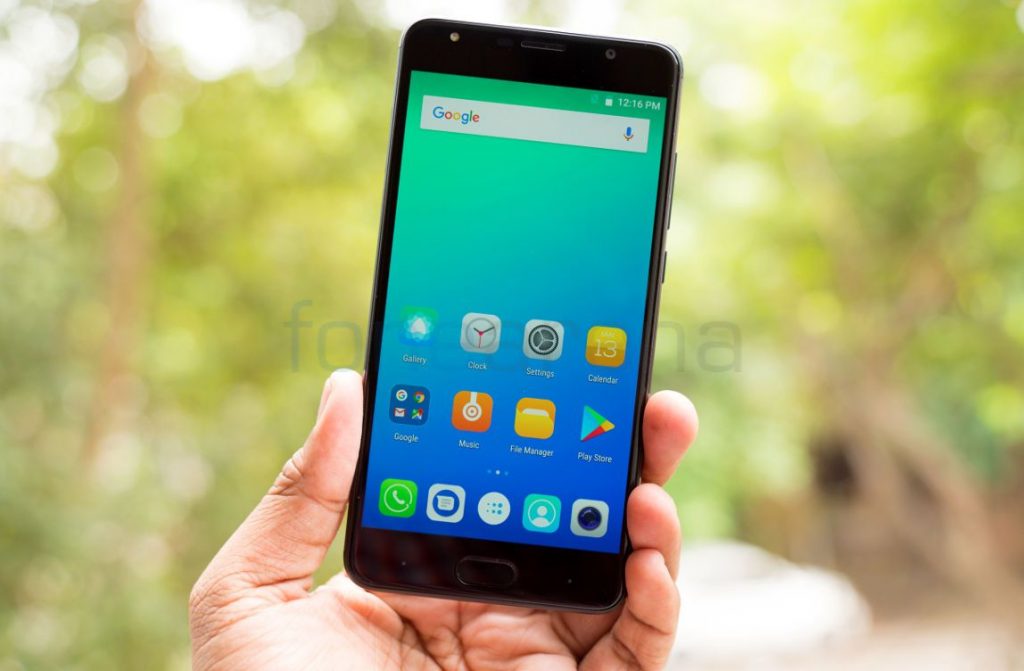 The Micromax Evok Dual Note comes with 5.5-inch Full HD 2.5D curved glass display with a resolution of 1920 x 1080 pixels. The display is bright enough but looks faded in most of the parts. The viewing angles are good, but color reproduction and sunlight legibility are average. 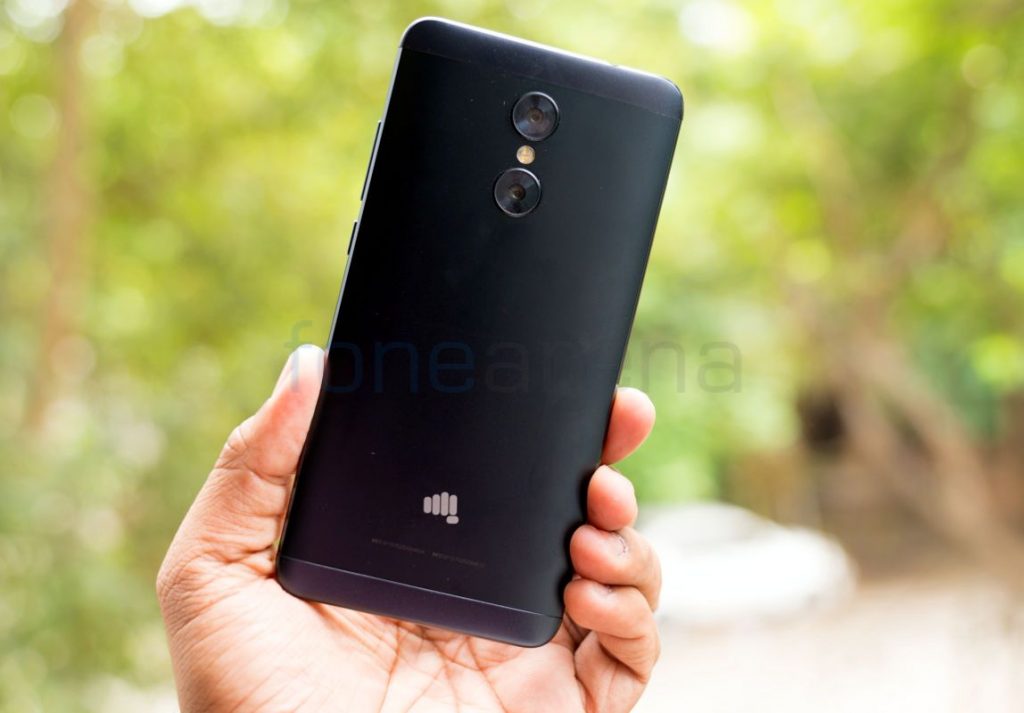 Moving on to design, the Evok Dual Note looks glossy, premium at the first look. In fact, it is sleek and fits well in the hand without any slipperiness. This smartphone comes in a metal unibody design with solid build quality.

In terms of placement, we have a volume rocker, the power button on the right, hybrid slot (nano + nano/microSD) on to the left. 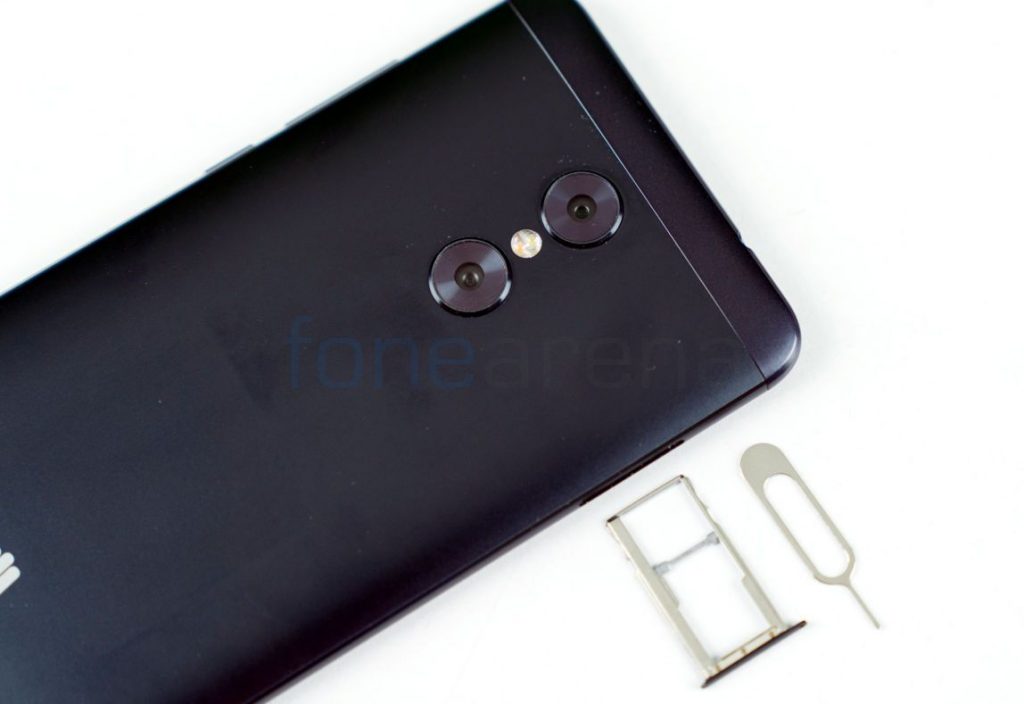 Up top, we have a secondary microphone, a 3.5mm audio jack and at the bottom, there is a USB Type-C port along with speaker grille on either side of the device. The button is made of metal and the feedback is good too.

On the front, we have a soft LED flash, earpiece, and 5MP front-facing camera above the display along with a tiny notification LED. It also has magnetic sensor, otherwise known as magnetometer and gyroscope for VR headsets. Below the display, we have a physical home button with fingerprint sensor integration and a capacitive keys on both sides corresponding to multi-tasking and back. 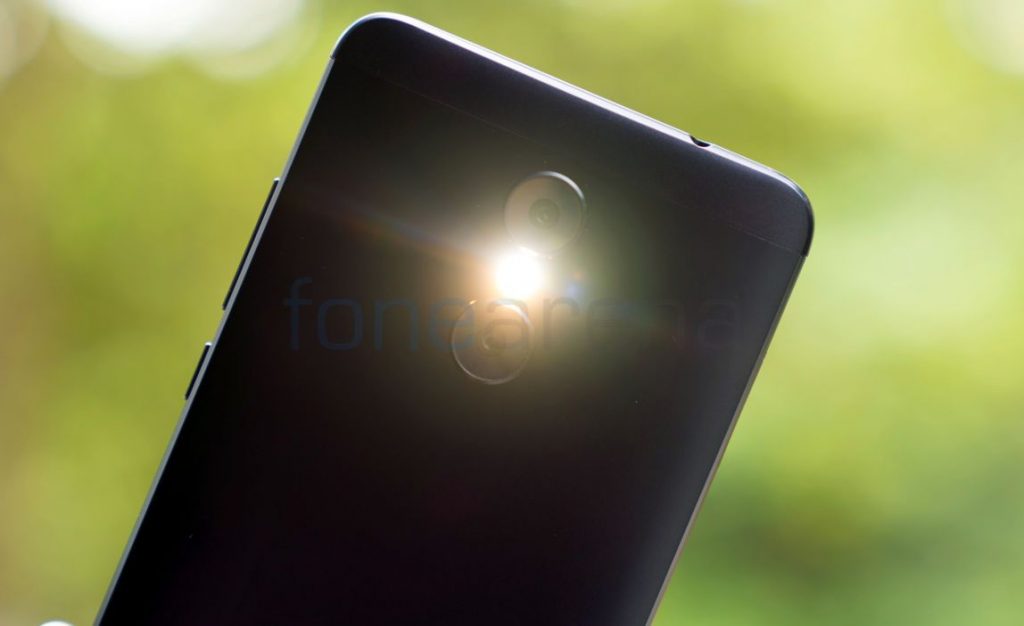 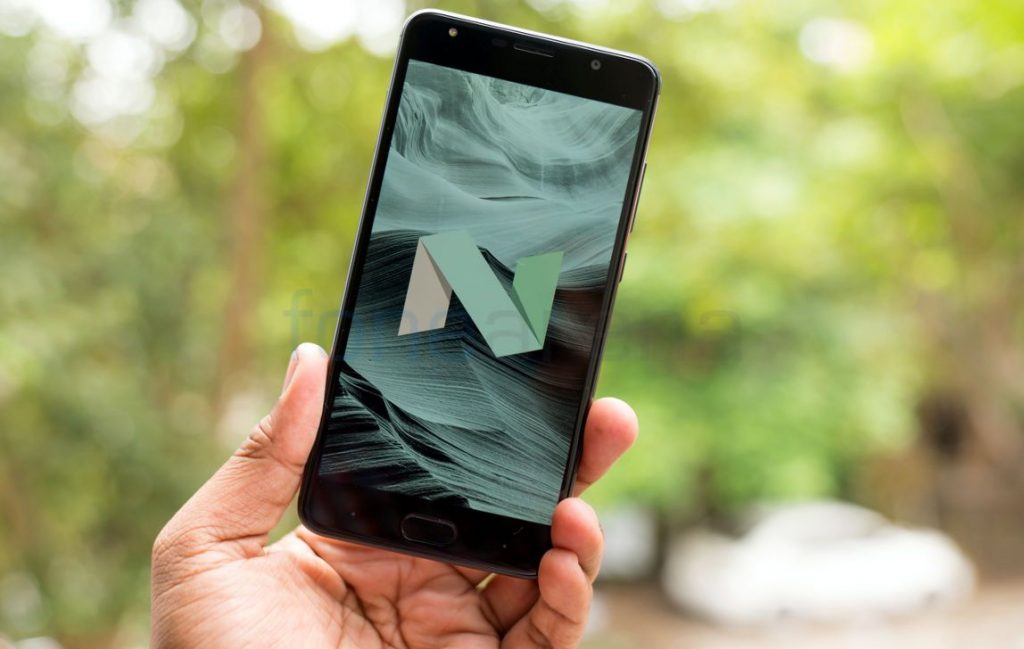 The Micromax Evok Dual Note is shipped with Android 7.0 Nougat with June 5, 2017, Android security patch. It has custom UI which is similar to that of some of the Chinese skins. The company doesn’t say when it will get Android 7.1 or Android 8.0 update.

There is a hard key which lets you change the pattern of the capacitive buttons. You also get a Mobile Assistant app, where you can boost your phone, delete unnecessary data and keep track of your battery life.

If you swipe left, you can access app called “Around”, which lets you know about the current world happening. There is an App center as well, which lets you download apps apart from Play Store. In addition to the usual set of utility apps and Google Apps, it comes with Amazon, Asphalt Nitro, Facebook and Narendra Modi apps.

Talking about the storage, the Evok Dual Note comes in two variants — 3GB RAM and 4GB RAM. We have 4GB RAM variant with us. Out of 4GB RAM, we usually get 2.1GB of free RAM on first boot when default apps are running in the background and out of 32GB of inbuilt storage, you get around 23GB of free space. If that’s not enough for, you can also expand the storage up to 64GB via MicroSD card slot. 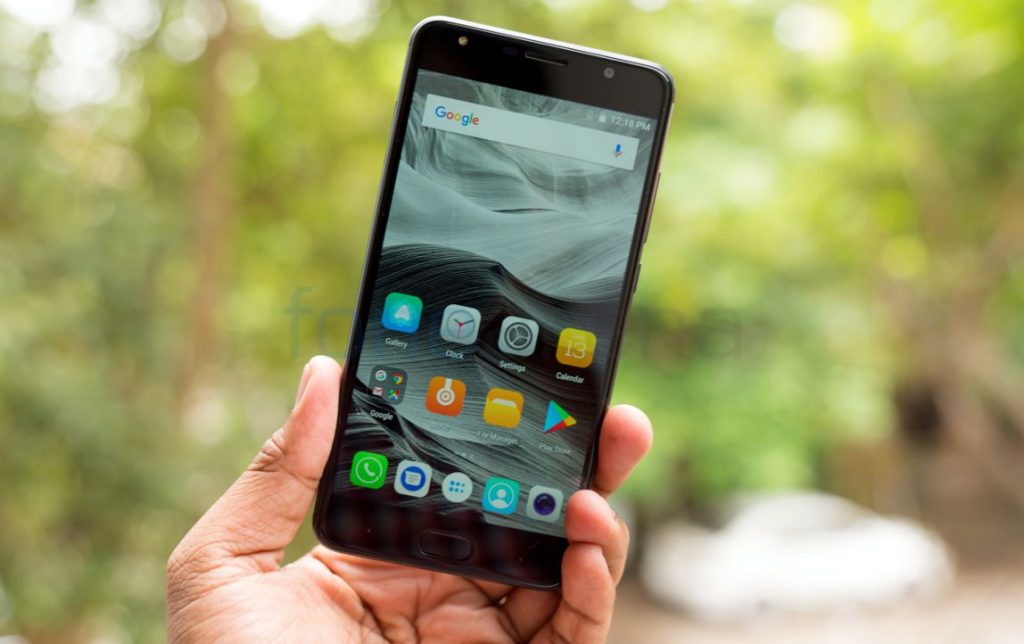 The Micromax Evok Dual Note is powered by an Octa-Core MediaTek MT6750 64-bit processor clocked at 1.5 GHz with Mali T860 as GPU. In our usage, the performance was smooth as butter without any hang or lag. The gaming was also good to an extent, after which we experienced the frame drop sometimes. The mobile gets heated up sometimes during continuous shooting or gaming. Check out some synthetic benchmark scores below in which it scores well when compared to phones with a similar range of processors. 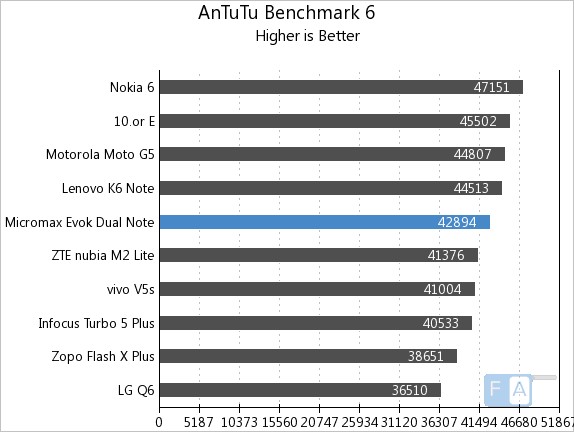 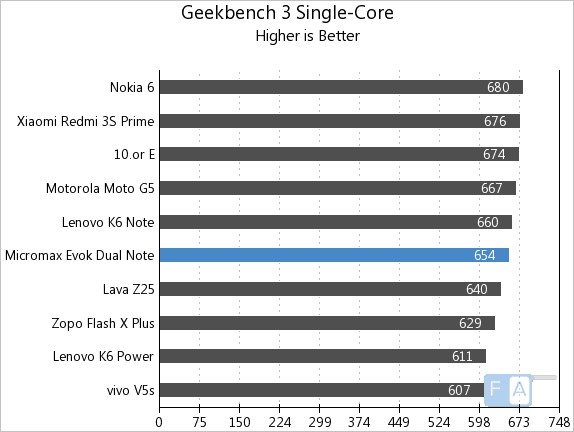 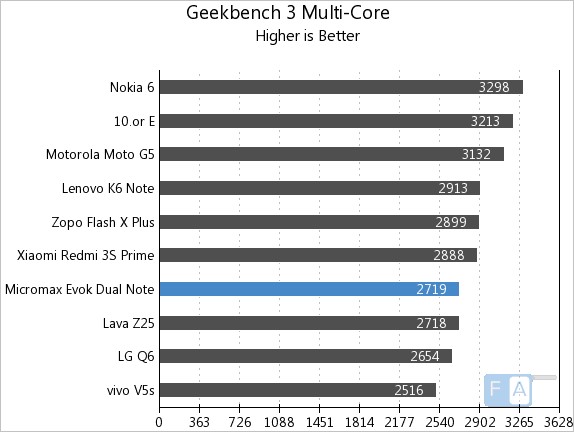 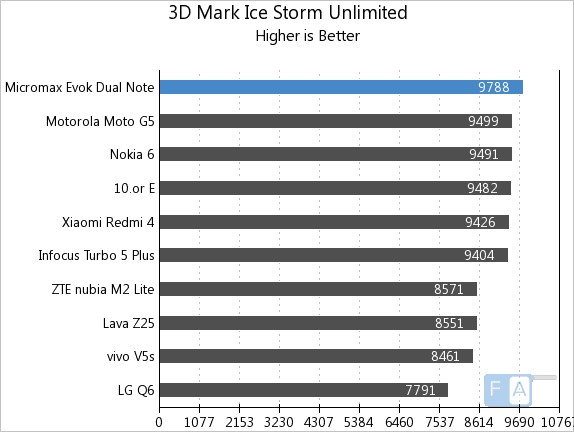 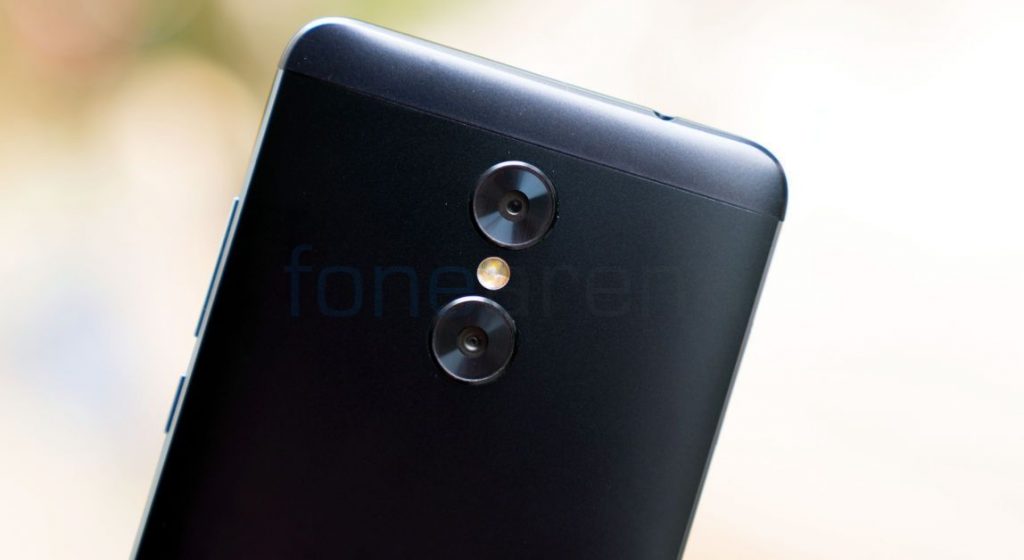 The Micromax Evok Dual Note has a 13-megapixel rear camera with Sony IMX258 sensor along with a 5-megapixel secondary camera to capture depth information for blur effect in shots. The front side of the device has a 5-megapixel front-facing camera with soft LED flash. Under daylight conditions, the camera captures good and sharp images. When attempted for Macro shots, the focus itself takes an ample amount of time, which at times might irritate you. However, under optimal lighting, the output is good but succumb to grains at low light. For bokeh effect, you can capture pictures with ‘dual’ option. The processing of the picture comes out good in a random manner and it is not constant.

For bokeh effect, you can capture pictures with ‘dual’ option. The processing of the picture comes out good in a random manner and it is not constant. While some come out good, some not. The software also struggles to cut out the edge as well. On the downside, the low-light shots had noise but images were not that bad and the images with flash were good and not over imposing too. The 5MP front camera is decent for selfies and video chats as well. During the soft flash on the front side will come handy during the low light conditions, when it is enabled.

Check out some camera samples (Click the image for full resolution sample). 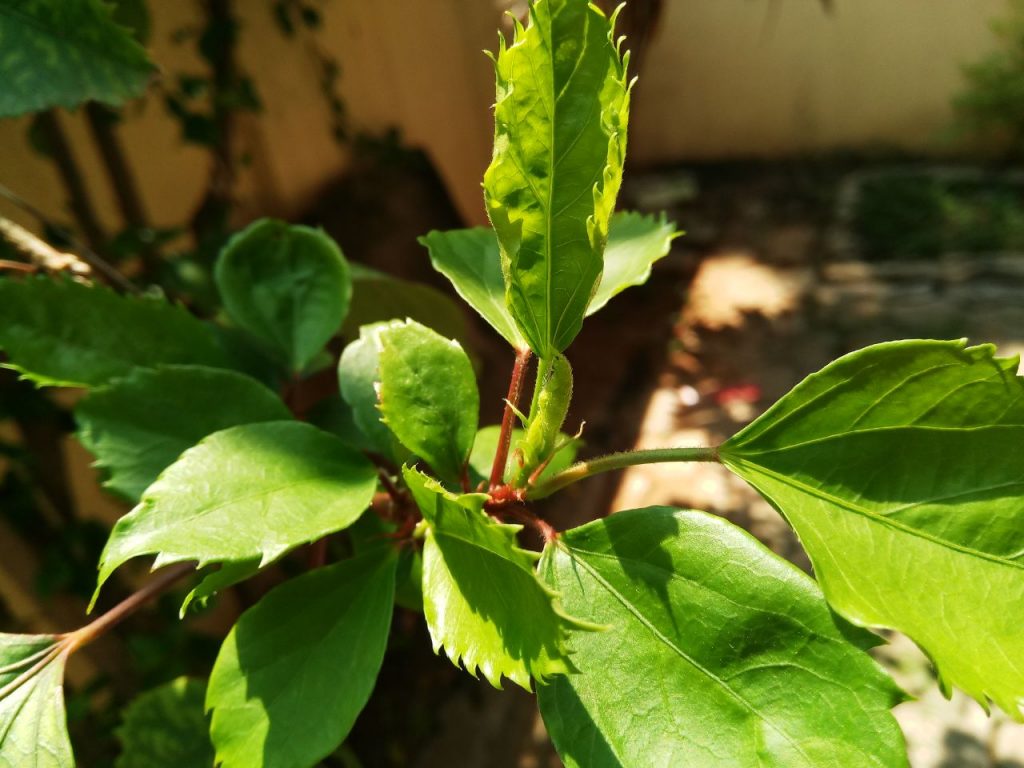 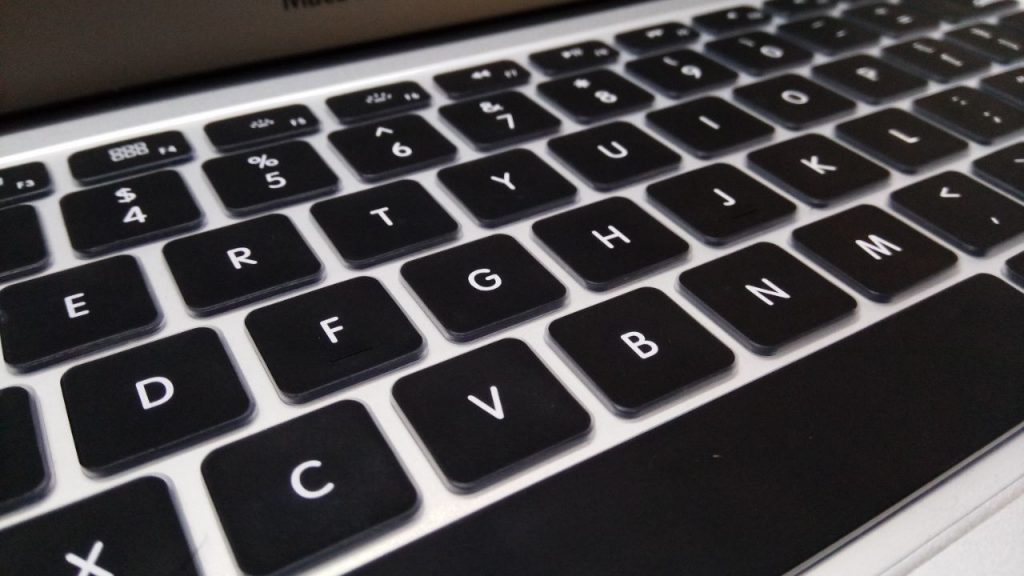 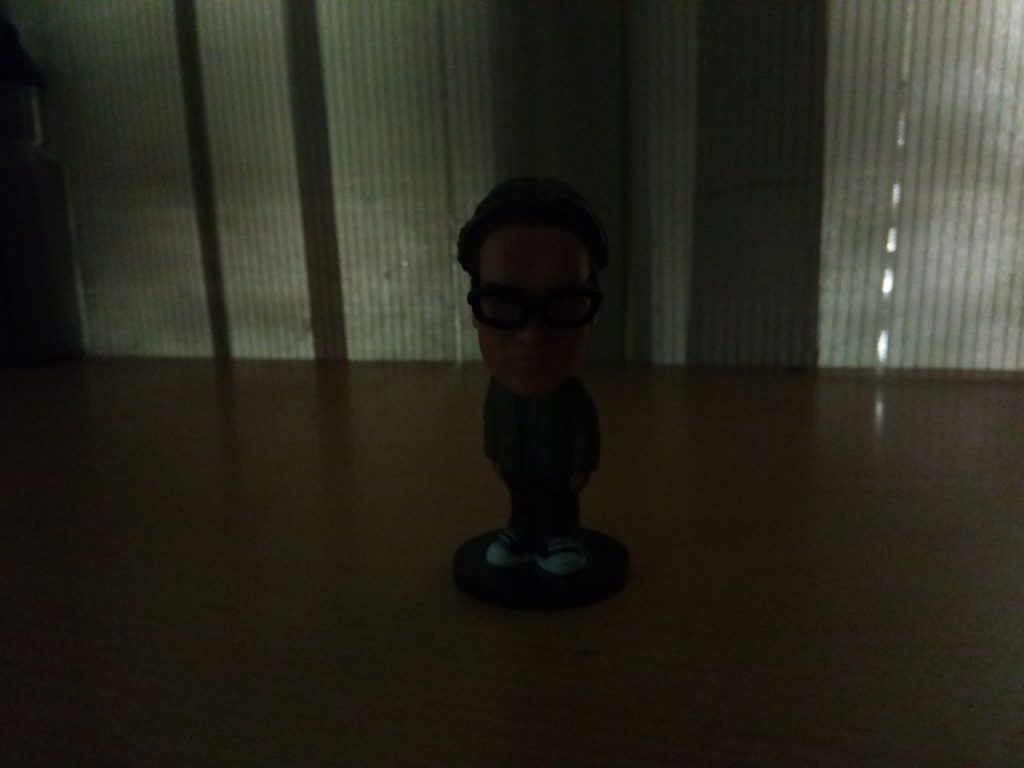 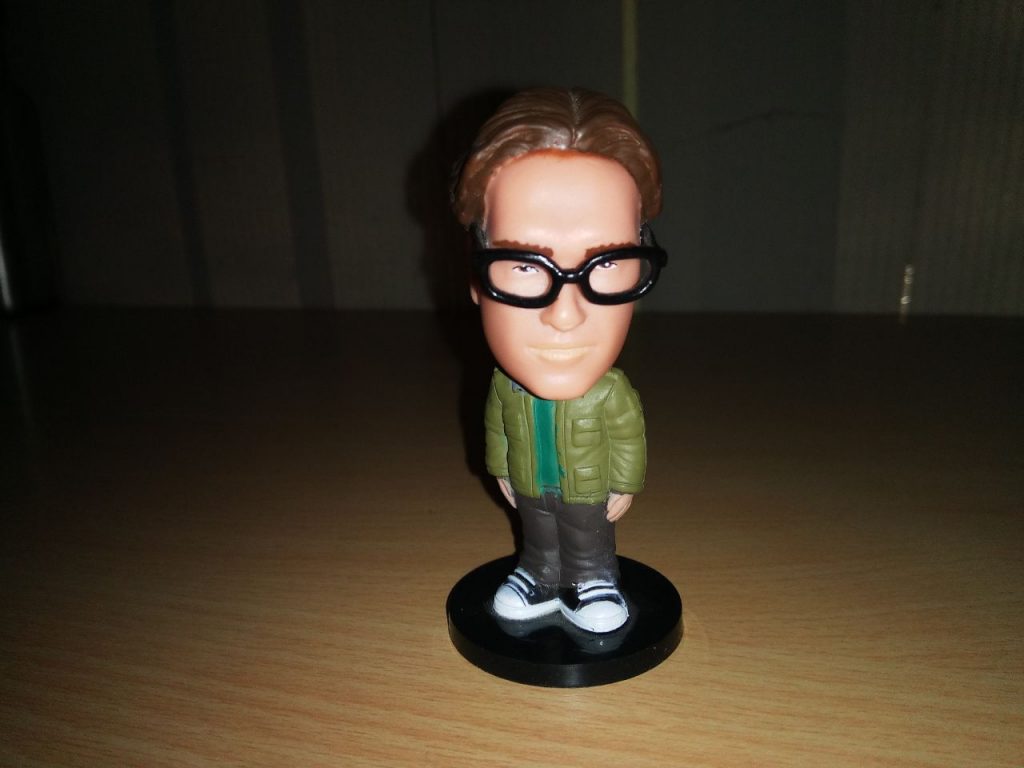 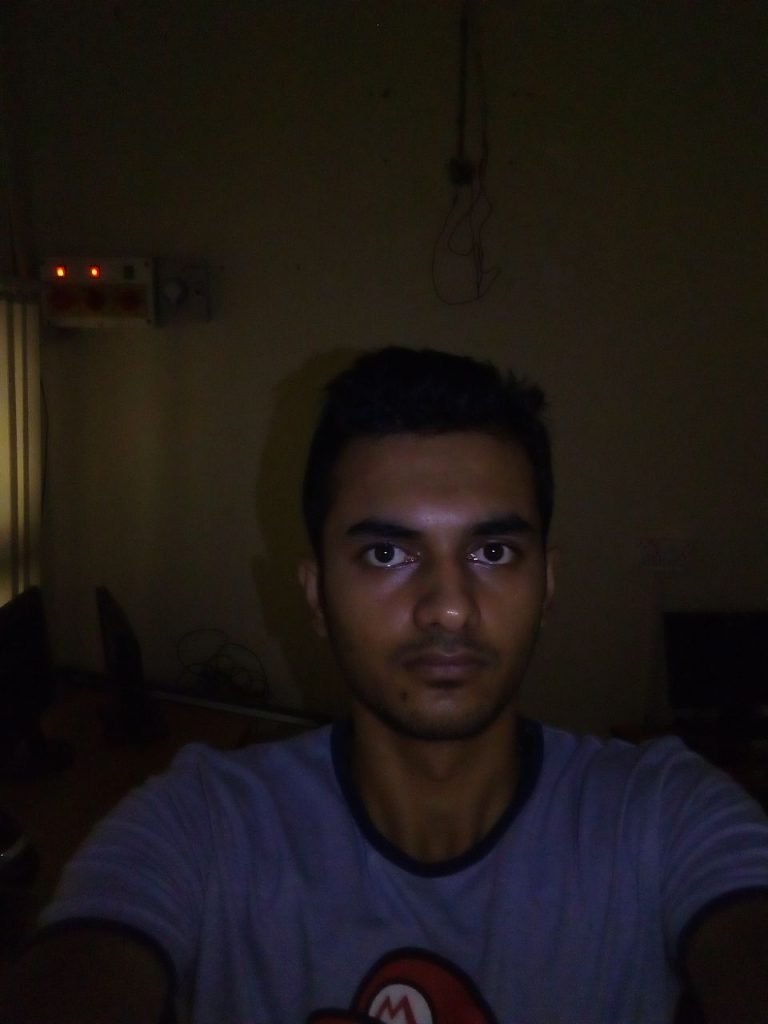 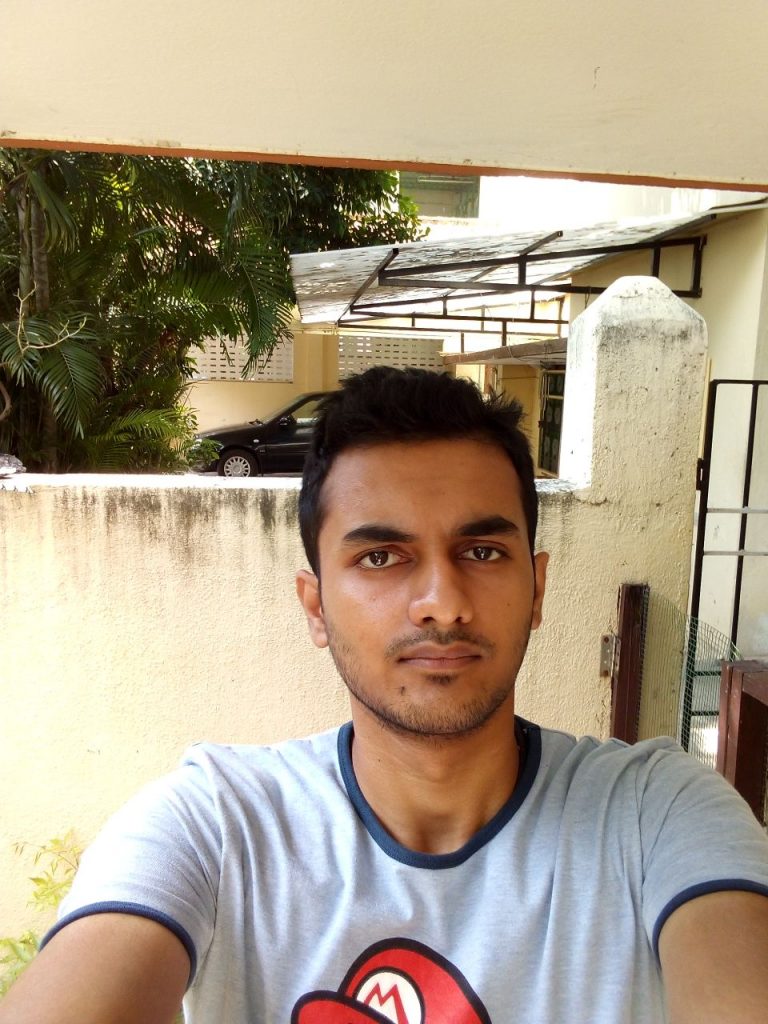 The Micromax Evok Dual Note supports connectivity options such as 4G VoLTE for Reliance Jio, WiFi 802.11 a/b/g/n (2.4GHz + 5GHz), Bluetooth 4.1, GPS, USB Type-C with support for USB OTG. The phone has a custom music player and also has several equalizers presets. It also has FM Radio with support for recording. The speaker output is good also in third-party headphones.

It has a dialer with custom skin and the Google Messenger is the default messaging app. Since this is a dual SIM phone, you get the option to select either SIMs when calling or sending a text message. There are no call drops and the earpiece volume is good.

The fingerprint scanner is integrated into the home button itself just below the display. You can add up to five fingerprints and also set a particular fingerprint to open an application or call or contact easily. The fingerprint sensor is fast and unlocks the phone immediately when you place your finger on it. 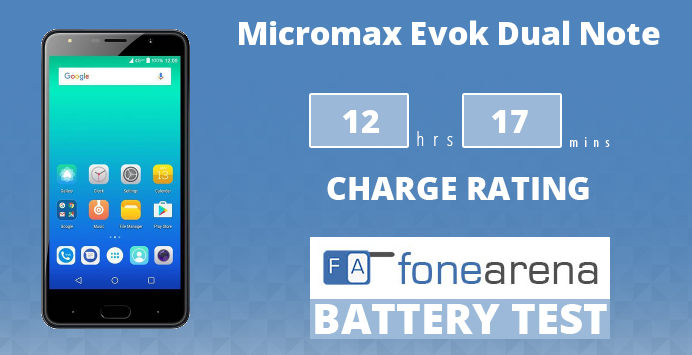 The Micromax Evok Dual Note is powered by a 3000mAh built-in battery and lacks any quick charging technology. With a single charge, this device can take you through a day easily with casual usage including voice calls, videos on Instagram, listening songs and bit of gaming, but it lasts less than a day with heavy use. 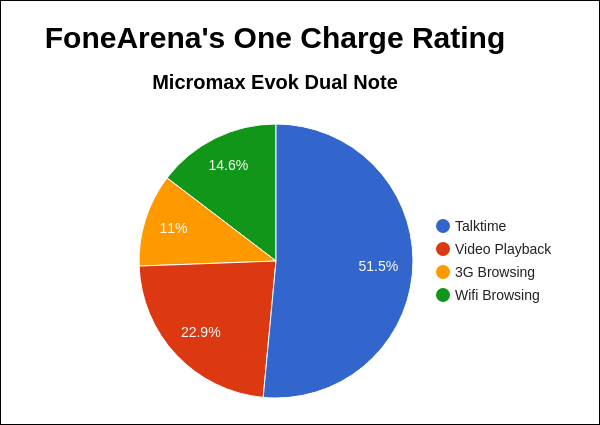 It achieved a One Charge Rating of 12 hours 17 minutes, mainly due to brilliant talk time, which is just average. It takes about 2 hours easily for charging it fully. We will bring you the complete set of battery life test results of the phone soon. 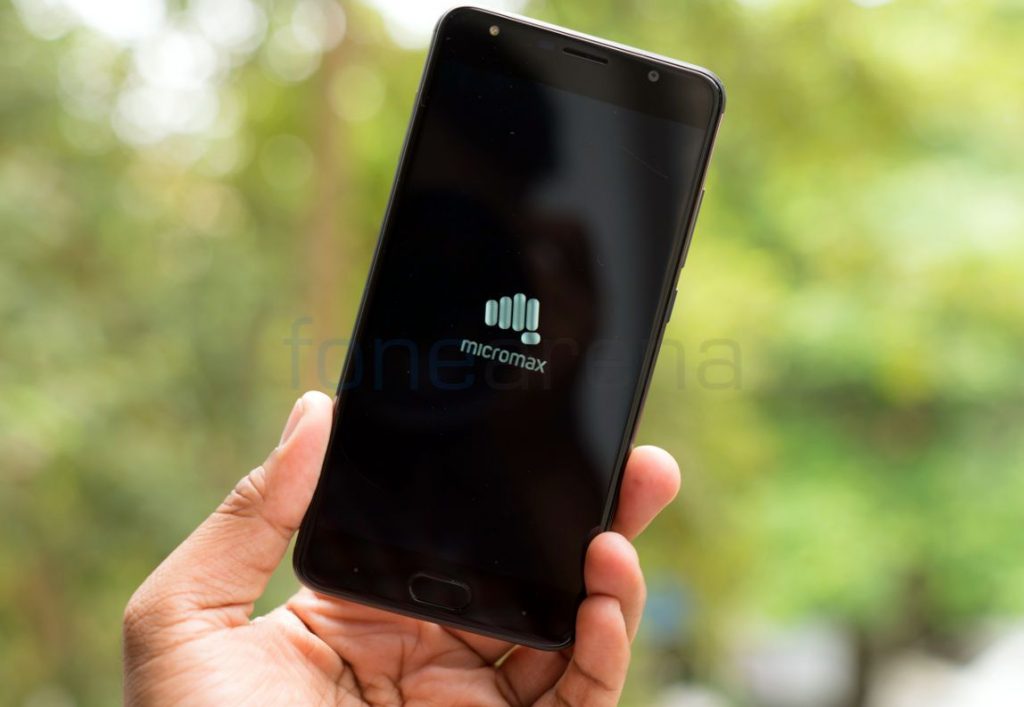 At a starting price of Rs. 9999, the Micromax Evok Dual is an average phone, which is neither amazing nor bad. Talking about the good this, this mobile has a decent build quality, and an above average camera. Talking about the bad things, it has a not so impressive custom UI, loaded with unnecessary apps, an average display. There are a lot of other phones you can buy at this price points as well, but very few offer dual camera set up. We can expect a lot of phones with dual rear cameras in this price range in coming months. The phone is available exclusively on Flipkart.