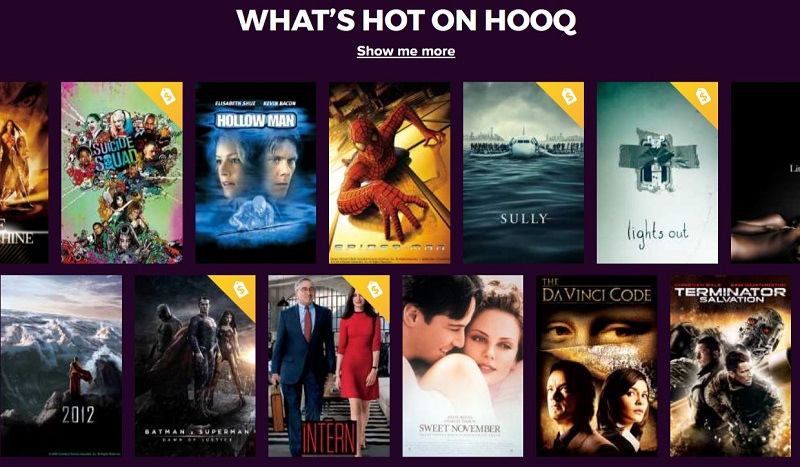 HOOQ, video-on-demand service that was launched in India in 2015 has announced new plans for the Indian market. As a result of growing demand for Hollywood content in the country, HOOQ will now focus Hollywood movies and TV shows.

HOOQ is expanding the library with over 1000 Hollywood movies and television series from Sony, Warner Bros., such as Wonder Woman, The Da Vinci Code and TV series like The Flash, Arrow, Gotham, Friends and many more. HOOQ customers will also be able to enjoy HOOQ exclusives like Lucifer, Supergirl, The Big Bang Theory and DC’s Legends of Tomorrow etc.

The Singapore-based company also announced that consumers will now be able to stream and download movies and TV shows at an introductory price of INR 89 for the first 3 months. Users will be able to rent content on a pay per view basis.  HOOQ says it will now purely focus on Hollywood content given the fact that consumption of Hollywood content has increased drastically in the Indian market.

Consumers can now download and enjoy the premium Hollywood content. Popular Hollywood TV Shows many of which are exclusive and Popular movies many immediately 90 days after cinema release are the star attraction of our catalogue which is one of the finest in the industry.

The video on demand space in India has become crowded with players like voot, Eros Now, Yupp TV, Hungama and ALT Balaji. Currently, NetFlix plays in the premium space with plans starting at Rs. 500 per month, Hotstar charges Rs. 199 per month while Amazon Prime is the most  affordable option with Rs 499 for an annual subscription.