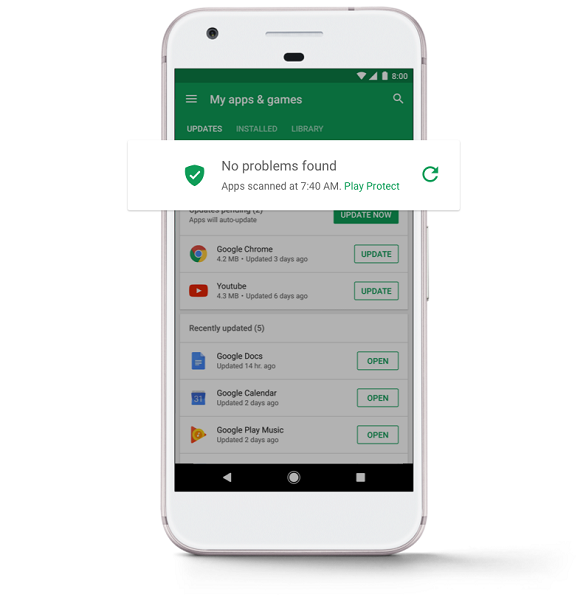 Google had announced the Play Protect feature security at this year’s I/O conference. Now, the company has started rolling out the feature to all Android devices. Play Protect automatically scans the phone in the background to check if there are any malicious apps.

Although Play Protect works automatically, users can also manually ask the feature to start looking for abnormal app behaviour. Google also ascertains that the apps which are uploaded on Google Play Store are scanned by Google first hand to ensure safety of the user’s smartphone.

All Android apps undergo rigorous security testing before appearing in the Google Play Store. We vet every app developer in Google Play and suspend those who violate our policies. So even before you download an app, you know it’s been checked and approved. Then, Play Protect scans billions of apps daily to make sure that everything remains spot on.

You can head to Settings> Google to check if you have received Play Protect feature.