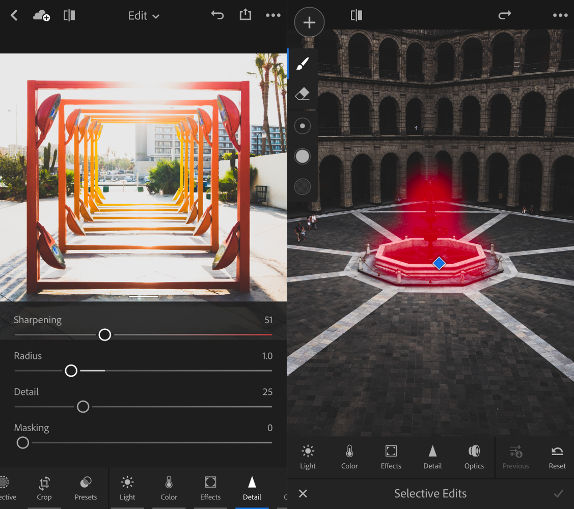 Adobe has released a major update for its Lightroom Mobile app for iOS and the Android app has been redesigned from the ground up offering faster, more efficient experience. “Every screen has been redesigned with the goal of ensuring a natural, native Android experience while providing the highest quality, professional-grade mobile photo editing app ever,” said the company.

iOS app gets selective brush tools that lets you selectively paint in enhancements to any part of your image. iPhone 6s or later also gets  support for 3D Touch so you can even vary the effect by just pressing softer or harder as you paint.  iPad Pro users with Apple Pencil also get the same capability that lets you press harder to apply more of the effect, or softer to apply less. iPad also gets larger touch-based interface 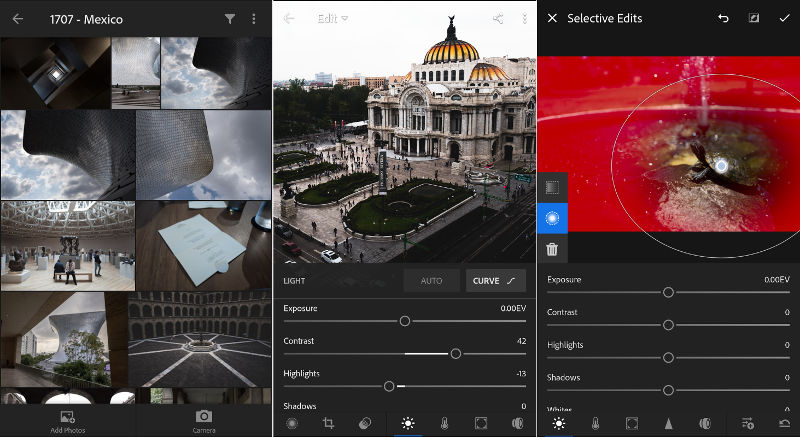 New details tab has advanced tools that are used to add the finishing touches to photographs by controlling noise and enhancing image details. Both the platforms also get support for latest cameras and lenses found in the ACR 9.12 release.