We recently got our hands on the Nokia E5, Nokia’s latest Eseries device after the E72. The E5 came alone in an envelope, so we couldn’t really unbox it, but we’ve taken it for a spin to show it to you from all angles.

The E5 bares a lot of resemblance, hardware-wise and specs-wise with the Nokia E72. It’s a candybar qwerty, and anyone who has used an E71 or E72 will find himself at home with the qwerty keyboard. It’s the same texture as both of its predecessors, with the same rounded keys, and a nice feedback to them. On top of it is a 2.4″ screen, 256k colors, with a light sensor and the ear piece. Between the screen and the qwerty, is a silver plate where you’ll find the function keys and the d-pad. The two softkeys and the green/end call keys are flat whereas the Home and Messaging buttons are a tiny little bit raised. I had no problem with the first 4 keys, but the Home/Messaging are torturous. They’re mushy, don’t click in well, slippery, not very well raised, and I find my finger most of the time about to slip from the Home key to the left softkey or the green key below it. I’m personally not a fan at all of these two. 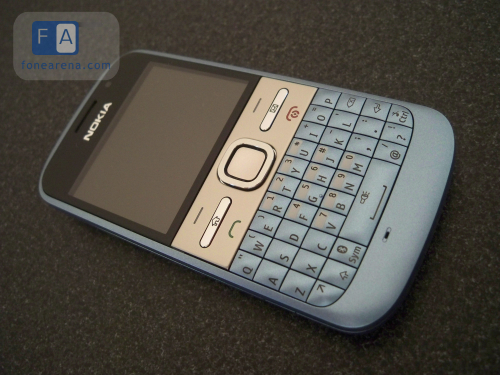 The d-pad’s outer rim is large and raised enough to guarantee an easy press and no mis-clicks, and the center of the d-pad is also large so even though its recessed compared to the edges, it’s still easy to access without hitting the directional keys by mistake. 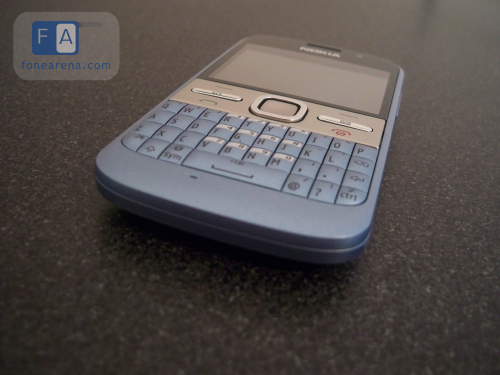 The top of the device holds the 3-pin charger, the 3.5 mm plug headset, and the microUSB plug which can be used for transferring data as well as charging. 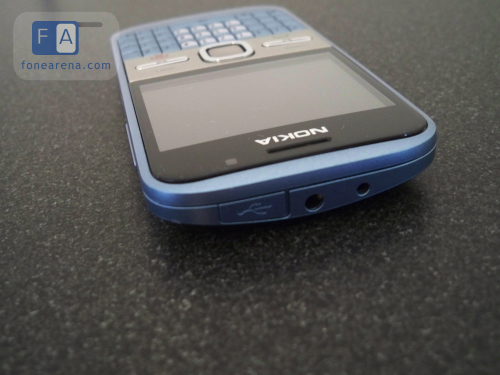 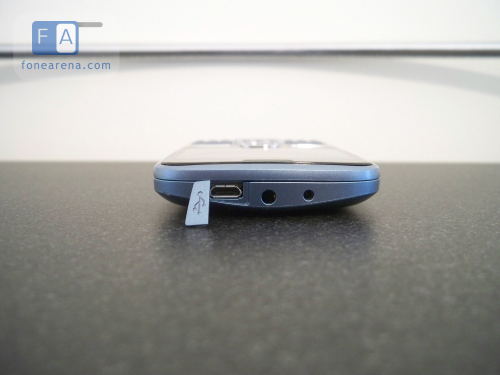 The back of the E5 has the loudspeaker (which isn’t very loud esp in calls), a huge battery cover which is a brushed aluminum one. It doesn’t get scratched easily, and it doesn’t show fingerprints or smudges at all. 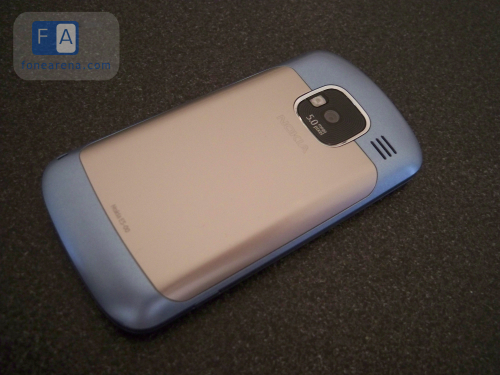 A 5MP camera with EDoF and an LED flash (no autofocus, no Carl Zeiss lens, no dual-LED) is nestled on the back as well. The camera’s software supports Panorama mode, and the LED flash can be used during video capture. 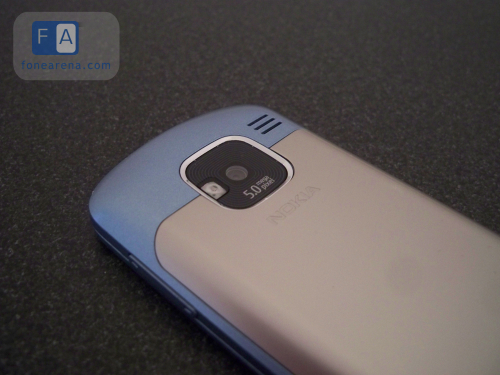 The E5 features a very curved design, which makes it feel much slimmer than it is, and fit comfortably in the hand. The right side of the handset only houses the Volume keys which aren’t really the best out there in terms of feel and response. The left side keeps it simple with only a latch that helps open the battery cover, the same latch can also be found on the right side. 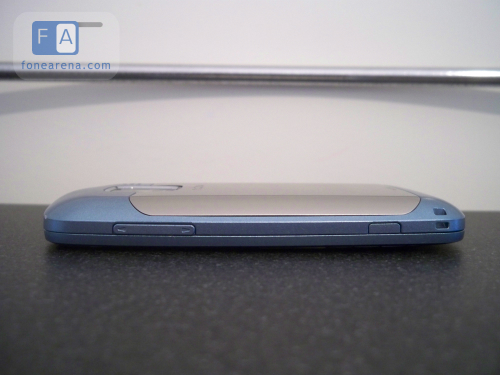 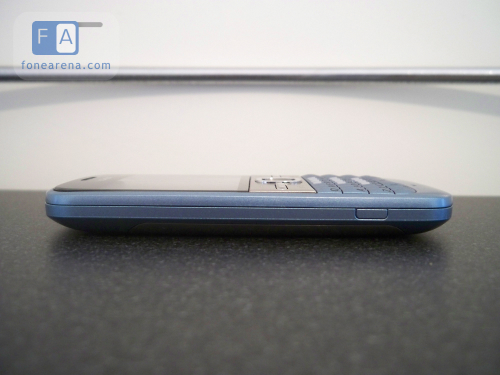 Below are a few more pictures of the E5, then we’ll take a look under the battery cover and a small glimpse at the software. 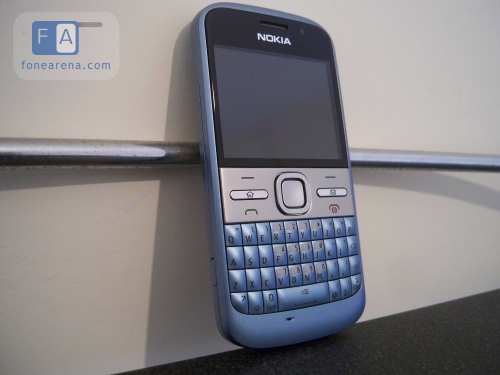 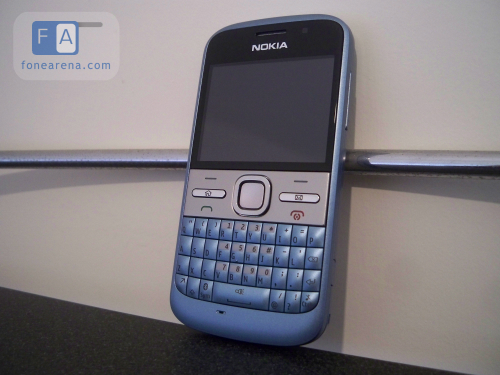 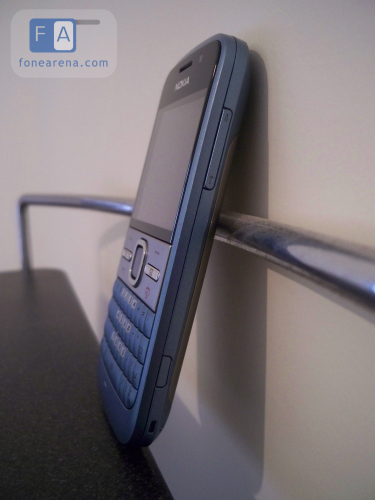 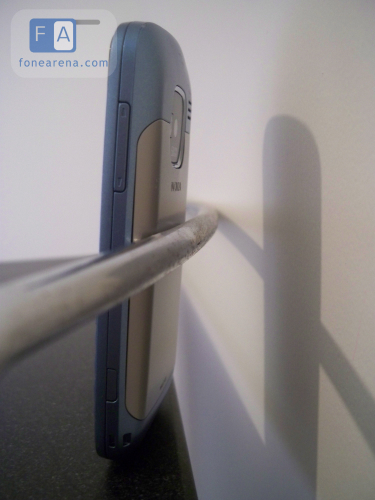 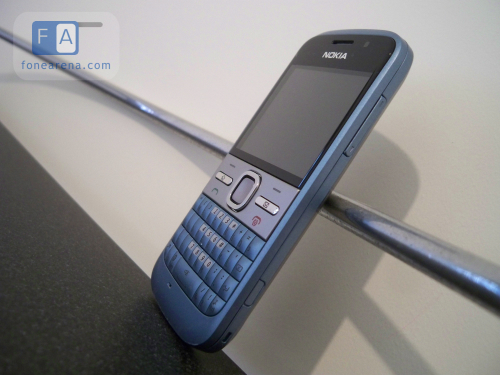 The Nokia E5 houses a BL-4D battery, the same as the one in the Nokia N97 Mini for example, at a 1200mAh capacity. It’s not the best out there, like the BP-5L found in the E71/72 family, but so far it seems to hold on pretty well to our testing. 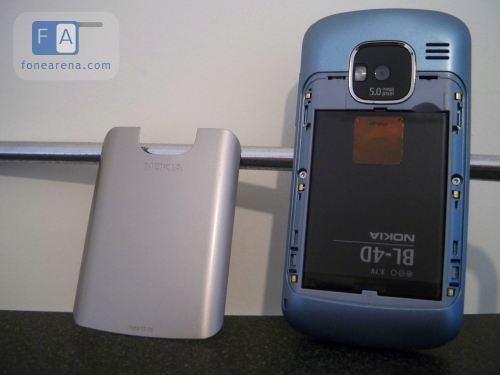 Below the battery are two trays, one horizontal and one vertical, that house the SIM card and microSDHC card. The ugly part of this design is that you would have to remove the battery to swap microSDHC cards. I’ve tested a 16GB one and the E5 took it with no problem, flying through its content. 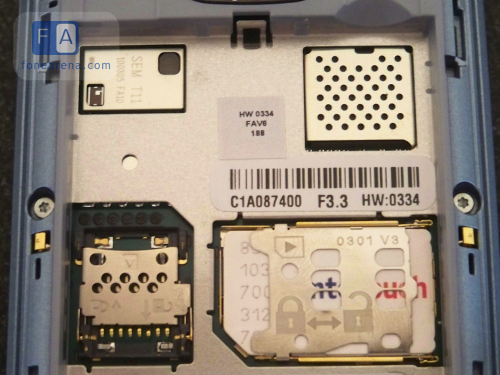 Software-wise, the E5 comes with Social Networks in its blood. The Facebook integration with the Contacts phonebook is the same as with the Nokia C5 that we detailed earlier, and the standalone Facebook application is a newer versions that supports Likes and Comments, as well as Photo uploads, and even calling and SMS’ing friends if they’re tied to a contact in your phonebook. 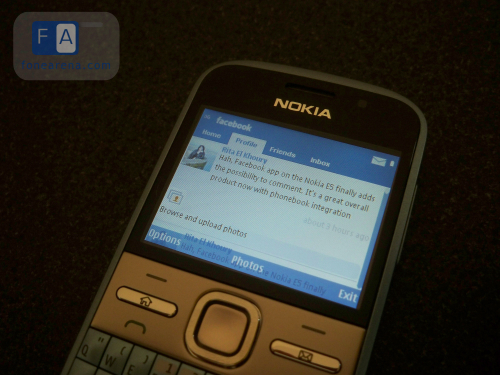 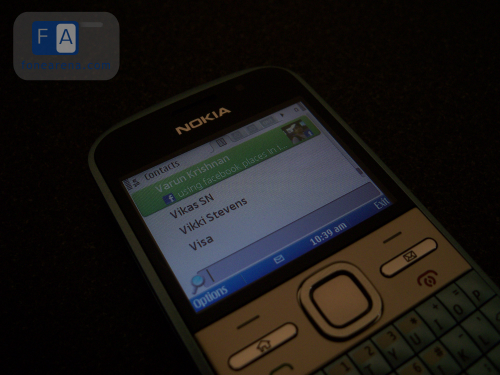 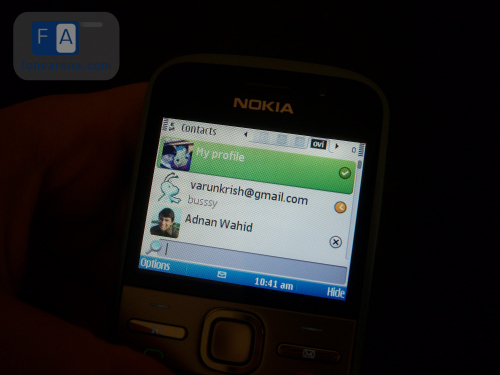 There are also shortcuts to several other social network’s mobile websites, like MySpace, Hi5, Friendster, and yes, unfortunately, that Twitter icon is merely a shortcut too. The good sign is that YouTube is finally the native application, instead of the mobile website shortcut.