Facebook has reported financial earnings for Q1 2017. The social network has recorded $8.03 billion in revenue, up 49% YoY. Facebook continued its march toward the 2 billion user threshold as more than 1.94 billion people are now using its service monthly as of March 31, up 17 percent from a year earlier. 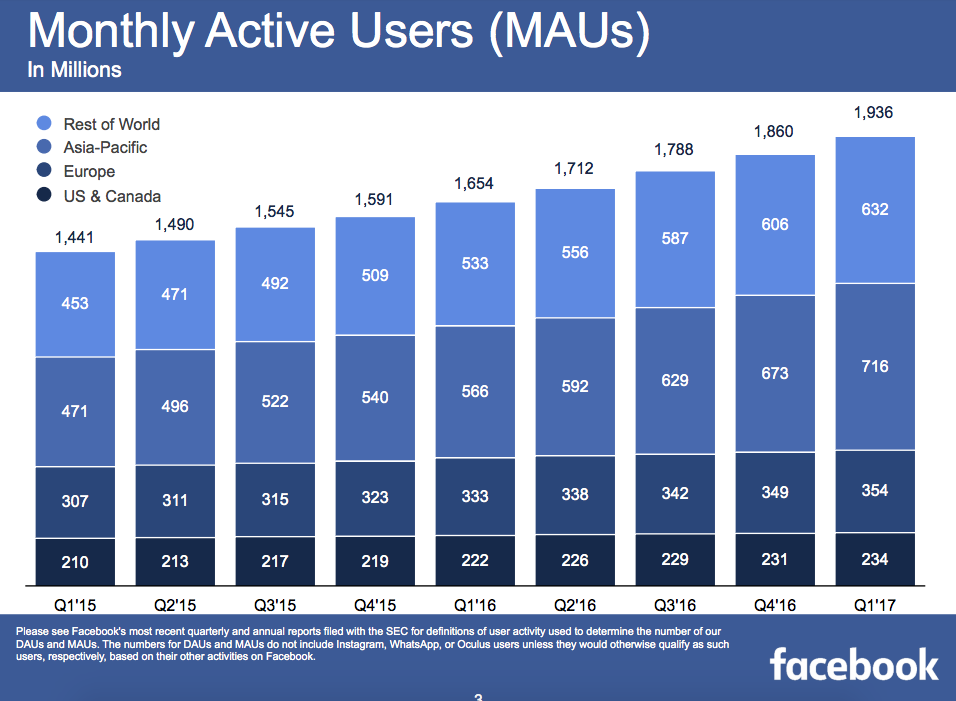 We had a good start to 2017. We’re continuing to build tools to support a strong global community.