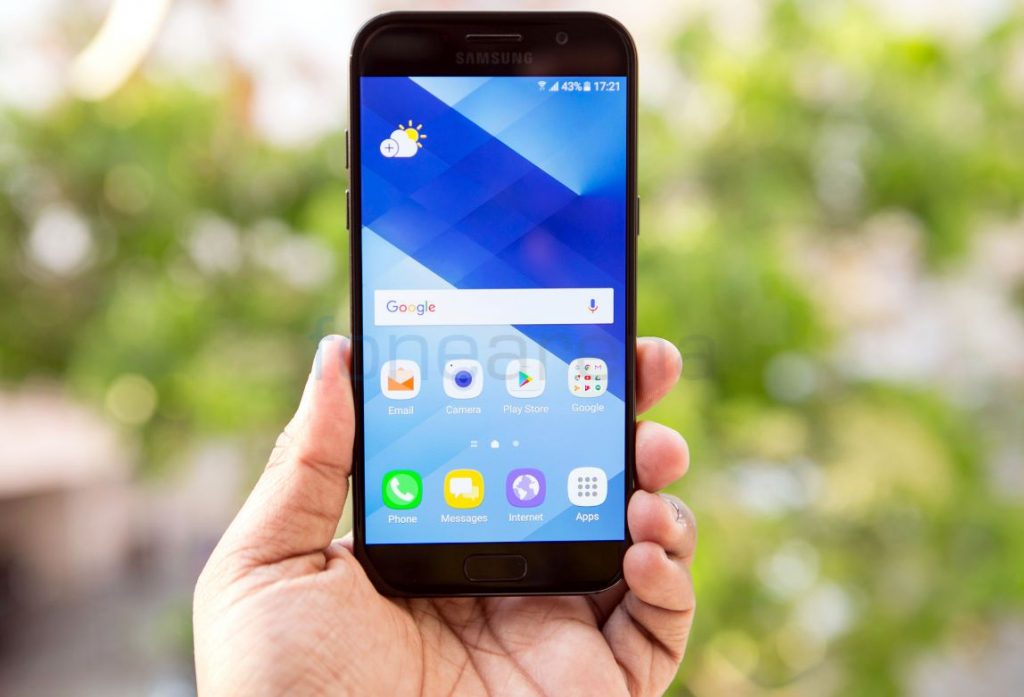 Samsung has this ritual of launching specific smartphone series including Galaxy A, Galaxy J and some more every year, with some refinement in the build quality and specifications.

Having said that, the South Korean tech giant Samsung launched the refreshed version of Galaxy A5 (2017) last month with IP68 ratings for water and dust resistance, allowing it to withstand rain, sweat, sand and dust.

The Samsung Galaxy A5 (2017) is available on Flipkart and other retailers in Black Sky and Gold Sand colors at a price tag of Rs. 28,990. So does this mobile has what it takes to be a winner? Let’s find it out. 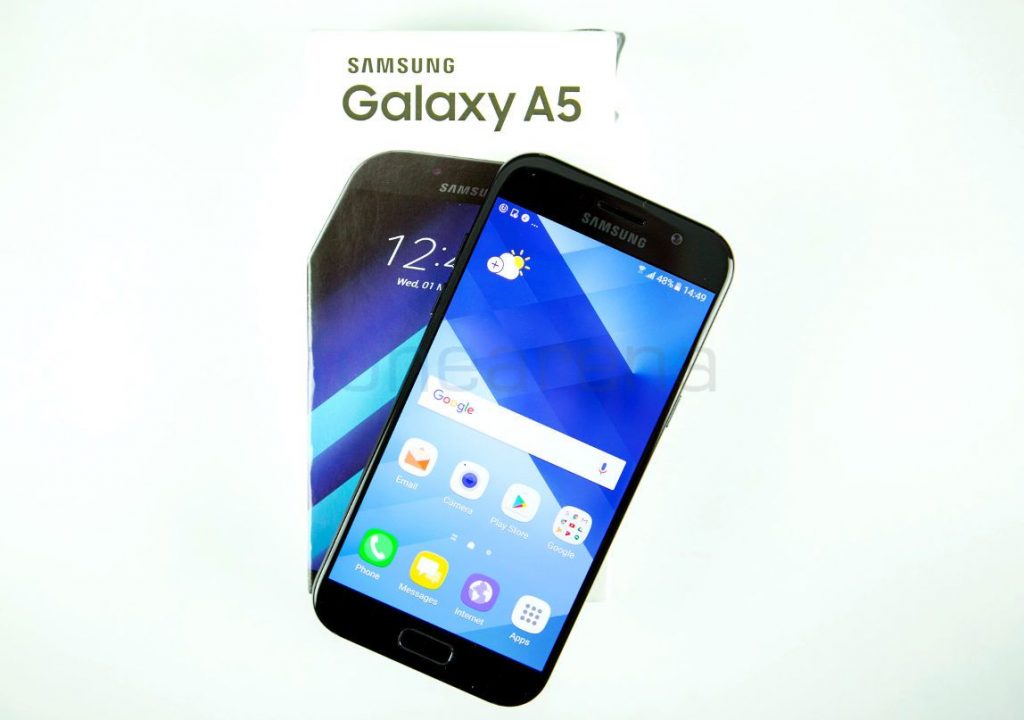 We had done the unboxing of the phone. Do check it out. 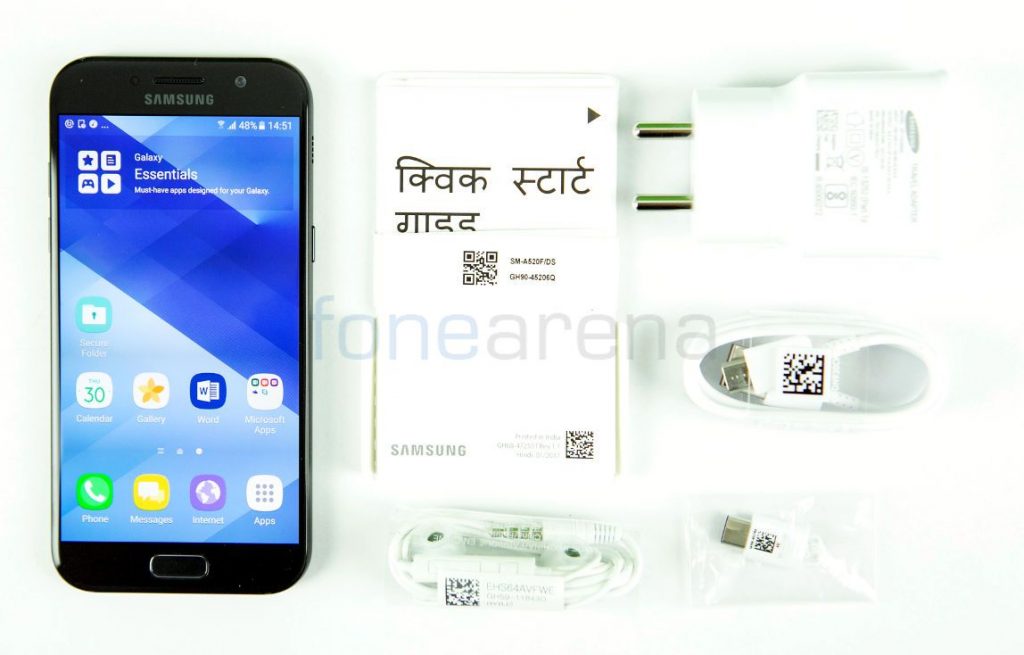 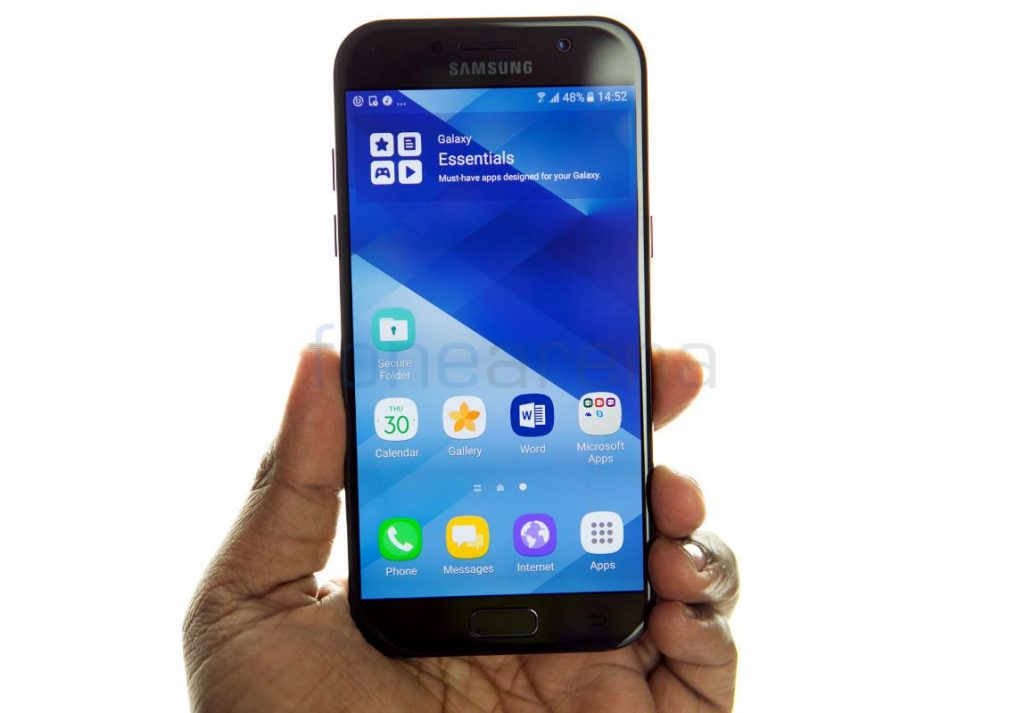 The display remains more or less the same on paper when compared to its predecessor, with a bit of change in the screen to body ratio. Here, Samsung Galaxy A5 (2017) sports a 5.2-inch Full HD Super AMOLED display with a resolution of 1920×1080 pixels translating into 424ppi. It also has a 2.5D curved Corning Gorilla Glass 4 protection that prevents the display from scratches and the curved screen also offers a premium look.

The display is smooth as butter to use and swipe across. The contrast ratio is also good as you would expect from Super AMOLED display with deep blacks.

As the display is glossy, it attracts fingerprint and the sunlight legibility is not so great, but decent. With this device, you also get ‘Always-On-Display’ as well, that manages to show information when the device is in standby. Under the screen modes, you also get various option including Adaptive display, AMOLED Cinema, AMOLED photo and Basic. Most of the time, I used Adaptive display so that the smartphone choose what mode is best according to the content on the screen. Apart from that, you also get Blue light filter option that reduces eye strain by limiting the amount of blue light emitted by the screen.

Moving on to the hardware, the front side of the device houses an ear piece, 16MP camera as well as the ambient and proximity sensor above the display. Samsung doesn’t miss out the magnetic sensor or magnetometer and the gyroscope.

And just below the display, we have the Samsung’s traditional home button that also acts as a fingerprint scanner and two capacitive keys on the either side of the button.

The right side of the smartphone features a speaker grill, which is pretty awkward and a power/lock button. The left side has volume rocker buttons and slot for primary SIM card as well. Up top, you will find a SIM and a microSD slot, along with a secondary microphone.

At the bottom, the phone features a USB Type-C port, primary microphone, and 3.5mm audio jack sitting right next to each other comfortably. Moreover, you can also observe the antenna bands on either side. Turning it over, you will see a primary 16MP rear camera with LED flash next to it. Under the module, you will get a Samsung branding too. 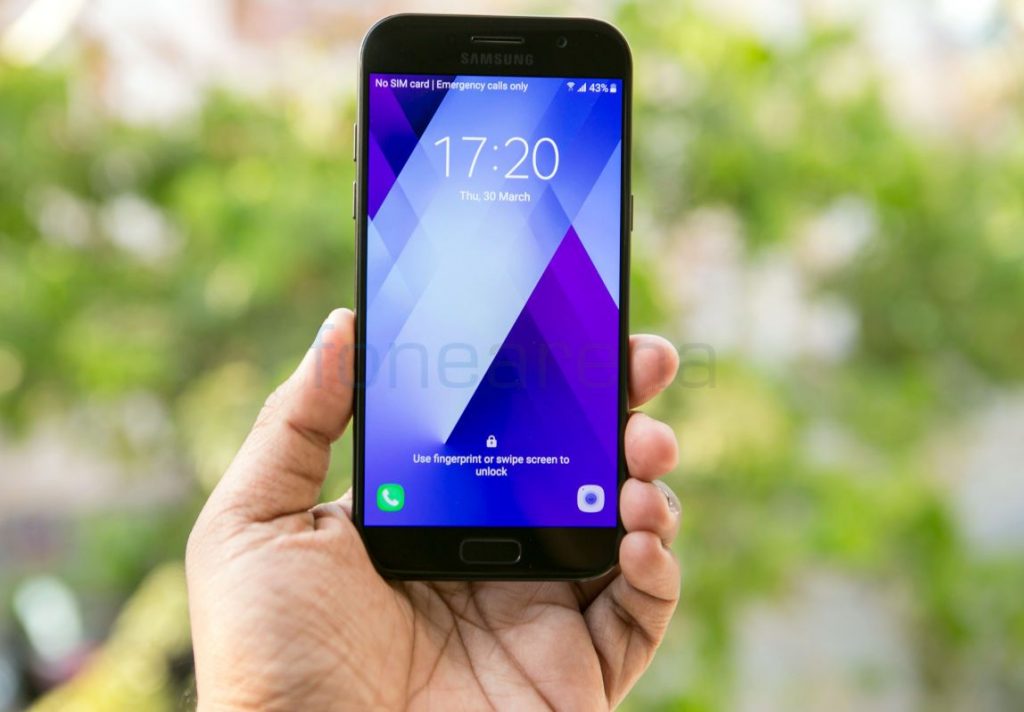 In terms of design, the Samsung Galaxy A5 (2017) carries a bit of essence from last year’s flagship device – Galaxy S7. At first sight, the Galaxy A5 (2017) looks gorgeous with a unibody design but also incorporates glass on both the sides in addition to the metal body. Without any doubt, this device looks premium and feels absolutely comfortable to hold as it fits into the palm really well. The simple back, especially in Sky Black, attracts lots of fingerprints. 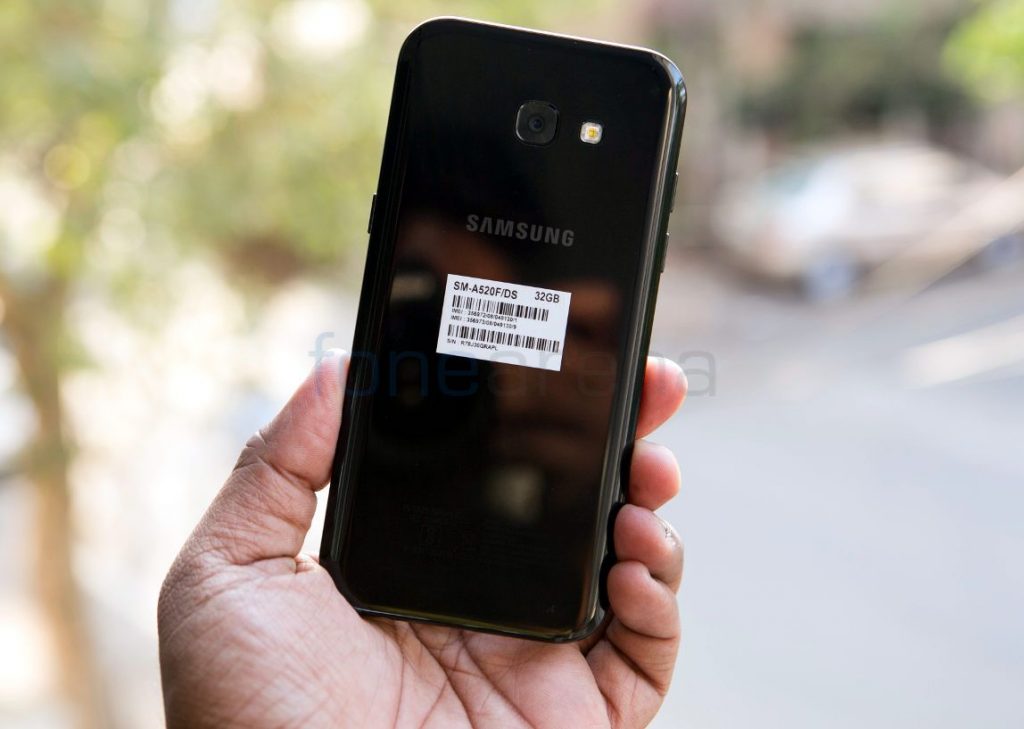 However, we recommend to use it with a back cover, as it is covered by glass. At times, the device slipped out of my hands when I was using on my bed, luckily no major damage happened.

Overall, the design is a major advantage of this mobile. Amidst the sea of a smartphone with a 5.5-inch display, this one with 5.2-inch display is definitely refreshing and welcoming. But, if you hold in two hands there are bright chances that you palm might come in contact with either one of the capacitive button. 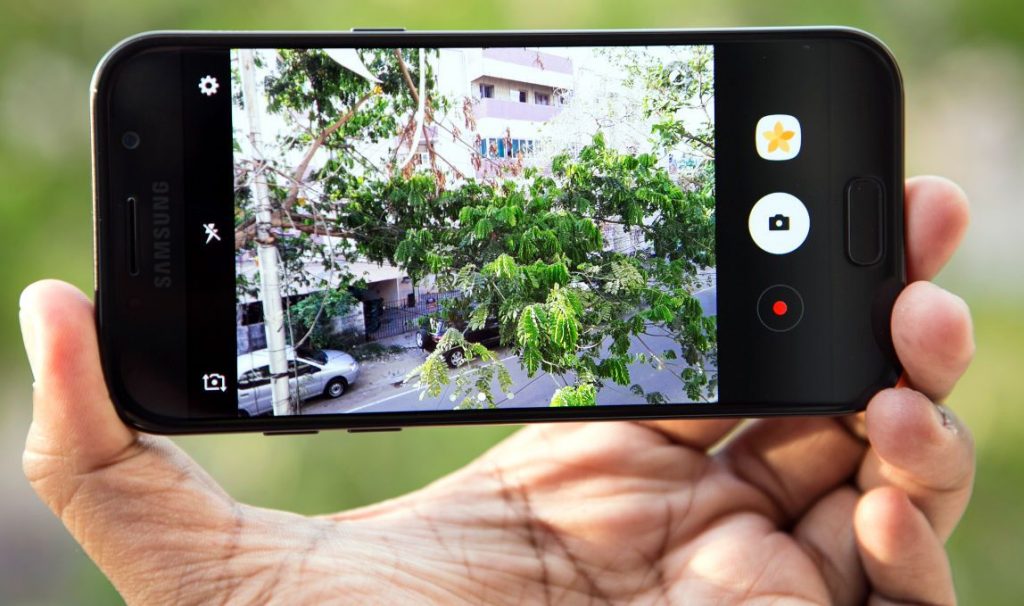 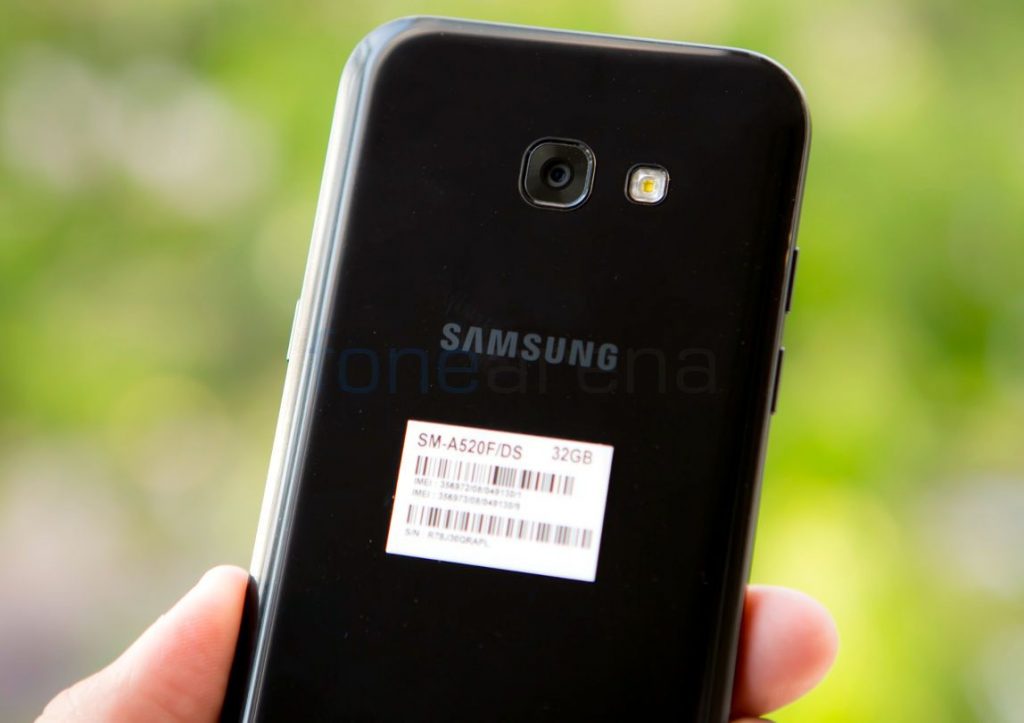 Also, there is an option to select the filters as well. Settings option lets you access the picture size, video size, timer, Location tags, Quick launch, voice control and much more. The rear camera clicks pretty good shots under daylight conditions and performs decently in low light too. The f/1.9 aperture helps to create bright images and good bokeh with a shallow depth of field. The camera focus is quick in general but struggles when it comes to Macrophotography.

The front camera is good for selfies and video calling too. These are some of the samples we clicked using the Galaxy A5 (2017). You can click on the photo below to get the full resolution samples. 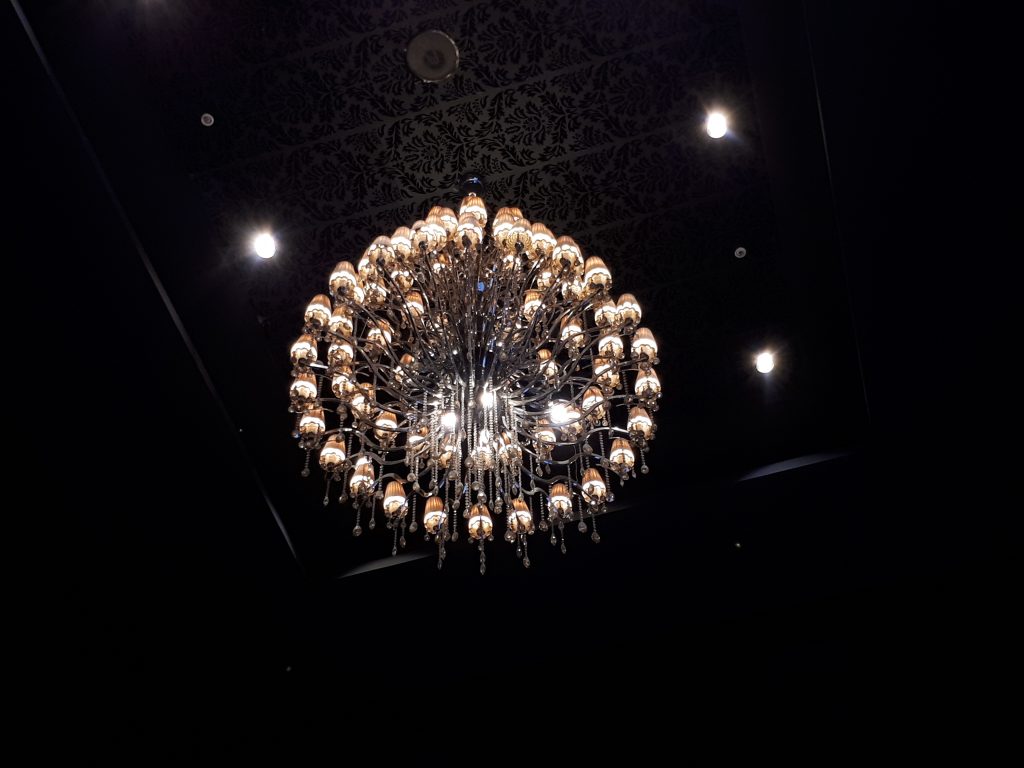 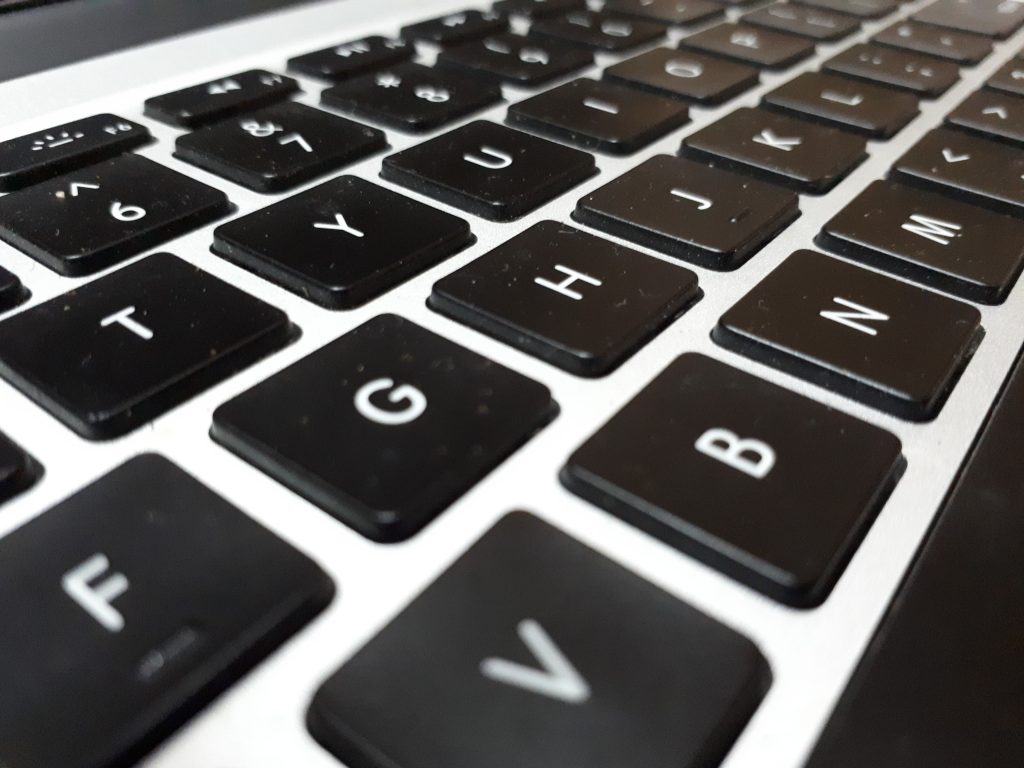 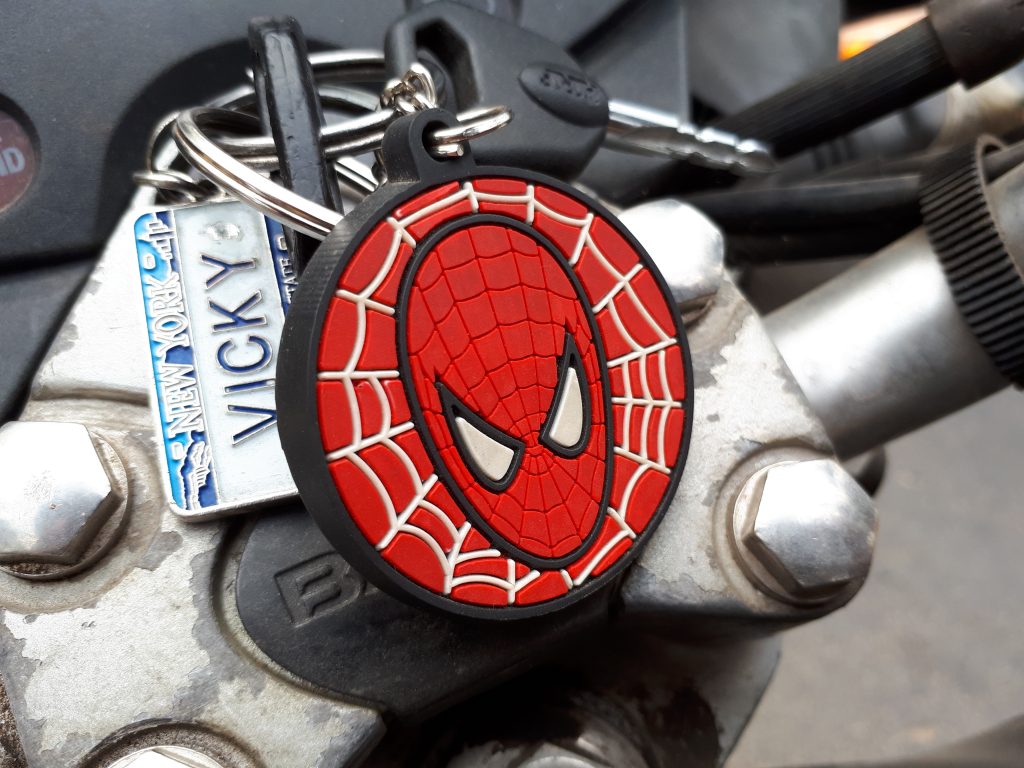 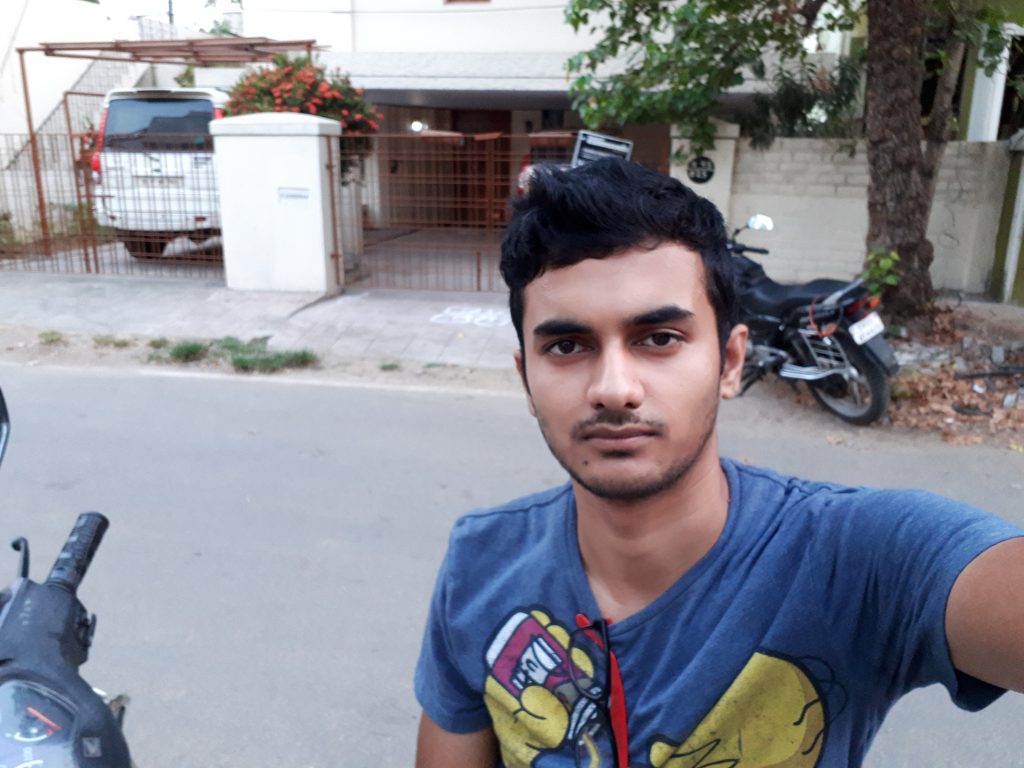 In terms of software, the Galaxy A5 (2017) runs on Android 6.0.1 Marshmallow with Samsung’s own UI on top with Android security patch for January this year. Just like other Samsung smartphones, you can launch dialer and camera from the lock screen. The drop-down notification bar has several toggles and lets you customize the row accordingly. It also has brightness slider with a toggle and a search bar to scan nearby devices. 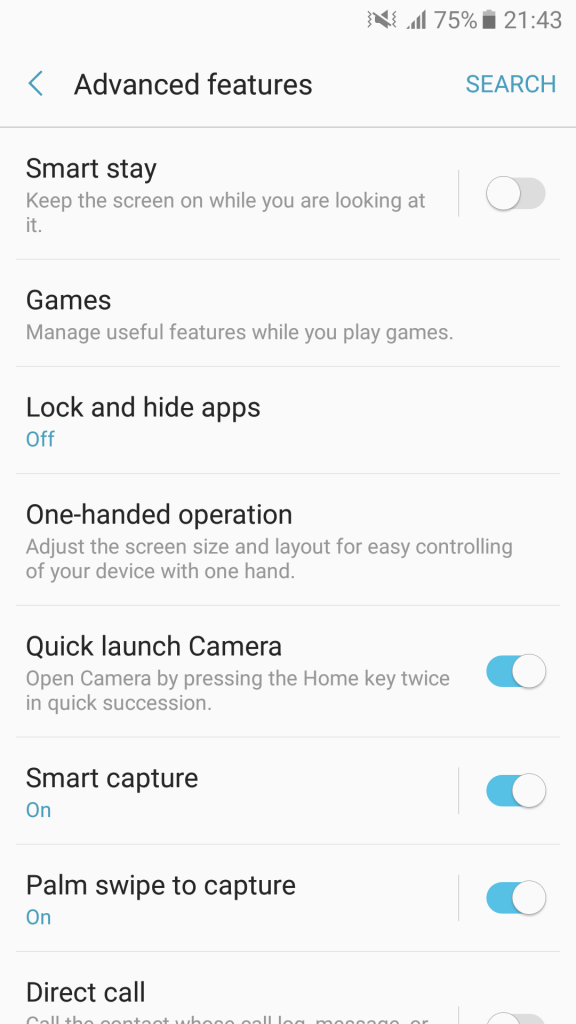 There advanced features option has one-handed operation mode to easily reduce the screen size by pressing the home key three times and there is also one-handed input in the keyboard, lock screen for entering unlock pattern and in the dialer. Smart alert makes the phone vibrate when you pick it up to notify you about missed calls and messages. Easy mute lets you mute incoming calls and alarms by turning the device over. Smart Stay on the other hand keeps the screen ‘ON’ while you are looking at it. 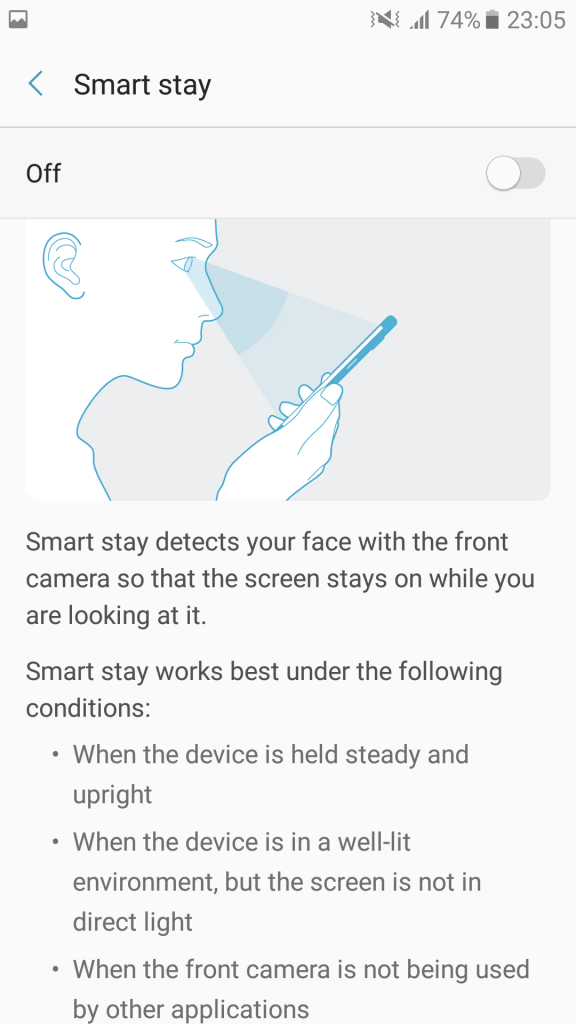 It also has the S bike mode. Once you activate the mode, a pre-recorded message informs the caller that you are currently riding a bike. If the call is urgent, the caller can choose to press 1 to get through. Moreover, it also has Samsung Pay feature that lets you pay bills with just a touch. It supports several banks.

Out of 3GB RAM, the user will get around 1.4GB on first boot and out of 32GB users will get around 23GB of free space to install the app and download other data’s. If it’s not enough, you can also expand the memory up to 256GB through microSD card slot. Apart from the usual set of Google app, it comes with a bunch of Samsung’s native apps, Facebook, Opera Max and Microsoft apps as well. 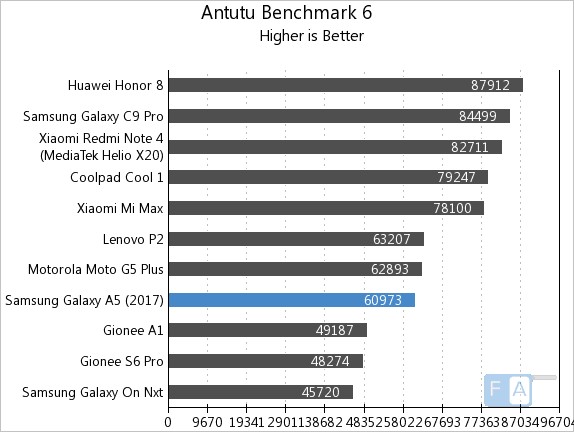 It managed to score 60973 points in AnTuTu Benchmark 6. 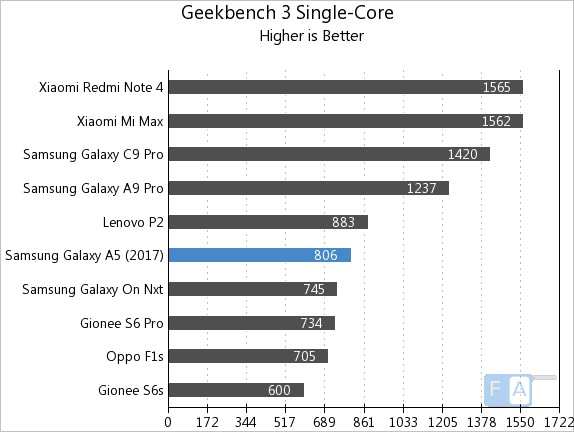 It managed to score 806 points in Geekbench 3 Single-Core benchmark. 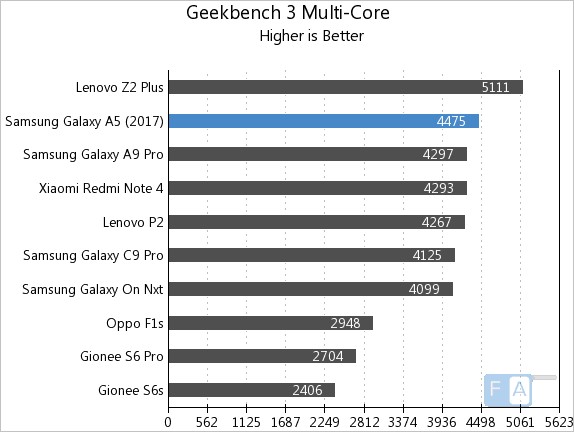 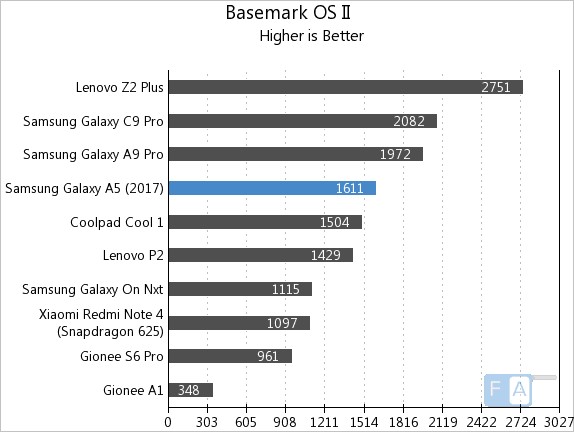 The phone has a fingerprint sensor built into the home button and it is fast to unlock. But 3 out of 10 times, the fingerprint scanner doesn’t respond even when you repeatedly do it. At times, this might be irritating. Hope, Samsung solves this problem very soon. You can also user fingerprint for Samsung Pay in some markets where the service is available.

Dialer and messaging UI are similar to other Samsung smartphones running on Android Marshmallow. You can set preferred SIM for voice call, text and data from the SIM card manager. As usual it has Smart Dual SIM feature, similar to other latest Samsung Dual SIM smartphones. This automatically forwards calls from the phone number on SIM 2, even if a user is on the phone with SIM 1’s number. There are no call drops and the earpiece volume is good.

It has a usual set of connectivity including 4G VoLTE, Wi-Fi 802.11ac (2.4GHz and 5GHz), Bluetooth v4.2, NFC, USB Type-C. It has 4G connectivity with support a lot of bands and also has Voice-over-LTE (VoLTE) support for Reliance Jio. 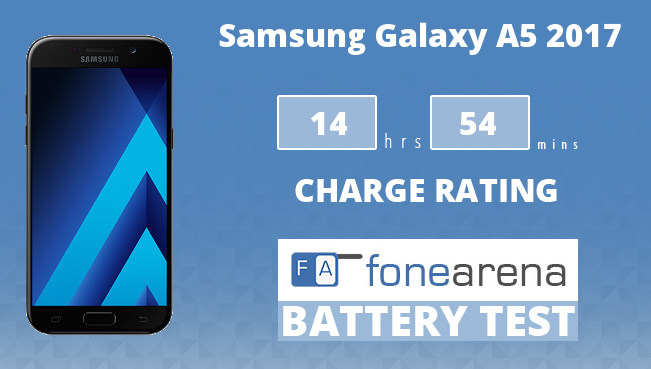 The Samsung Galaxy A5 (2017) is powered by a 3000mAh battery with adaptive fast charging technology this time, which is a little bump over its predecessor. Moreover, in our One Charge Rating, the Galaxy A5 (2017) achieved 14 hours 54 minutes. Also, it takes about 1 hour 17 mins to get fully charged from 0 to 100%. We will bring you the complete set of battery life test results soon.

Overall, the Samsung Galaxy A5 (2017) is indeed a worthy successor with beautiful build quality, snappy performance, good camera. Even though it has few flaws, the positives in this mobile will overpower this for sure. But what hurts here is the price point. At Rs. 28,990, this is definitely costly and on the other hand, you will get flagship grade smartphones including OnePlus 3T and others from Chinese OEMs with powerful specifications at much cheaper cost.