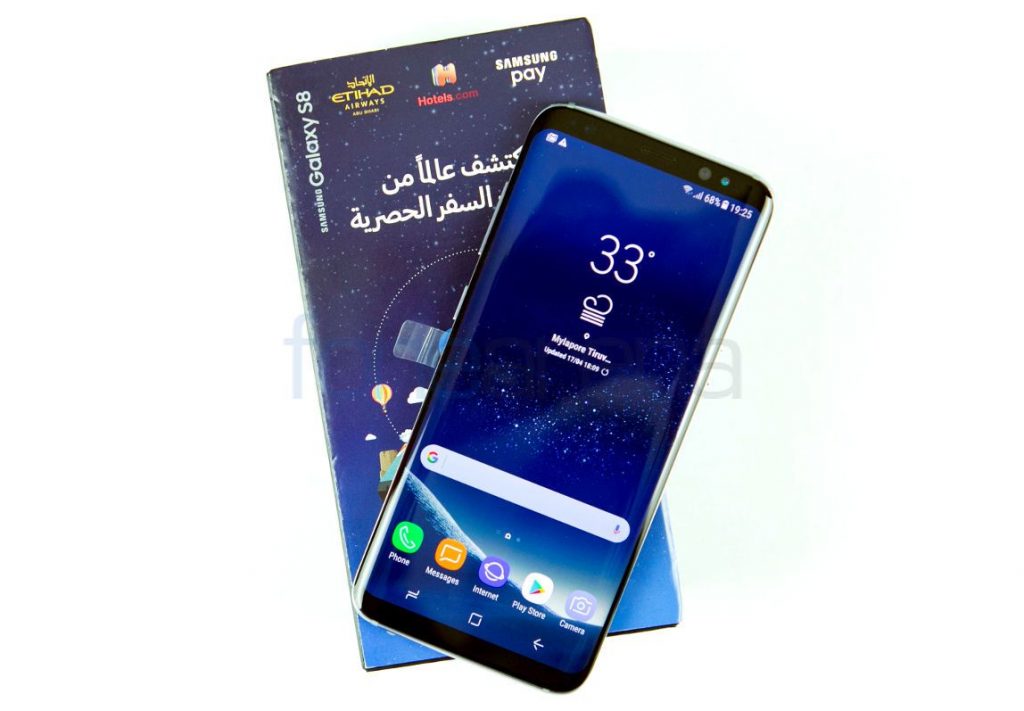 Samsung introduced its flagship Galaxy S8 and Galaxy S8+ smartphones at its New York event last month. Both the phones will launch in India on April 19th, but before that we managed to get an unit of Galaxy S8 for an unboxing. Check out the video below. 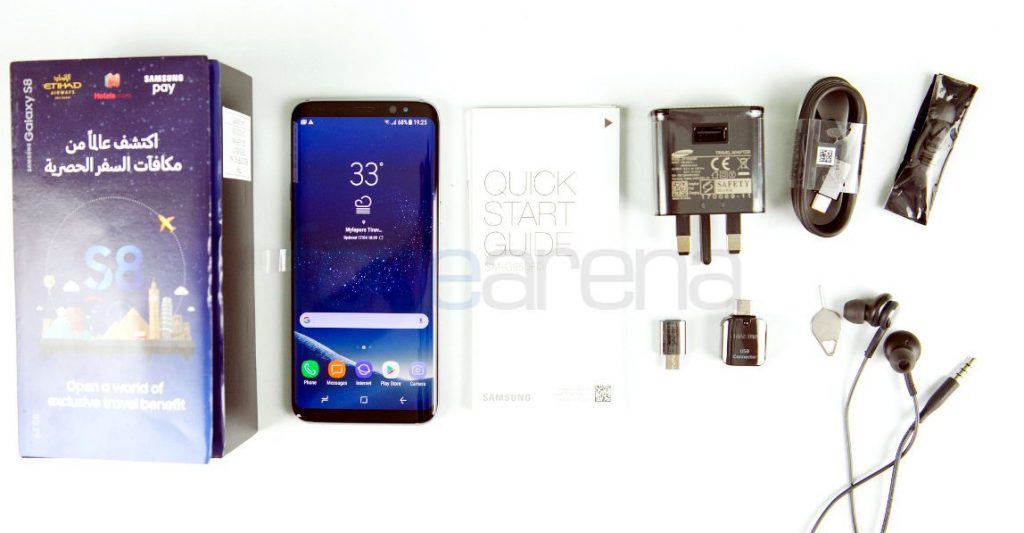 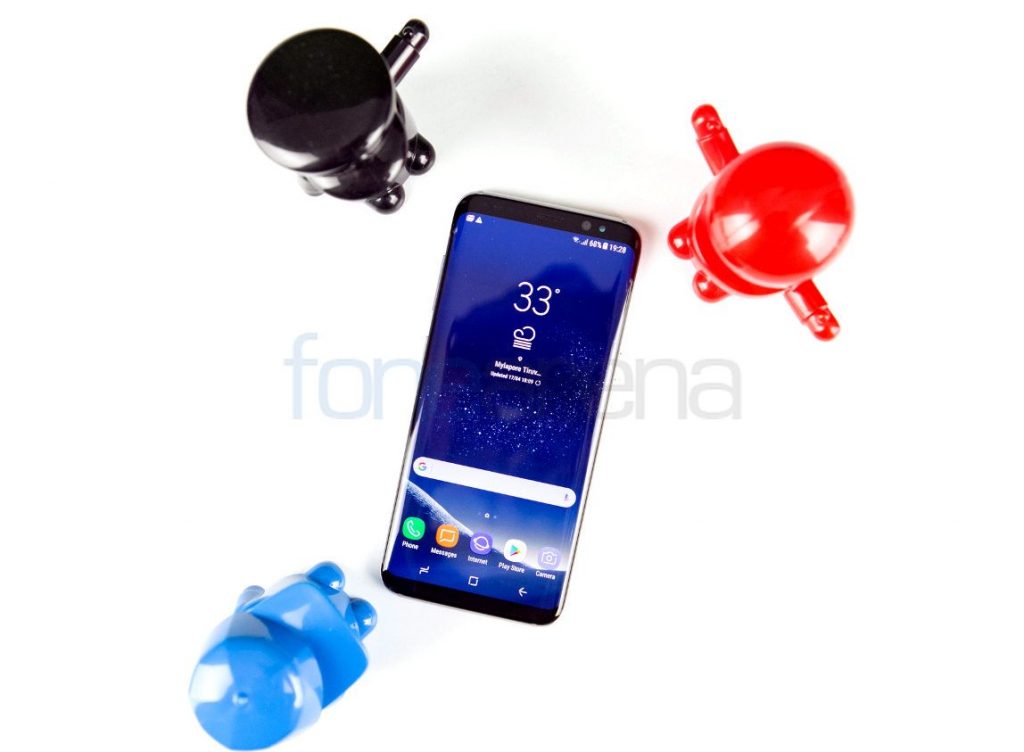 The Samsung Galaxy S8 packs a 5.8-inch Quad HD+ (2960 × 1440 pixels) Super AMOLED Infinity end-to-end, bezel-less screen that extends to the phone’s sides. It also has a Corning Gorilla Glass 5 protection. Samsung has removed its signature home button and capacitive touch buttons below the display with on-screen buttons. It also offers haptic feedback like iPhone, offering virtual feeling of pressing a home button when pressed on a specific spot where the software home button appears.

It has an 8MP auto focus front-facing camera with f/1.7 aperture and 80-degree wide-angle lens. There is also an Iris scanner on the front. The version we have is powered by Exynos 9 Series 8895 processor with Mali-G71 MP20 GPU, even though some markets like the U.S. gets the Qualcomm Snapdragon 835 version. It has 4GB of RAM and 64GB of internal storage. Since this is the S8 Duos, it comes with hybrid SIM slot for nano and a nano or a microSD card.

It runs on Android 7.0 (Nougat) with Samsung Experience version 8.1. It also has Bixby assistant with dedicated button to launch it but it the company already confirmed Bixby Voice will not be available with the global launch, and only the Vision, Home and Reminder will be available. 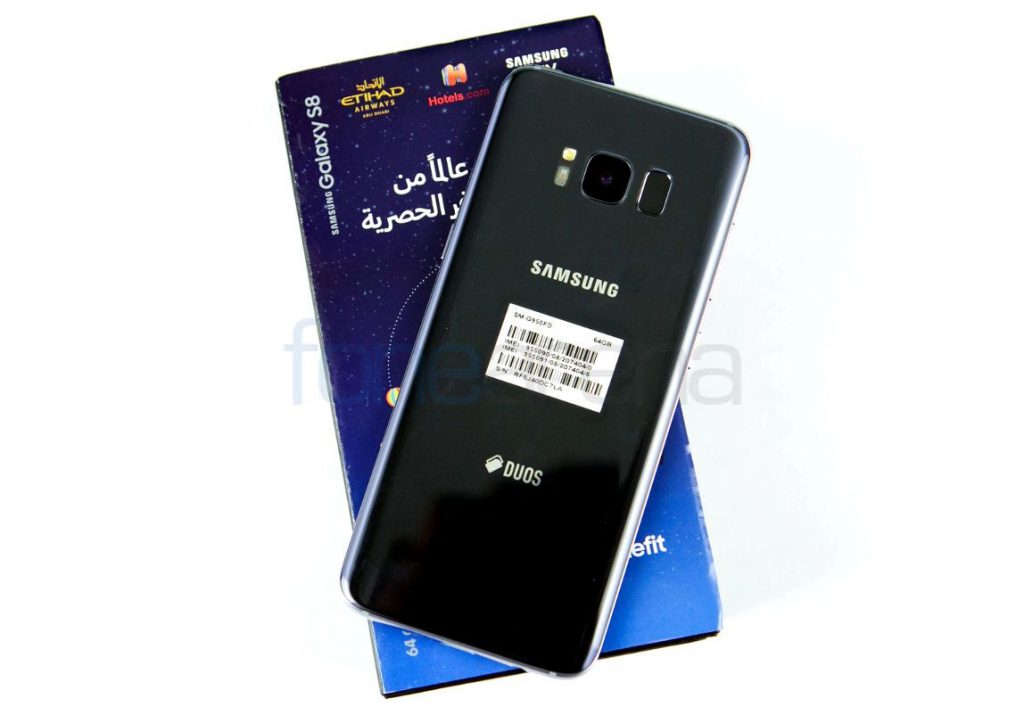 It has a glass back with Corning Gorilla Glass 5 protection. There is a 12MP Dual Pixel rear camera with LED Flash, f/1.7 aperture, OIS, 1.4µm pixel size and OIS. There is a Heart Rate Sensor on the back, next to the camera along with the fingerprint sensor which has been improved a lot compared to Galaxy S7.

It is also Water and dust resistant with IP68 ratings and packs a 3000mAh built-in battery with support for wireless charging. The Galaxy S8 costs around $749 (Rs. 48,300 approx.) in the U.S. and it is expected to be priced around Rs. 55,000 when it launches in India on Wednesday.