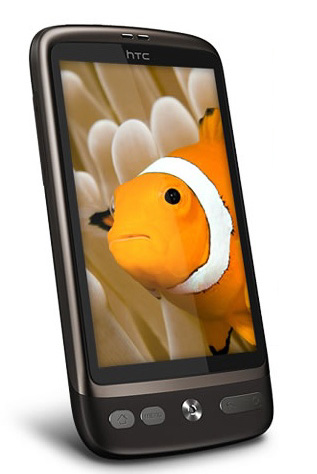 Vodafone UK is the only carrier that loves Android devices more than any other mobile network in UK, because Vodafone offers a wide range of Android powered devices. Vodafone UK proudly offers the HTC Desire, which is a very good, beautiful, and a fast phone.Vodafone HTC Desire is currently running on Android 2.1, and Desire folks are waiting for Android 2.2 so then Nexus One users could stop teasing them. Finally, Vodafone UK has announced that the Android 2.2 update for HTC Desire is coming out in next 7 to 10 days.

Here’s the official statement from Vodafone:

“We’ve listened to feedback from customers on a number of points around the recent 360 Android 2.1 update and made some changes to the roll out plan.

The Android 2.2 update for Vodafone HTC Desire users will be based on the HTC open market version of the software and we will customise it to ensure our network settings are installed.

For customers who have downloaded the recent 360 update for Android 2.1, we can confirm that the Android 2.2 update will remove the 360 applications and will leave the homepage and bookmarks on your current settings.
Customers who want to access the 360 services will be able to do so once the Android 2.2 compatible version is available and, in the meantime, can now download apps like 360 People from the Android Marketplace.

We plan to make the 360 apps available in a separate update for the HTC Desire at a later date, giving customers the choice to download it. We will let you know when the date for delivery of the Android 2.2 update is finalised, but, subject to testing, we expect this to be in 7-10 days time.”

Vodafone really loves their valuable customers. So Desire folks, are you excited now? Or do you need a free movie ticket too?