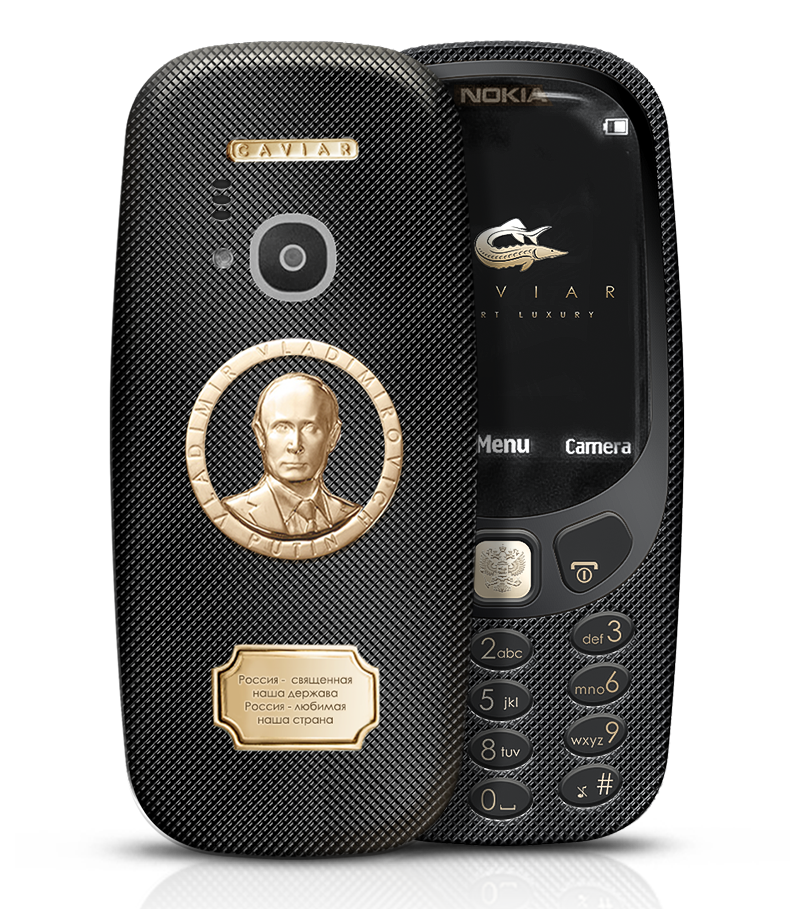 At the MWC (Mobile World Congress) 2017, the Finland-based handset maker Nokia made its comeback in the smartphone market by introducing Nokia 3, 5 and 6 phones. Additionally, due to consumers demand, the company also introduced its famous 3310 feature phone with a refreshed design.

Soon after the official launch, a luxurious version of the very same Nokia 3310 is now available, inspired by the Russia’s president, “Vladimir Putin”. A company called Caviar who makes luxury smartphones including Apple iPhones has manufactured limited-edition of the Nokia 3310 called Supremo Putin. 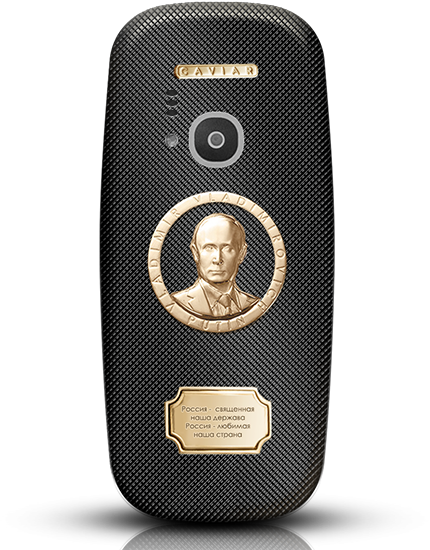 This device features a gold-plated portrait of Vladimir Putin on the back and gold seal with a quote from Russia’s national anthem as well. Also, it comes with a gold plated button on the front with an image of Russian coat of arms etched in it. Having said that, it comes with a wooden case lined with black velvet.

The specifications of the phone are the same that comes with improved design, custom designed user interface and a 2.4-inch polarized QGVA display.  There’s also a 2 megapixel rear camera with LED flash and support for up to 32GB microSD support.