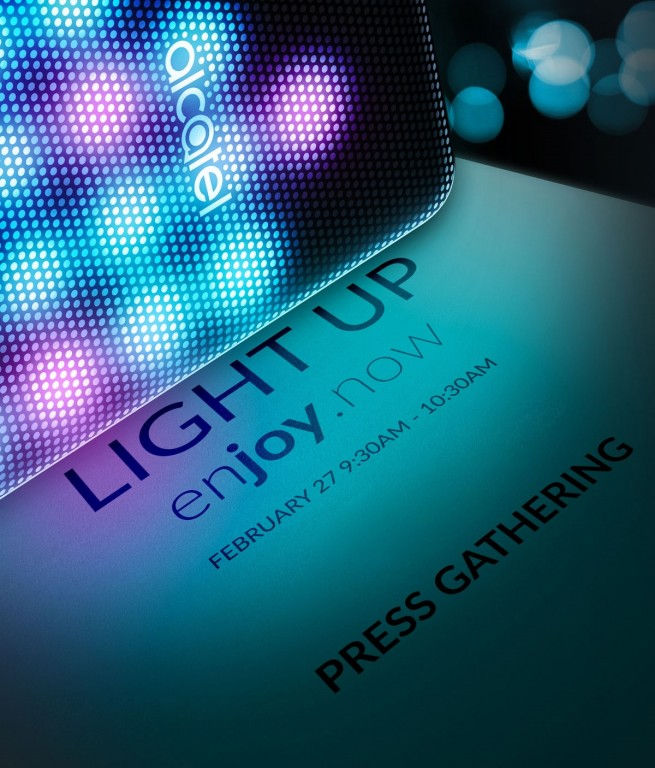 Alcatel has sent out invites for its MWC 2017 event that is scheduled for February 27th in Barcelona. The invite reads LIGHT UP enjoy now along with the event date and time and the back of the smartphone that is lit up colorfully. 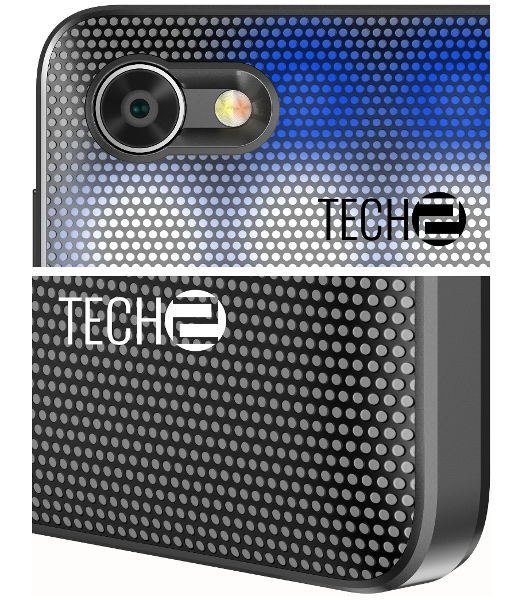 According to a recent leak, Alcatel is rumored to introduce several smartphones, including a modular smartphone, which will not be completely modular, but it will come with modular accessories like the Moto Z series. Specifications of the smartphone are not available, but a couple of images have surfaced that coincides with the invite.

The smartphone will get new features through replaceable back covers, including the back cover shown in the picture that will have tiny LED light that will light up according to music played on the smartphone. It is said to consume much less power that is drawn from the smartphone using a connector similar to Moto Z series phones.

Details about other modular accessories are not known yet. The Alcatel event starts at 9:30AM CET (2:00 PM IST) on February 27th.