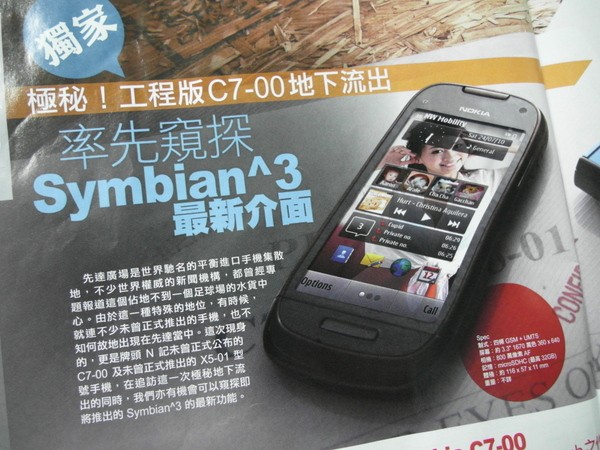 We saw the leaked pictures of the Nokia C7 last month. Well here is now a hands-on article from a Hong Kong magazine called Hi-Tech.

The CEO of Nokia said that the Nokia N8-00 will be the last Nokia N-Series device to run Symbian^3 but the magazine reports that the C7-00 is also running Symbian^3.

They have confirmed the following specifications:

They say that they found the mobile quite easy and fast to operate which means that the mobile is in it’s final stages of development and we could expect an announcement quite soon. They say that it supports multi-touch, multi-touch browsing, cover flow in music player and 720p Youtube videos.

Update :  Thanks for pointing out that Nokia meant that N8 was the last Symbian^3 N-Series device and not otherwise