Samsung has started rolling out Android 7.0 Nougat update for Galaxy S7 and Galaxy S7 edge devices. The company had started Nougat beta testing on these device in November last year.

Users on Android Nougat’s beta version will be the first to get the update which is 215MB in size. They will receive the update before it is rolled out to regular users of the devices. The update also includes the January 2017 security patch.

The changelog for the update details several UX and performance fixes, including improvements to notifications, multi-window mode, always-on display, and enhancements to the system upgrade and app installation process. 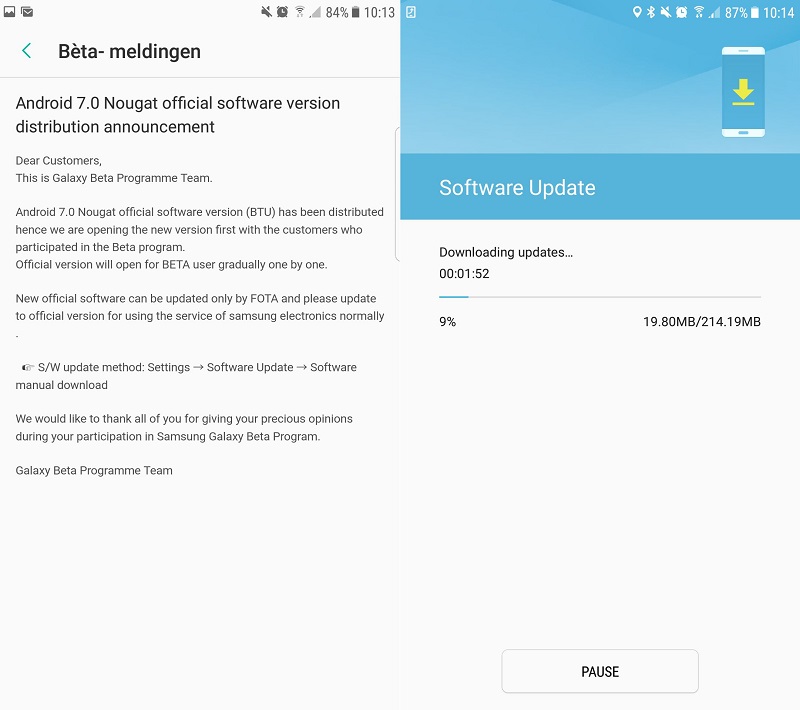 Last month, Samsung had said that it will push Android 7.1.1 (Nougat) update directly when it rolls out the final stable release for these devices. The update is expected to be made available in more regions over the next few days.