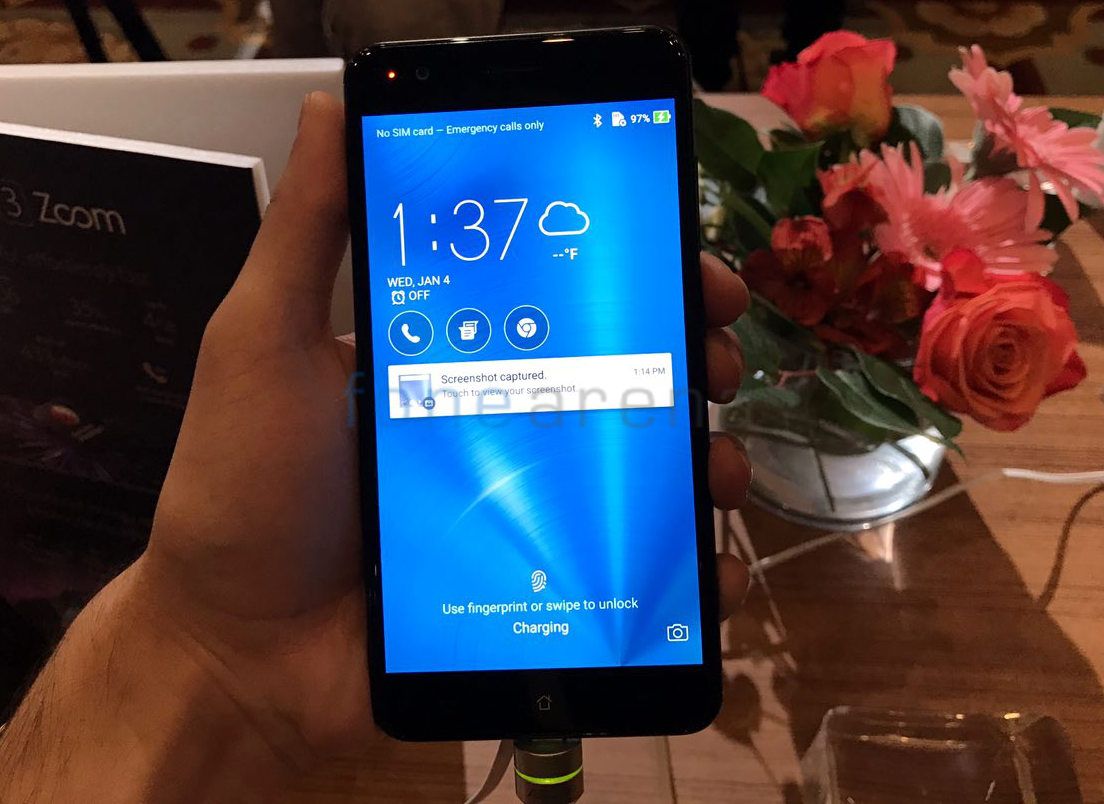 Asus announced Zenfone 3 Zoom at the CES 2017 this week. We went hands-on with the smartphone after the event, check out the hands on video. 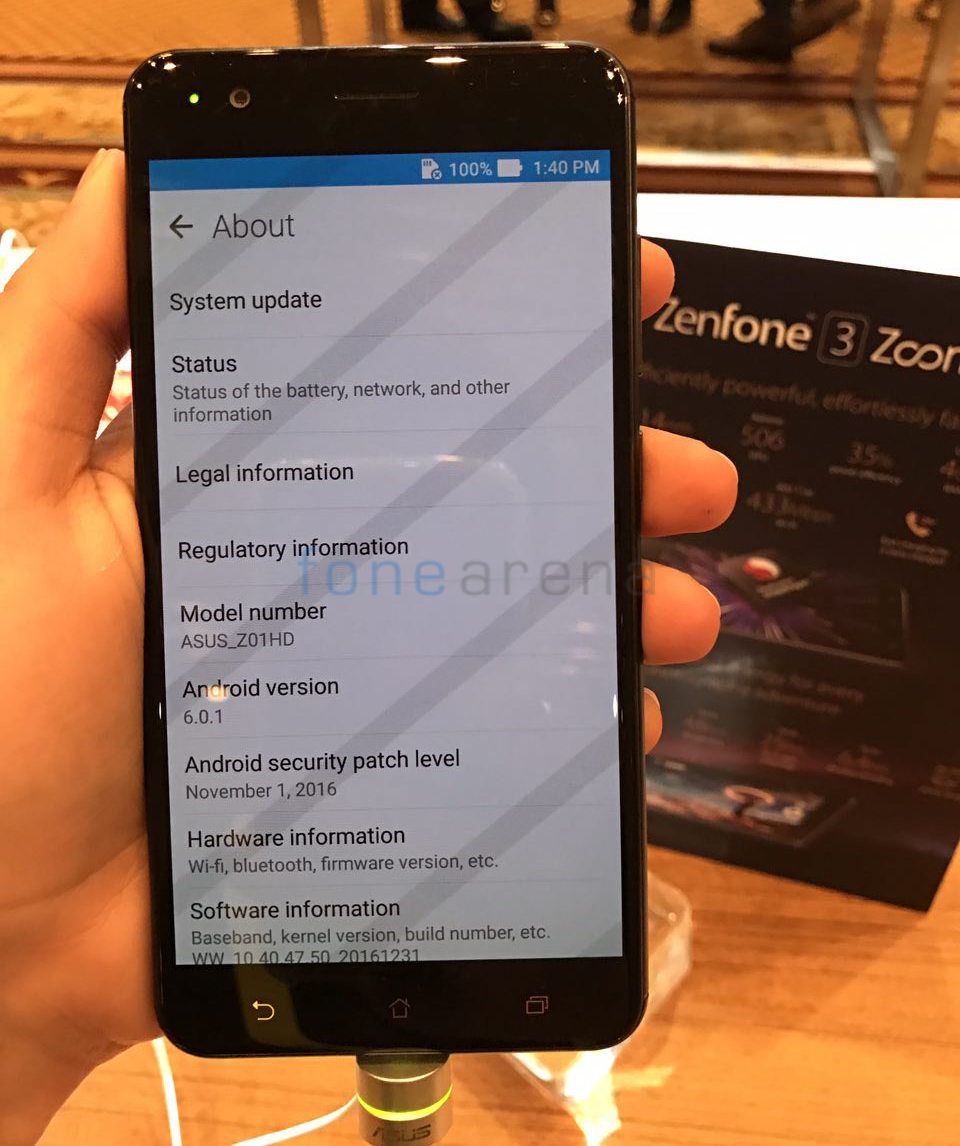 The Zenfone 3 Zoom packs a 5.5-inch 1080p AMOLED display with Corning Gorilla Glass 4 protection, is powered by an Octa-Core Snapdragon 625 processor and has 3GB / 4GB RAM. Running on Android 6.0 (Marshmallow) with Zen UI 3.0, which is upgradable to Android 7.0 (Nougat). On the front there is a 13MP camera with f/2.0 aperture and Sony IMX214 sensor.

On the right side there is a volume rocker and power button. On the left there is a hybrid SIM slot. On the bottom there is a USB Type-C port, 3.5mm audio jack and a loudspeaker grill. It is just 7.99mm on its thinnest edge and weighs 170 grams. 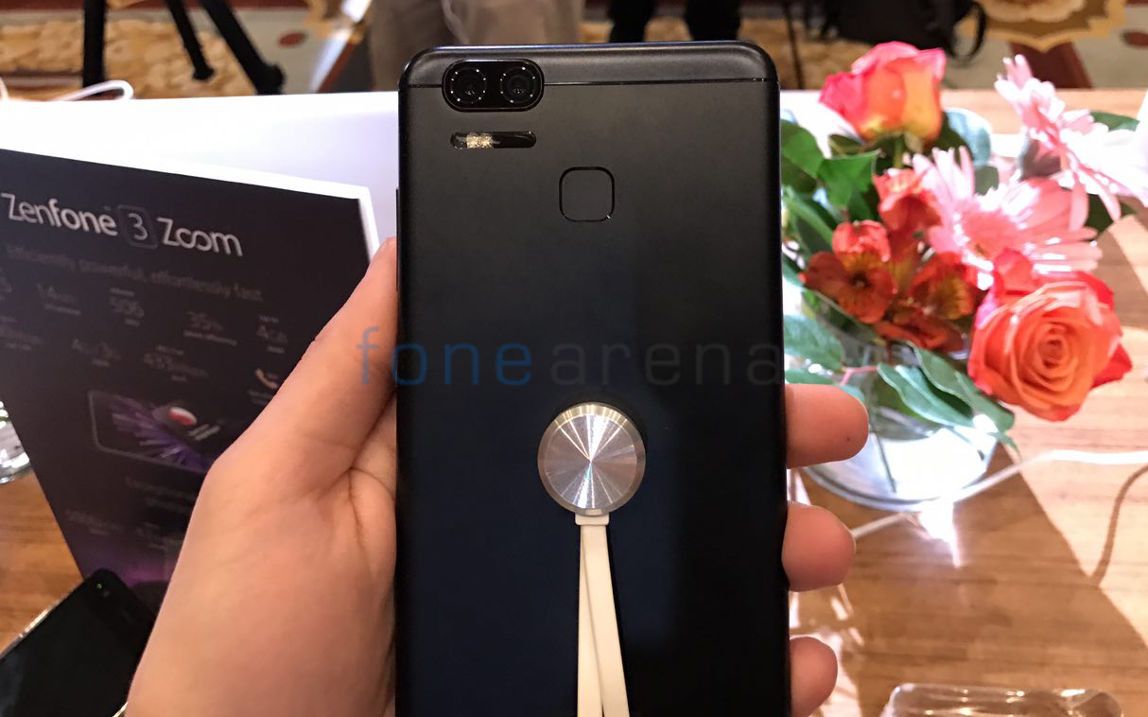 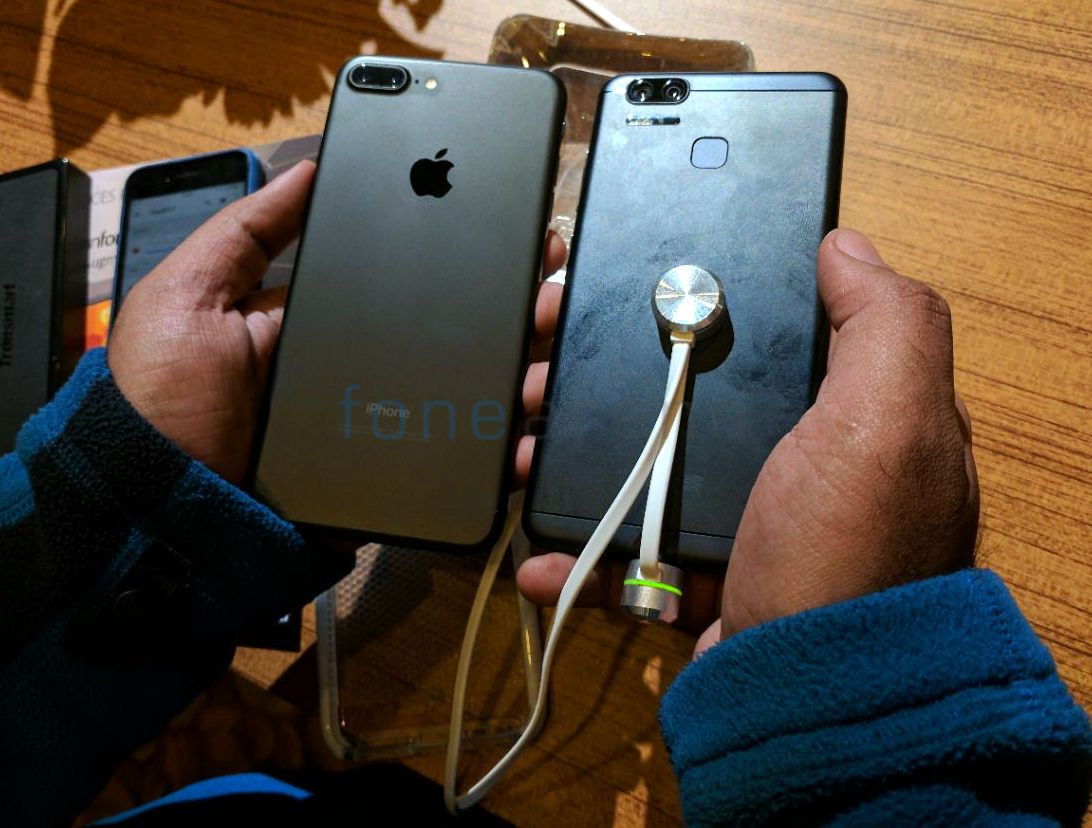 The camera arrangement looks similar to the iPhone 7 Plus. It also has a similar portrait mode. 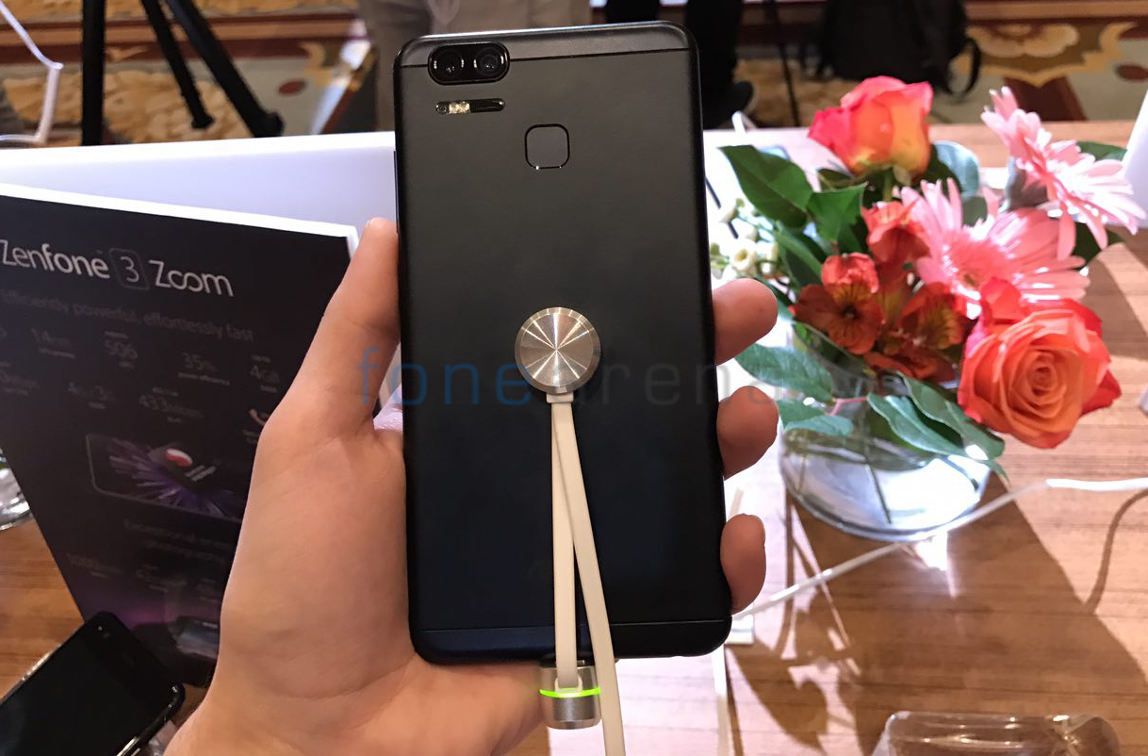 It has a unibody metal design, comes with TriTech+ optimization that selects one of three autofocus methods — Dual Pixel, continuous AF and laser — to use at any given time and promises image capture in just 0.03 seconds, even with a moving subject. It will get RAW support with an upcoming Android Nougat update and comes with manual shooting mode.

It packs a huge 5000mAh battery that promises up to 42 days of standby and up to 6.4 hours of continuous UltraHD video recording. IT comes in Glacier Silver, Sapphire Black and Rose Gold colors and will roll out starting from February 2017. No details about the pricing yet.