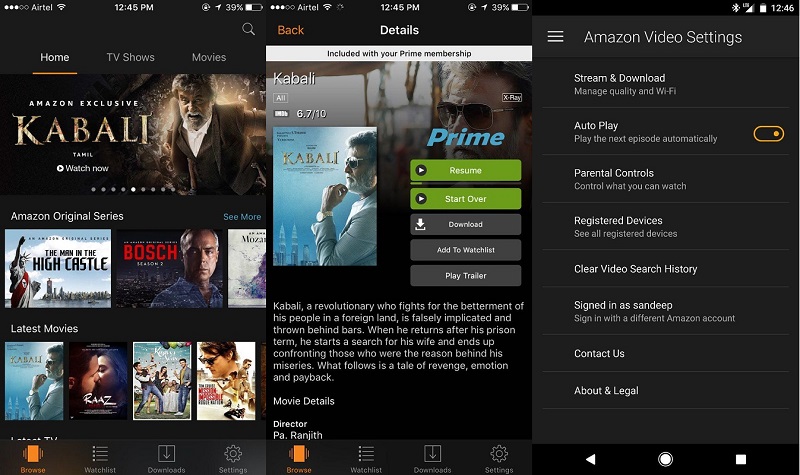 Amazon’s Prime Video service is finally live in India, as expected. The service which will be available to Amazon’s Prime subscribers, will allow them to stream Indian and international TV shows and movies along with Amazon Original Series. Amazon Prime Video app is now available for Android and iOS and users can also access the service using their Amazon India login credentials.

Amazon first launched its Prime service in India in May this year that offers unlimited one-day and two-day delivery, discounted same-day, morning and scheduled deliveries. Amazon’s Prime Video service is included in the Prime service. This essentially means, those who have subscribed for Amazon’s Prime service will be able to use Prime Video as well. In September, Amazon teamed up with Dharma Productions to stream films and upcoming new releases. The company has also partnered with Vishesh Films. Amazon also signed a deal with SS Rajamouli, Graphic India and Arka Mediaworks for a multi-episode animated series titled – Baahubali: The Lost Legends based on the popular movie Baahubali, which will premiere first on Amazon Prime Video India in 2017.

Netflix forayed into Indian market at the beginning of this year along with 128 other countries with plans starting at Rs. 500 per month. In comparison, Amazon Prime Video subscription in India is available at an introductory price of Rs 499 for a year. This is expected to go up to Rs 999 later.