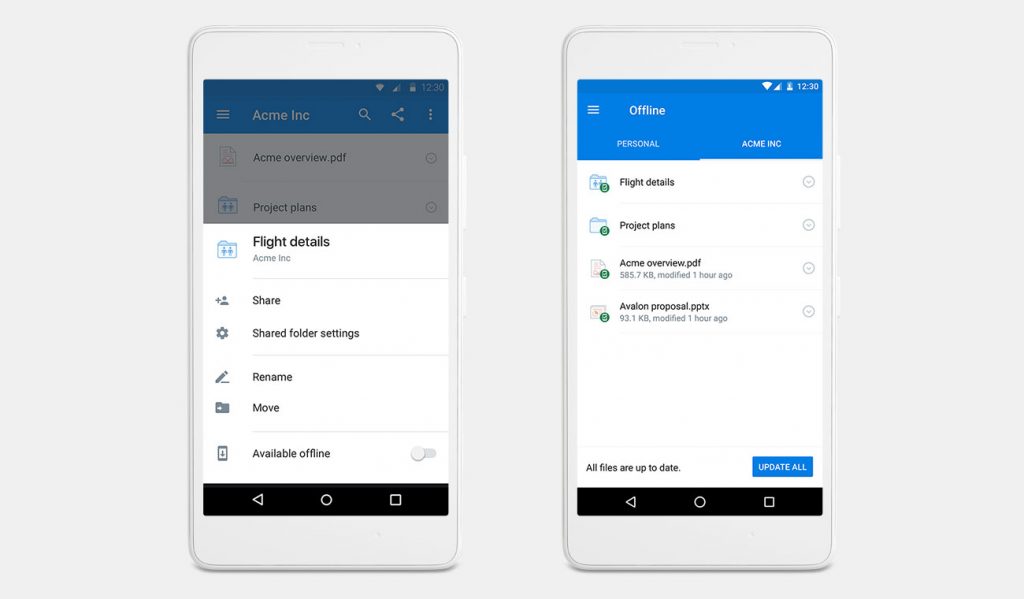 Dropbox has rolled out a new feature for its Android users which will allow them to access files on the go. Dubbed as Dropbox Mobile Offline Folders, the feature lets users work when their phone is offline i.e. without a data or WiFi connection.

The latest feature, according to the cloud-based file sharing service says this has been a top requested one. Dropbox Mobile Offline Folders is available only for Dropbox Pro, Business, and Enterprise customers. You can tag an entire folder to automatically sync contents to your mobile devices instead of marking individual files. Users will need a working internet connection to download these files.

Mobile offline folders not only help minimize downtime during commutes and traveling days, they also make it easier for admins to communicate with the entire team. Now, everyone in the office and in the field can stay on the same page and know they’re working with the latest documents.

The Mobile offline folders feature will go live for latest version of the Android app within the next few days. Dropbox says, the feature will launch for iOS devices early next year.