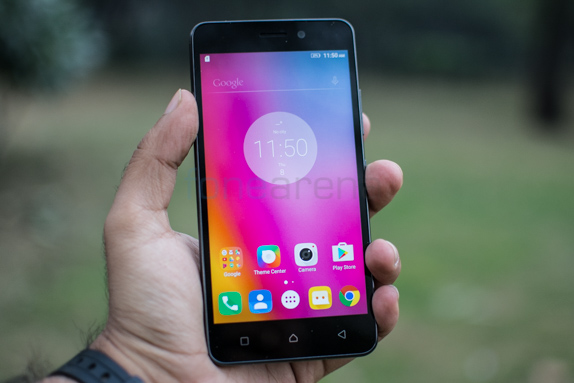 For better or worse, the Lenovo K6 Pro is a pretty generic looking device. The front in particular could easily pass off as any other entry-level Android device. The device measures 141.9 x 70.3 x 9.3mm and in hand, it feels good albeit pretty much the same as any other in the category.

Up front is a 5 inch Full HD panel, with a deep black shell running all around the device. With the screen switched off, the display almost merges into the bezels alongside and exudes a black slab like appearance. The metallic bezel running around the front of the phone extrudes out and prevents the screen from lying flat on a surface. An 8MP camera module lies above the screen while below it is a row of capacitive keys that correspond to menu, home and back. Unfortunately these are not back lit.

Moving on, there’s a volume rocker and power button lying over on the right side of the phone. We found the ergonomics to be great and the buttons are placed exactly where your fingers lie. The tactile feedback too is very satisfactory. The left side sports the Hybrid SIM card slot. Finally, in a rather unconventional arrangement, both the microUSB port and the 3.5mm jack are placed at the top of the device. 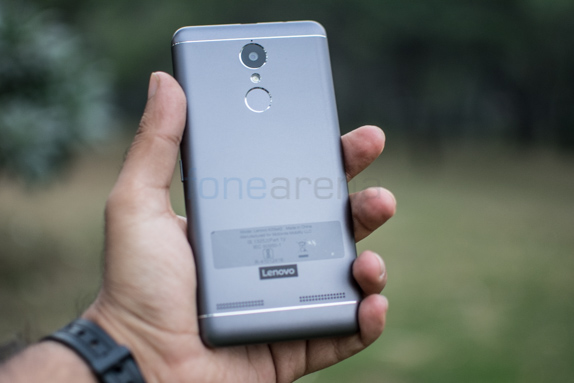 Flip the phone over and you’ll observe that the metallic back panel curves over the edges to reach the raised rim. The camera module sits above the fingerprint scanner with an LED flash placed between the two of them. The rear panel is also host to very visible antenna bands. Overall, the design is bog standard and visually inoffensive. Its not the best looking device but it won’t be an eyesore either.

We like the software approach taken by Lenovo. There’s hardly any bloat on the device and minor tweaks aside, it sticks to the stock Android paradigm. The lockscreen leads to the homescreen where you can place app icons or widgets.

You can also easily drop into the app drawer from where you’ll be able to find all remaining applications. We like the fact that bloatware has been kept to a minimum and so have needless customisations. Really, the icons aside, Lenovo’s software interface could very well be stock Android.

Let’s talk about some of the more interesting customisations to the software.  There’s a full range of gestures integrated into the device that let you quickly take photographs, switch on the flashlight, use the fingerprint reader as a shutter button and much more. 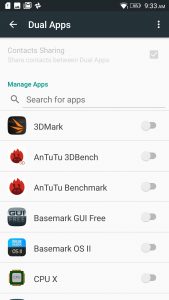 Our favorite feature however has to be the Dual Apps profile which lets you maintain two versions of the same app. Its a simple affair to enable Dual App support on most installed apps and you can use two separate WhatsApp accounts on the device should you please.

Between the Octa-Core Qualcomm Snapdragon 430 processor and Adreno 505 GPU aided by 3GB of RAM, the Lenovo K6 Power does well enough in its category. It’s main competitor is the Xiaomi Redmi 3S that packs similar specifications. Face it, a phone like this is not meant to be a scorcher. It strikes a good balance between power, performance and also battery life. We found that the Lenovo K6 Power worked very smoothly while navigating the interface. There’s no lag or stutter here. Even while multitasking we failed to get the phone to slow down. High end games run fine but take a bit longer during start up. We also observed an occasional drop in the frame rate. 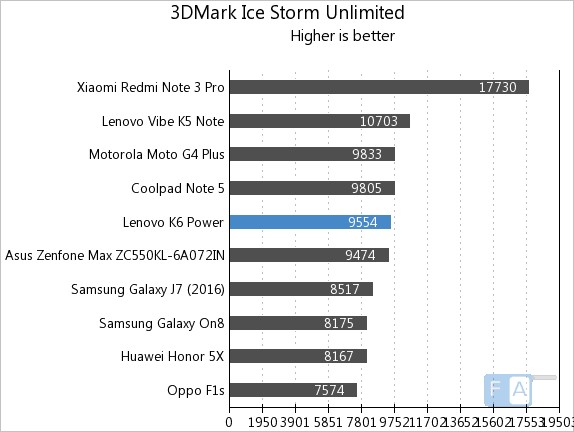 In the 3DMark Ice Storm benchmark, the phone scored 9554 points which placed it in the middle of the benchmark list. 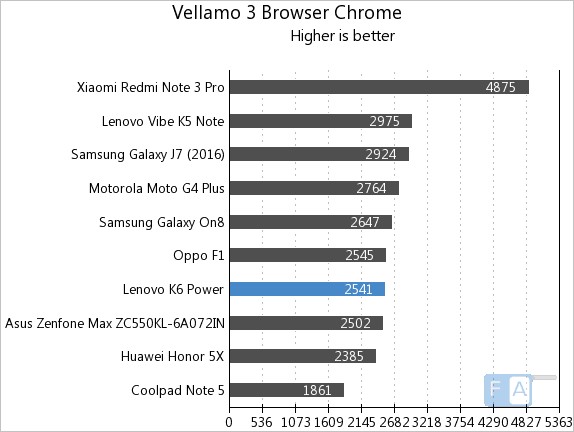 In the Vellamo 3 browser benchmark, the phone scored 2541 points which is about the same as most of the competition. Of note, the Redmi Note 3 Pro shot ahead with 4875 points. 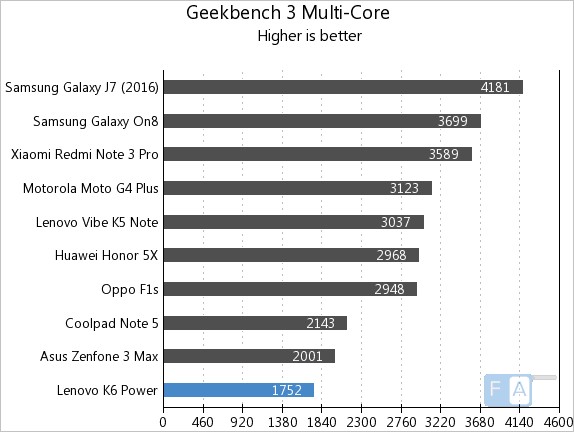 On Geekbench 3, the Lenovo K6 Power scored 1752 points placing it at the bottom of our test bench. 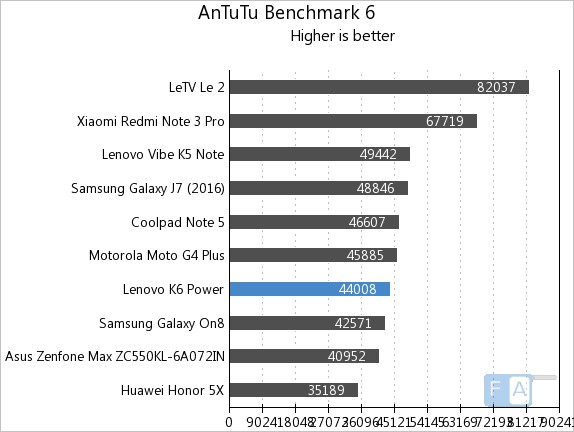 Finally in the AnTuTu benchmark, the phone scored 44008 points lying right in the middle of benchmark list. As always, we don’t recommend blindly following benchmarks since they are only indicative of performance and can’t give an idea of regular usability.

A 5 inch Full HD IPS panel can be seen on the Lenovo K6 Power. This results in a pixel density of about 440 PPI. Absolutely tack sharp, you’ll struggle to spot jagged edges anywhere. Images, icons and text, all look absolutely crisp. 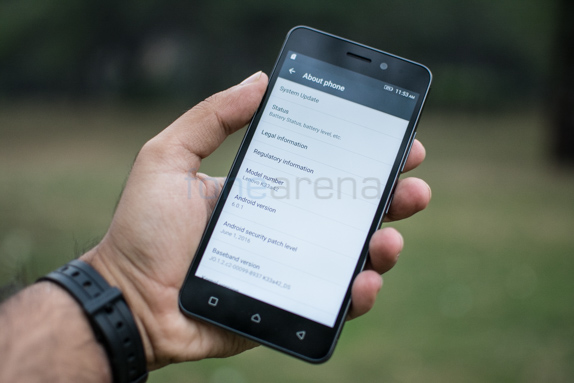 Color rendition is good but tends to err towards over saturation. While not accurate, we feel that most users prefer the high contrast, saturated color signature especially for media consumption. Brightness levels could have gone higher which would have further helped sunlight visibility which is good but not quite the best.

The 13MP rear camera with a Sony IMX258 sensor has a decent enough pedigree. Unfortunately, camera performance was pretty disappointing. The images turned out consistently washed out and low light shots were night unusable. 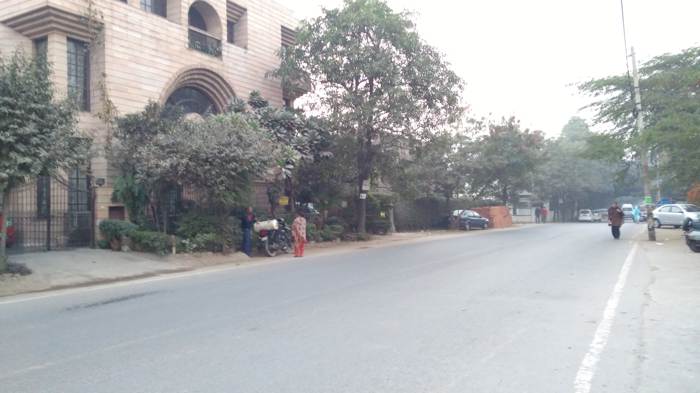 In what is a pretty typical scenario, we took a photograph down the street but the sky was completely blown out and the colors look very washed out.

The Lenovo K6 Power did well enough in close up shots and the flowers looked sufficiently vibrant. We had a lot of trouble capturing the image of the moving dog and the burst mode certainly helped in that regard. Overall, the camera is usable but don’t expect wonders from it. It is serviceable at best.

Connectivity options on the phoe include 4G VoLTE, Wi-Fi 802.11 b/g/n, Bluetooth 4.1, GPS and USB OTG. About 8GB of the 32GB storage onboard is used up by the operating system. The K6 Power is a dual SIM device with a hybrid SIM slot that you can use for expanding storage as well. In addition, you can bump up storage via a USB OTG dongle.

Finally coming to one of the best aspects of the handset. The Lenovo K6 Power with its 4,000 mAh battery consistently delivered well over a day of usage. With relatively heavy usage consisting of multiple email accounts, social channels, a lot of WhatsaApp & Telegram use and a couple of photos as well, the Lenovo K6 Power still had over 30% charge left. Battery life varies drastically depending on use but all said and done, you’ll find it very hard to deplete the battery in a single day.

The Lenovo K6 Power is a solid offering from Lenovo and it manages to strike a very good balance between performance and value for money. Our biggest gripe was the camera performance which proved to be quite underwhelming. 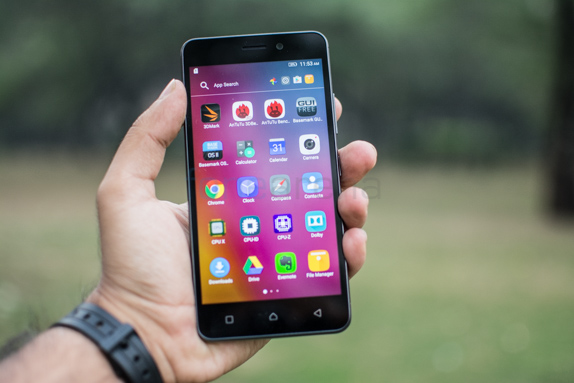 Priced at Rs. 9,999, the phone makes a good case for itself. It stands right next to the Xiaomi’s offerings while providing a very competitive and in some ways, a superior software experience. It is available exclusively from Flipkart.