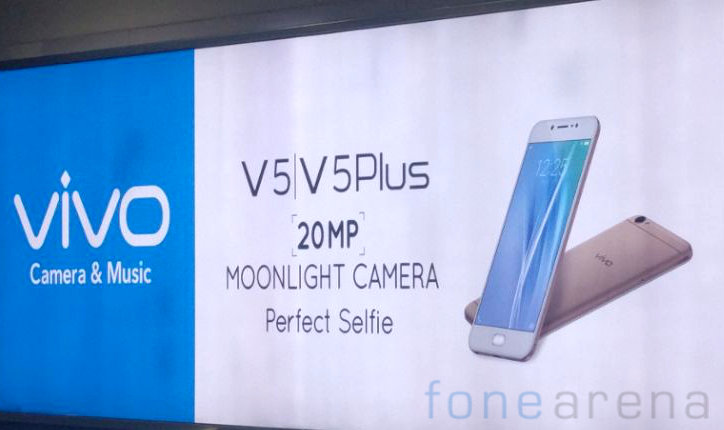 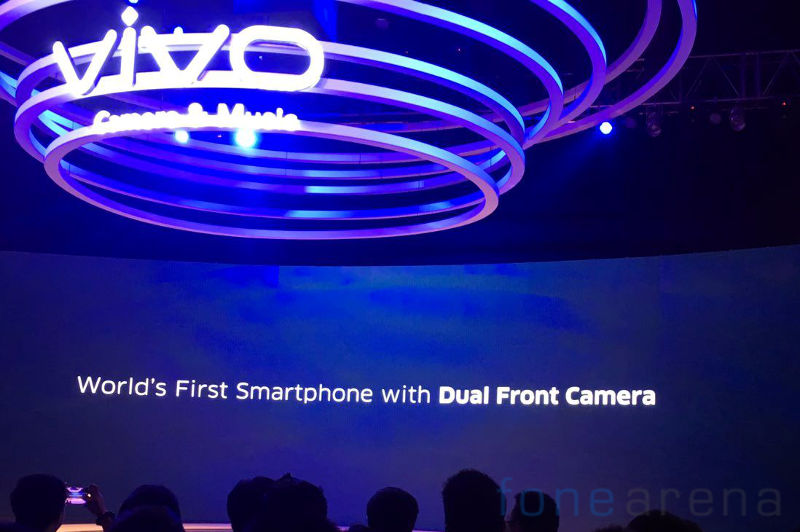 Even though vivo says that the V5 Plus will be the world’s first smartphone with dual front cameras, Lenovo was the first company to bring dual front-facing cameras in the S1 that has a 8-megapixel primary front camera that captures images and a 2-megapixel secondary front camera to analyze the depth of field information. Later LG introduced the V10 with dual 5-megapixel front-facing cameras that has two separate lenses to capture standard 80-degree selfies or wide-angle 120 degree selfies.

The V5 Plus will likely be X9 or X9 Plus that will be officially announced tomorrow. Vivo already confirmed that these smartphones will feature 20-megapixel front-facing camera with Sony IMX376 sensor, same as the Vivo V5 and a secondary 8-megapixel camera.

According to earlier rumors, the Vivo X9 and Plus Plus smartphone are expected to come with  5.5-inch and 6-inch 1080p displays, 4GB or 6GB of RAM and Snapdragon 653 SoC. We should know all the details about these phones tomorrow.