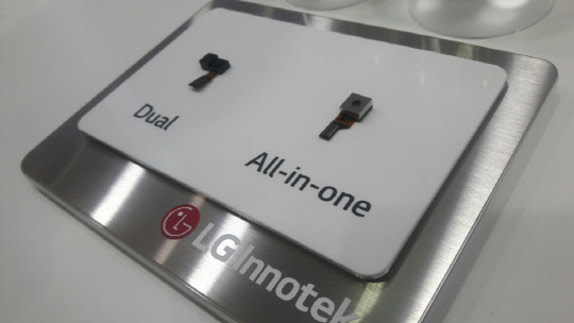 LG Innotek, one of the popular components and materials manufacturers last week at the Korea Electronics Show recently held in COEX, Seoul showed off two new Iris scanning models. This hints that the upcoming flagship LG G6 smartphone could feature an Iris scanner.

One of the module has a camera and a separate sensor for iris recognition, next to the camera, similar to the Galaxy Note7, which has a dedicated iris camera, apart from the front-facing camera, which utilizes a special image filter to receive and recognize the reflected images of the irises with a red IR LED light.

LG Innotek said that these new modules can be expected in smartphones coming in early 2017, so this could be used in the flagship G6 smartphone. A recent report said that the LG G6 might not feature a modular design and come with ‘friends’ modules, but another report said LG is yet to decide whether if it wants to get rid of modules.