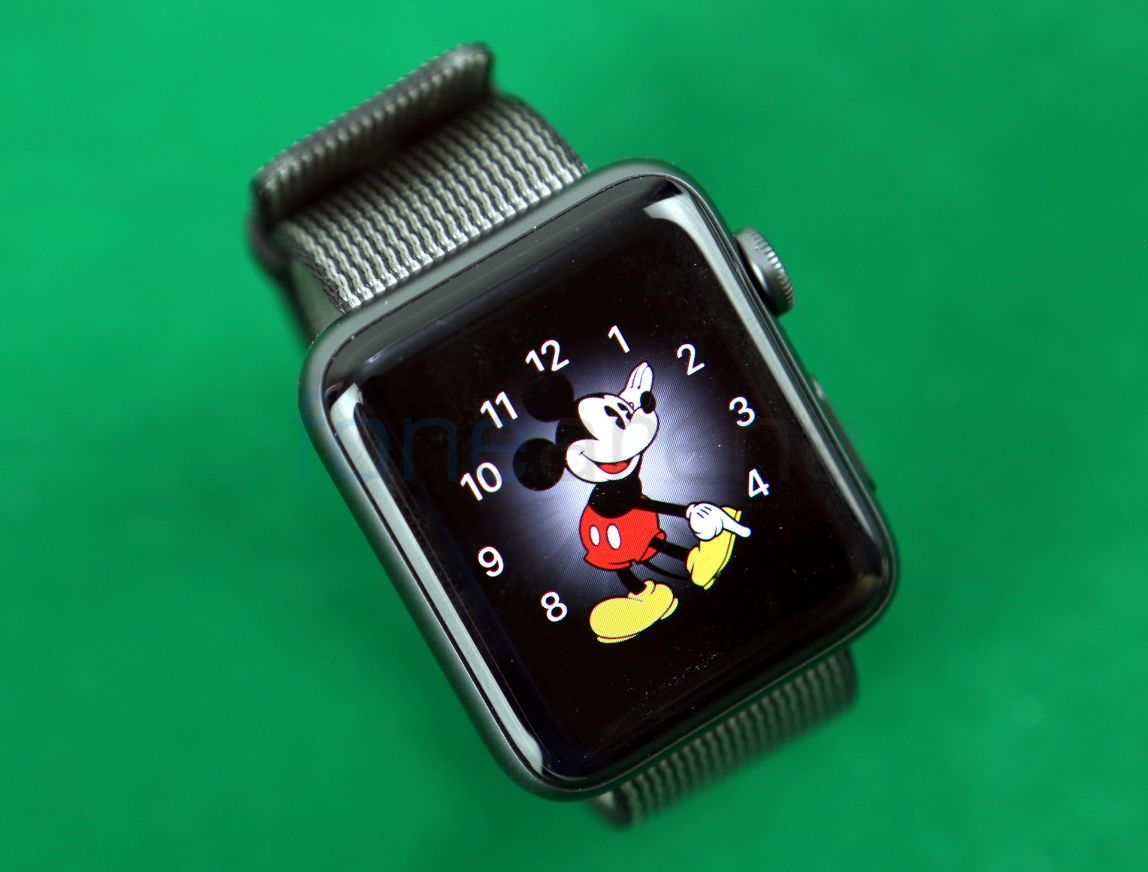 The worldwide smartwatch market experienced a year-over-year decline in shipment volumes in the third quarter of 2016 (3Q16), according to data from the International Data Corporation, (IDC) Worldwide Quarterly Wearable Device Tracker.

The total smartwatch volumes reached 2.7 million units shipped in 3Q16, a decrease of 51.6% from the 5.6 million units shipped in 3Q15. Apple maintained top position as the overall leader of the worldwide smartwatch market, yet it posted the second largest year-over-year decline among the leading vendors. Its first-generation Watches accounted for the majority of volumes during the quarter, leading to the significant downturn for the quarter. Garmin posted the largest year-over-year increase among the leading vendors with 20.5% market share due to its growing list of ConnectIQ-enabled smartwatches and the addition of the fenix Chronos. Its total volumes helped close the gap further against a declining Apple and extended its lead ahead over Samsung. 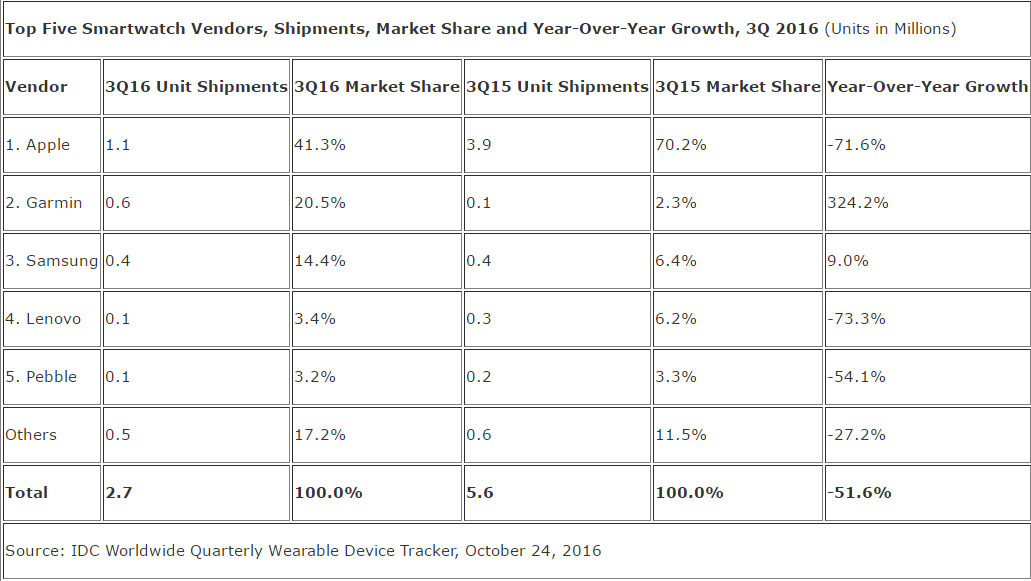 Samsung came in third finished 3Q16 slightly higher from a year ago on the strength of its aging Gear S2 smartwatches. The company reported 14.4% market share with 0.4 million units shipped. Lenovo (Motorola) suffered the largest year-over-year decline among the leading vendors, with multiple channels selling out of Moto 360 devices (both first and second generation). It shipped 0.1 million smartwatches that contributed for 3.4% market share. Motorola market declined further as it did not introduce any new smartwatch in 3Q16. Finally Pebble came in fifth with 3.2% market share.

The sharp decline in smartwatch shipment volumes reflects the way platforms and vendors are realigning. Apple revealed a new look and feel to watchOS that did not arrive until the launch of the second generation watch at the end of September. Google’s decision to hold back Android Wear 2.0 has repercussions for its OEM partners as to whether to launch devices before or after the holidays. Samsung’s Gear S3, announced at IFA in September, has yet to be released. Collectively, this left vendors relying on older, aging devices to satisfy customers.

It has also become evident that at present smartwatches are not for everyone. Having a clear purpose and use case is paramount, hence many vendors are focusing on fitness due to its simplicity. However, moving forward, differentiating the experience of a smartwatch from the smartphone will be key and we’re starting to see early signs of this as cellular integration is rising and as the commercial audience begins to pilot these device.