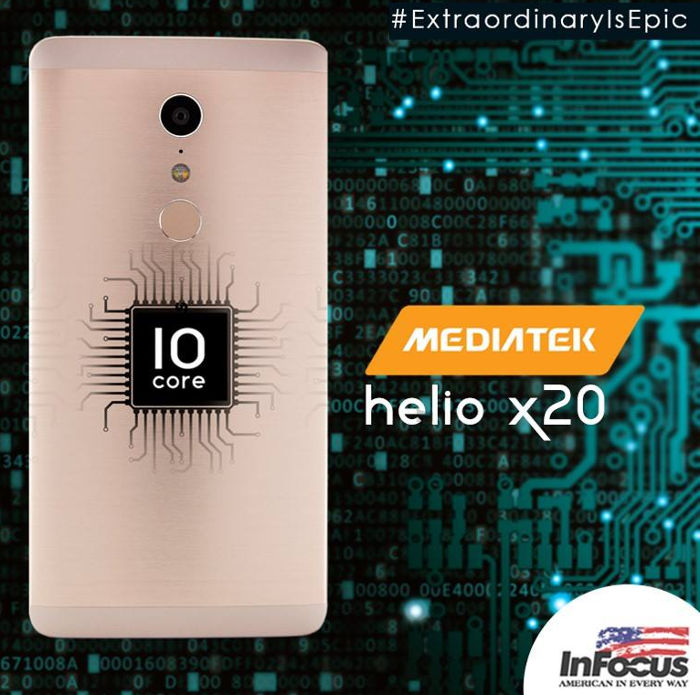 InFocus has been teasing the launch of its Epic 1 smartphone for quite sometime. Today the company has sent out invites for the launch event on October 24th. It already confirmed that the Epic 1 will go on sale exclusively on Amazon starting from October 25th priced at Rs. 12,999. 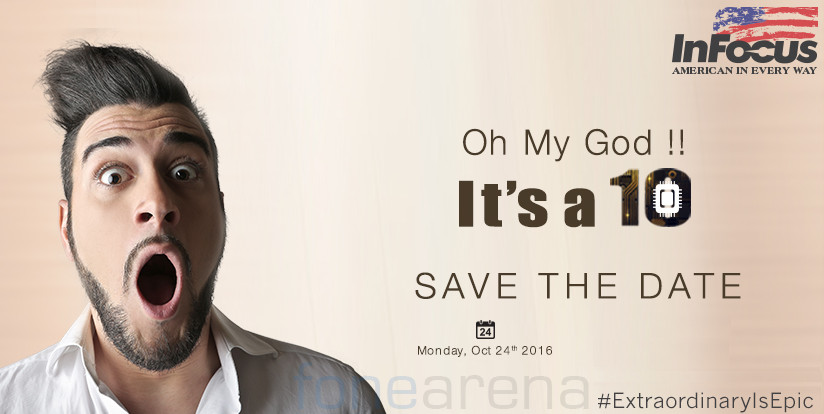 It also confirmed some specifications on its social channels, including Deca-Core MediaTek Helio X20 SoC, 8-megapixel front-facing camera with f/1.9 aperture, 16-megapixel rear camera with dual-tone LED flash, PDAF and a 360-degree fingerprint sensor on the back to unlock the phone in 0.1 seconds.

The teaser image shows that it will have a unibody metal design. It will likely pack a 1080p screen, run Android 6.0 (Marshmallow) and come with 4G LTE support. Other details are still a mystery.

InFocus started taking pre-bookings for the phone recently. We should know all the details about the smartphone when it launches next Monday.