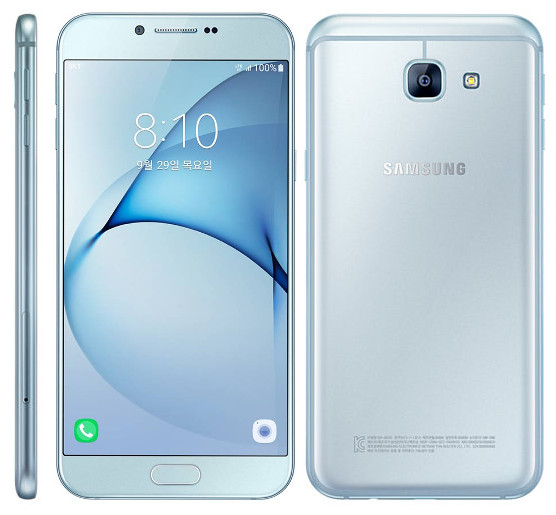 Samsung has announced Galaxy A8 (2016), successor of last year’s Galaxy A8 smartphone in Korea. It has the same 5.7-inch 1080p display has the predecessor, but this is powered by an Octa-Core Exynos 7420 processor instead of Snapdragon 615 SoC on the A8. It runs on Android 6.0 (Marshmallow), has a 16-megapixel with LED flash and an 8-megapixel front-facing camera. It has metal unibody design with 7.2mm slim frame and a fingerprint sensor on the home button.