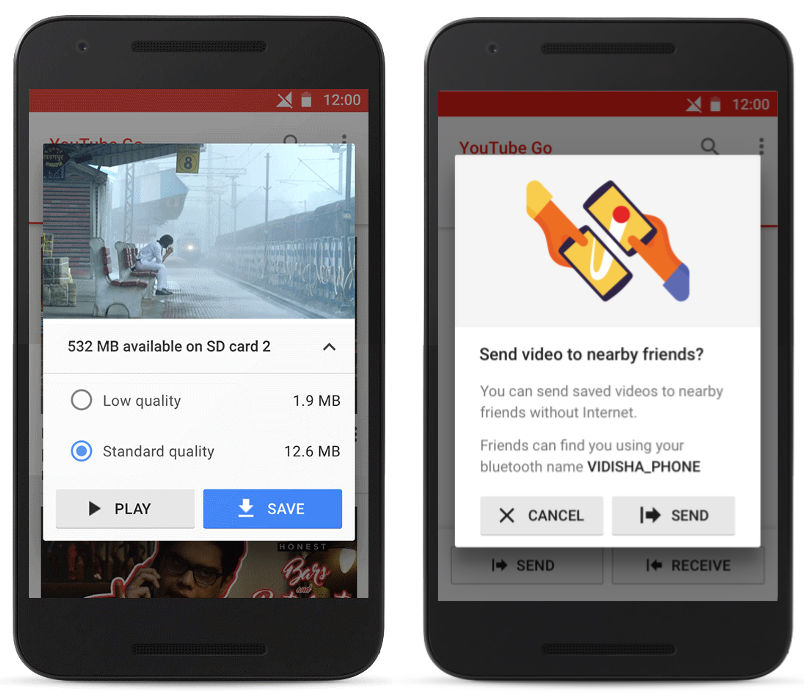 Google is celebrating its 18th birthday today and the company has made a bunch of important announcements at its ongoing “Google for India” event. The company has introduced YouTube Go in India which will offer offline viewing and sharing of videos.

The app which is India-only at the moment is designed by keeping the next generation users in mind, said Google. It will enable users to load and play YouTube videos seamlessly across various connectivity situations and offer users transparency and control over their data consumption. The highlight of the app is the offline video sharing feature that allows users to share videos without a working data connection.

YouTube Go also provides transparency and control over how much data users consume on videos and allows them to preview videos first and choose the video’s file size before they save it offline to watch later. Google says the app is designed to be offline first and work even when there is low or no connectivity.

YouTube Go home screen features trending and popular videos in your area. It offers quick preview of the video by tapping on the thumbnail before you can watch or save it. Next up, users can even choose see and choose the resolution of the video at the time of saving or streaming.

We’ve always believed that connectivity should not be a barrier to watching YouTube. In 2014 we launched YouTube Offline so you could watch videos without suffering from buffering. A few months ago we rolled out Smart Offline, a feature that allows you to schedule videos to be saved offline later at off-peak times, when there’s more bandwidth so data is faster and cheaper. But we realized that for the next generation of YouTube users to fully discover all that YouTube has to offer, we had to reimagine the YouTube mobile app from the ground up. With YouTube Go, we’re bringing the power of video to mobile users in a way that is more conscious of their data and connectivity, while being relatable and social.

Google said that YouTube Go will gradually roll out to more people over the next few months after getting their feedback and improving the product before launching it widely. You can sign up here and Google will notify you when the YouTube Go app goes live. Earlier this year, YouTube had received the Smart Offline feature in India that lets mobile users take advantage of cheaper mobile data rates at night.