TweetUp recently announced that it had acquired Twidroid, the most popular Twitter client for Android. This app will be preloaded on millions of upcoming Android phones from five of the leading handset manufacturers.

TweetUp Inc, recently announced that it had acquired Twidroid, the most popular and highest-rated Twitter client for Android phones. The company further announced that the application will be renamed as Twidroyd in order to ensure minimal confusion with the product from other company which owns the trademark of the term “Droid”. This app will be preloaded on millions of upcoming Android phones from five of the leading handset manufacturers. Check out the press release below. 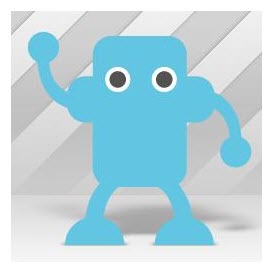 PASADENA, Calif.–(BUSINESS WIRE)–TweetUp, Inc., announced today that it had acquired Twidroid, creator of the most popular and highest-rated Twitter client for Android phones. Android-powered devices constitute the fastest growing segment of the popular smart-phone market. The company also announced that the application will be renamed Twidroyd in order to ensure minimal confusion with products from Lucas Films, trademark owner of the term “droid,” and will come standard on millions of upcoming Android phones from five of the leading handset manufacturers.

“Acquiring Twidroyd provides TweetUp with a number of strategic advantages”

As part of the transaction, TweetUp, Inc. will also acquire popurls®, which aggregates in one location the most popular items from the New York Times, Twitter, Digg, Delicious, Reddit, YouTube, Flickr and other news and social media sites. Combined, Twidroid and popurls will provide TweetUp with a broad distribution network on which to test and refine its platform for finding the world’s best tweeters.

“Acquiring Twidroyd provides TweetUp with a number of strategic advantages,” said Bill Gross, CEO of TweetUp. “Twidroyd (www.twidroyd.com) is widely considered the best Twitter client for Android phones and it leads in market share, so its growing base of users will be a valuable source of well-informed feedback on TweetUp search on mobile devices. In addition, the popurls website (www.popurls.com), which attracts users looking for a convenient guide to the most popular sites, news, videos and blogs on the Internet, will be a natural spot to display TweetUp search results and gain user feedback. This combination should enable us to more rapidly refine our offerings, generating better user experiences for distribution partners and for users searching for the world’s best tweeters regardless of their choice of devices.”

In April, TweetUp opened registration for the world’s first bidded marketplace for real time search, and in May the company launched its search capabilities at TechCrunch, Topix.com, and Businessinsider.com. TweetUp’s core search algorithms, in combination with this marketplace, address the needs of both users and tweeters in a single search mechanism. In addition to algorithms that combine a variety of factors to determine relevance, tweeters will soon be able to bid on keywords in a competitive marketplace very similar to what now occurs at Internet search engines. This sophisticated combination of factors pushes the most relevant tweeters to the top of the results of users’ searches, and it enables serious tweeters to expand their following quickly and cost-effectively.

“We are extremely fortunate to have been able to join forces with TweetUp,” said Thomas Marban, founder of Twidroyd and popurls. “With their resources and experience along with the bundling deals we have developed with a number of the leading device manufacturers, we believe Twidroyd can widen its lead as the top Android client for Twitter users and aggressively grow our distribution while taking advantage of TweetUp’s business model for uncovering the best tweeters on topics of interest to our users.”

TweetUp’s search results will be available to hundreds of millions of individuals through revenue-sharing agreements with a wide range of partners. These include leading Twitter clients TweetDeck, Seesmic, and Twidroyd; the leading provider of custom browser and desktop toolbars, Conduit; the leading personalization platform for the web, Netvibes; one of the leading sources of tweets, TwitterFeed; one of the leading social media authority and influence ranking systems, Klout; as well as popular web sites including BusinessInsider.com, Answers.com, TechCrunch, Topix.com and popurls. Some sites have already begun to serve search results, and the others will come online over the next few weeks. Together, these clients and web sites will bring TweetUp search results to more than 40 million unique users per month and serve more than 100 million impressions per month.