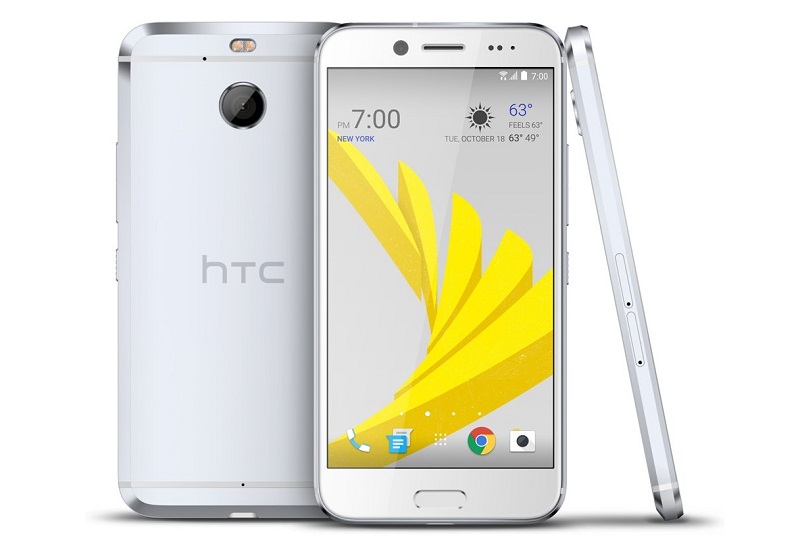 Earlier this week HTC launched two new smartphones but it looks like the company has another one up its sleeve. A render of HTC Bolt smartphone has surfaced which is tipped to be released in the USA by Sprint.

Popular tipster Evan Blass aka @evleaks has shared a render of the HTC Bolt in silver on Twitter. As per the render, it looks like the HTC Bolt takes design cues from the HTC 10 with minor tweaks. The front facing camera for example has been shifted to the left side of the earpiece. The usual physical home button sits on the bezel below the display. Coming to the back, the flash is seen above the camera module while the laser autofocus module is not seen. The antenna lines are present at the top and bottom with. The phone still sports the same metal unibody design.

However the most surprising design change is the lack of 3.5mm audio headphone jack on the HTC Bolt. The microSD and SIM card slots have also moved to the left edge of the device near the bottom. Finally, the USB port is present at the bottom.

HTC has been mum about the Bolt until now and there are no rumored specifications for the same.