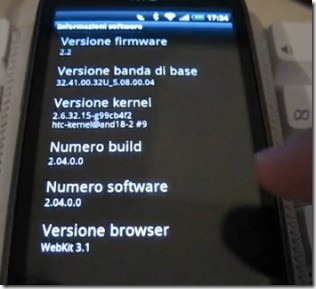 Someone has managed to get the latest version of Android running on the HTC Desire. The developer has also managed to enable 720p HD Video recording on the Camera . Watch the video demo below.

We are not sure if this is a port of FroYo from another Android device like the Nexus One or if it’s a leak of an official HTC firmware update.

Although it seems buggy , Good news for HTC Fans and Desire users