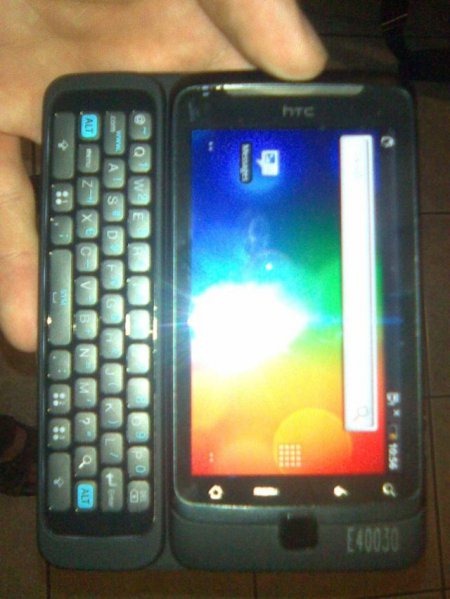 The HTC Vision Android QWERTY Phone is Real and we told you about this handset in May. The handset’s existence was confirmed by the HTC website. Now some images of this phone have emerged

We can barely wait for the official announcement from HTC. There are very few Android phones which have a QWERTY keypad and the HTC Vision might be the 2nd from HTC after the Google/ T-Mo branded G1/ Dream