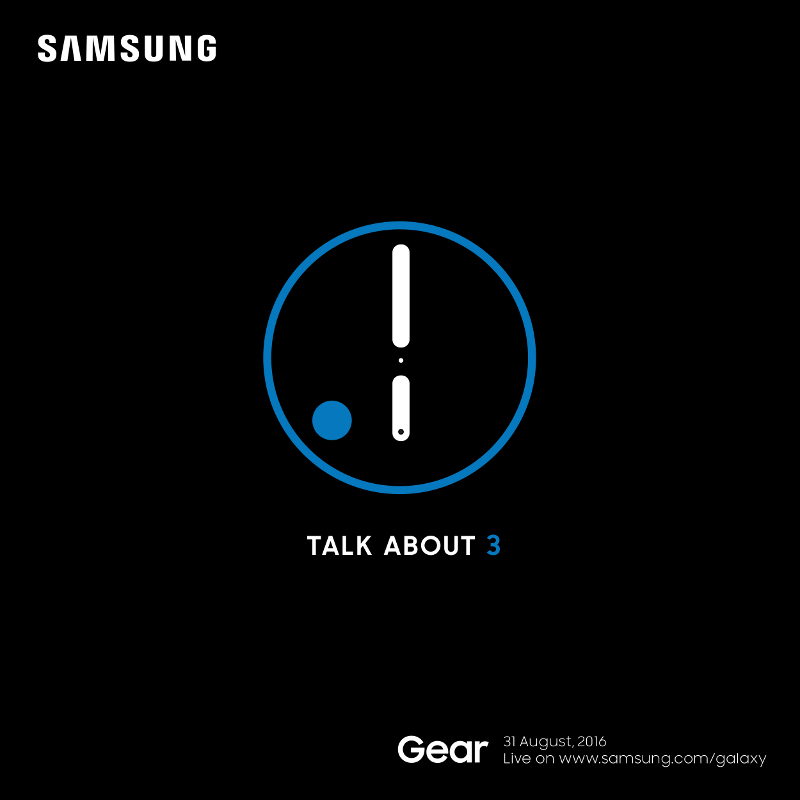 Samsung has sent out invites for the announcement of a new Gear smartwatch on August 31st at the IFA. The invite shows a dial along with the caption Talk About 3 confirming that it will be the Gear S3 smartwatch, successor of the Gear S2 that was unveiled at IFA last year.

These are rumored to come with GPS, speedometer, barometer, altimeter and several more features.