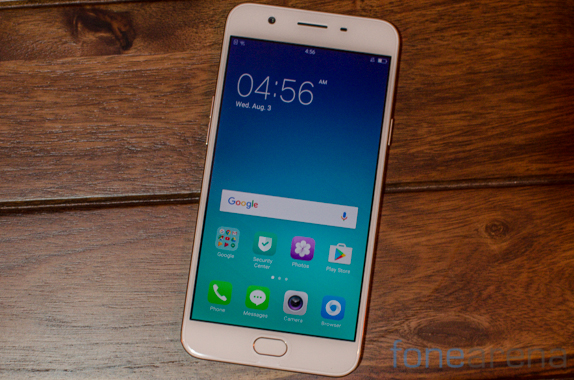 Out of the blue, OPPO has become one of the foremost players in the Chinese smartphone industry. With a focus on quality hardware and experience, the company has brought several innovations like VOOC charging and more to the table that has helped them garner a fair share of the market. With their eyes set on India, OPPO has been getting even more aggressive as they bring newer hardware to the country at all price points. With the launch of the OPPO F1s, the company seems to have a very interesting piece of hardware in the sub Rs. 20,000 segment.

The OPPO F1s could pass off as an identical twin when placed next to the OPPO F1 Plus that we reviewed a while back. From the front, the F1s is still highly inspired by the iPhone but then again at this point, that is true of most smartphones. Its a handsome phone but we feel that the rear of the device is where the design really stands out. We’ll come to that in a bit. 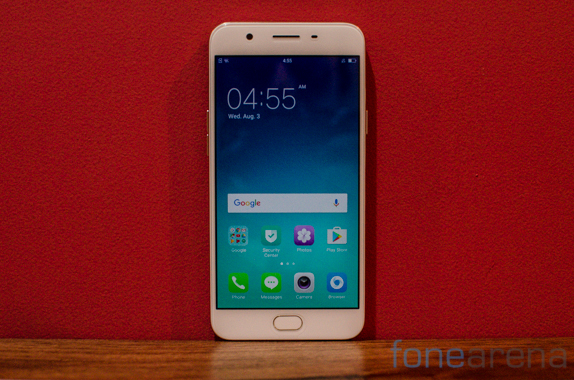 The front as you would expect is mostly taken over by the large 5.5 inch display. Its nice to note that the display comes with a protective screen guard pre-installed and a basic back cover is provided in the box package. The fingerprint scanner and home button lies at the bottom with a capacitive multitasking and back key on either side of it. We really liked the tactile feedback on the home key. You’ll need to press down the button to unlock the phone using your fingerprint but the scanner is amongst the fastest we’ve used in a while and there’s practically no latency here. Up top is the 16MP front facing selfie camera that is one of the key selling points here.

Over on the right hand side is a metal power key that has just the perfect amount of give.  Above it is a slot for two nano SIM cards AS WELL as a microSD card which is increasingly rare to see and is most definitely appreciated. On the left hand side is a segmented volume rocker that we felt was placed a bit too low to be easily reachable. The phone charges over a microUSB port placed at the bottom and a 3.5mm audio jack is placed next to it on the same side. Interestingly, the sides of the phone are made of plastic unlike the metal backpanel though the two meld into each other rather seamlessly. 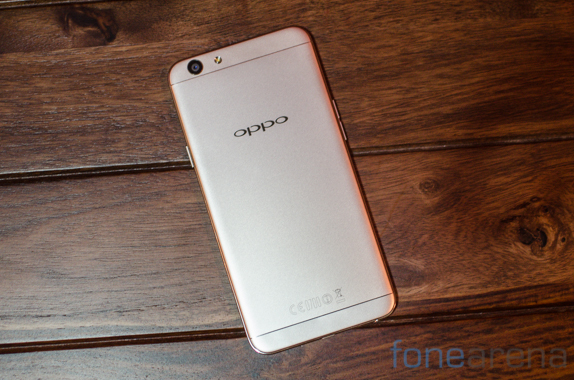 Flip the phone over and you’re looking at a flat expanse of metal with OPPO branding at the top. Gone are the very prominent antenna lines from the F1 Plus and the phone just looks a whole lot better. There are plastic cut outs at the top and bottom with the camera module, flash module sitting next to each other right at the top. 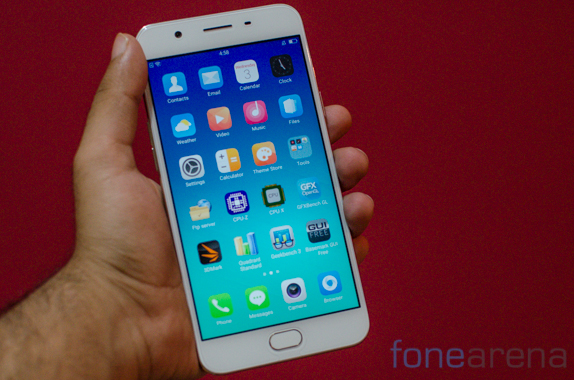 The OPPO F1s is amongst the larger phones in its category with dimensions that measure 154.5 x 76 x 7.38mm but the slim dimensions make it easy enough to slip into a pocket. The 160 grams of weight is hefty but not overtly so. Generally speaking though, the phone feels rather luxurious and calling it well built would be an understatement.

Running Color OS  v3.0 on Android 5.1, there is no getting around with the fact that the software stack on the F1s is ancient. It is also far and away from the stock Android look that everyone prefers.

As is fast becoming the norm, the phone gets rid of the two level app hierarchy. The lockscreen includes a shortcut to the camera with a clock placed at the top left corner. Unlocking the phone, you get dropped straight into the homescreen where all applications are placed in a grid.

The entire ROM is very highly skinned right from the iconography to how the settings are laid out. What we can’t fault however is how well everything is optimized. The software simply flies through transitions, animations, folders and more. All in all, if you are looking for a clean interface, look away from the OPPO F1s but for everyone else Color OS has enough in it to keep things interesting without getting in your way.

The OPPO F1s is powered by a 1.5 GHz octa-core MediaTek MT6750 64-bit processor with Mali T860 GPU. There’s 3GB of RAM onboard to assist with multitasking. This isn’t the highest number around but truth be told, it is absolutely sufficient for more or less anything you might be doing with the hardware. While the F1s might not be an all out performance oriented device, we were consistently surprised by how well the software had been paired with the hardware to provide blazing fast performance. No matter what you throw at it, the phone just keeps going fast and strong. While playing graphic intensive games, we noticed that the handset had a tendency to heat up marginally. Not enough to be a concern but certainly enough to be noticeable. For those who care about benchmarks, we’ve included a full suite below that should give you an idea of where the handset stands amongst the competition. 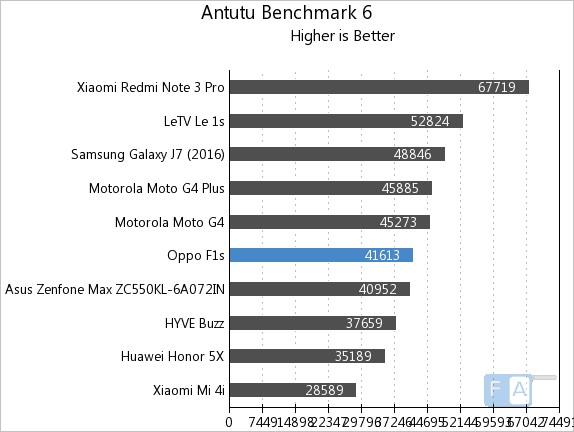 In the AnTuTu benchmark, the phone scores 41613 points placing it around the middle of the test bench. 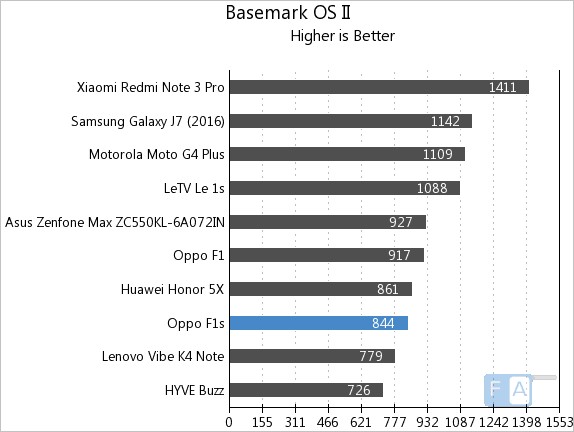 The Basemark OS II benchmark proved to be a bit disappointing where the phone scored just 844 points. 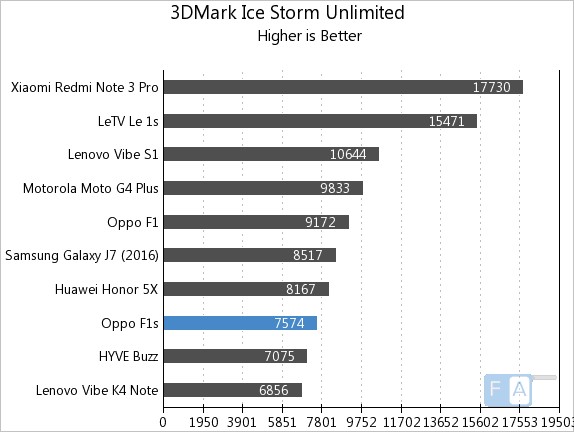 In the GPU centric 3D Mark Ice Storm, the phone scores 7574 points placing it rather low in the test bench.

On one hand, the 5.5inch 720p display on the OPPO F1s seems like a disappointment on paper but then once you start using it, you notice how good the panel quality really is. 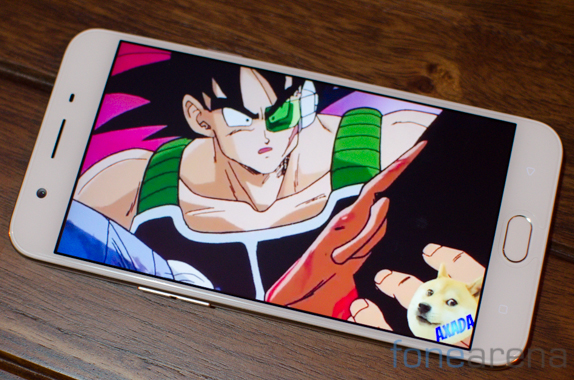 The brightness levels on the panel are exceptional and the screen is absolutely visible even in very bright sunlight. The IPS LCD panel has natural looking tones but the good contrast levels and excellent viewing angles make it a good device from a multimedia usage perspective. We still don’t like the low resolution nature that makes icons appear a bit blurry around the edges but for the most part, the quality of the panel makes us forget that.

Over to the piece de resistance ie the cameras on the OPPO F1s. Termed as the Selfie Expert, F1s not just has a 13MP rear facing camera but a whopping 16MP front facing camera  as well. Alongside an f/2.0 aperture, you have a device that is geared to take amazing photos from both the front and rear cameras. In our testing, we found this to be more or less true. 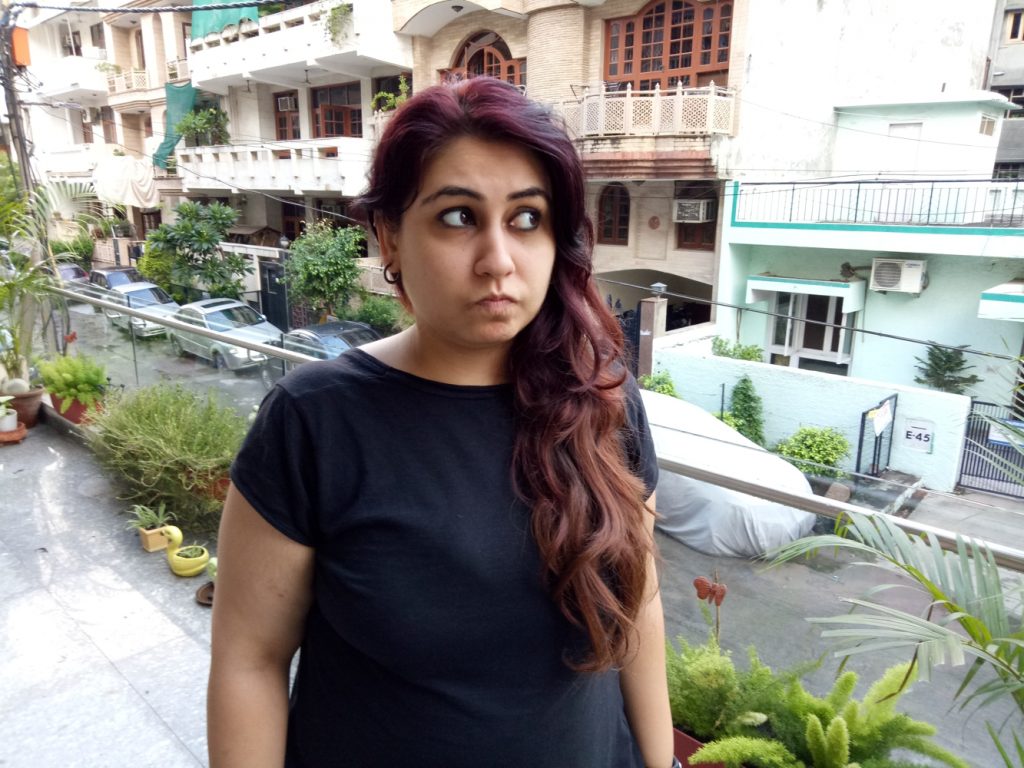 When shooting with our test subject, we observed that the camera was quick to capture shots but had a tendency to slightly overblow the highlights. Noise was mostly in control even in inclement lighting.

The selfie camera in particular managed to take some very sharp shots with the subject absolutely in focus. It resolved details very well and noise was kept in control even when shooting indoors.

From a connectivity perspective, the phone is well endowed with 4G, VoLTE, WiFi 802.11 a/b/g/n (2.4/5GHz), Bluetooth 4.0 and GPS capabilities. While all that is standard, what really stood out for us was the fact that the phone did not employ a hybrid SIM, a practice we aren’t quite fond of. This means that you can use the dual SIM slots as well as expand on the built in 32GB of storage of which around 24GB is available.

A 3,075 mAh battery isn’t all that much these days with phones shipping with 4,000 units in similar sized frames. Nonetheless, the phone does manage a full day of usage and mostly manages to deliver a day of autonomy. Heavy usage will take this down. The phone also supports VOOC charging which is similar to Qualcomm’s Quick Charge technology but a tad bit faster. As is always the case, it would have been nice to see a larger battery built into the device especially as a large part of the competition is now moving to 3500 and even 4,000 mAh battery units. 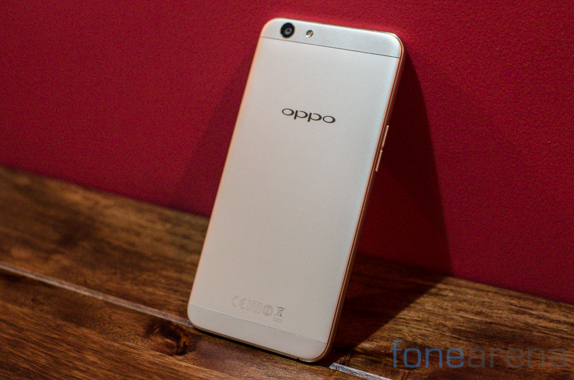 Following up on the success of the F1 Plus, the OPPO F1s is a rather good addition to the line up. It isn’t quite the all out performer that some people might have been hoping for but from a photography perspective, the F1s delivers on the promise. Shots taken from the phone via both the front or rear cameras tend to be amongst the best in the category. The OPPO F1s is priced at Rs. 17,990 and will be available in Gold and Grey colors.