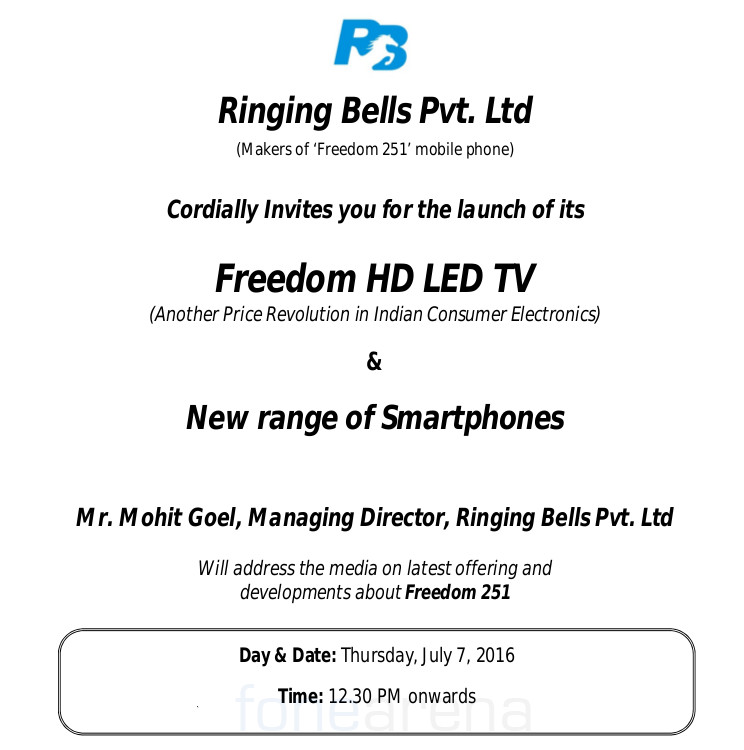 Ringing Bells, the maker of Freedom 251 smartphone is all set to announce its foray into the growing television market. The company has sent out invites for an event where it will announce Freedom HD LED TV and new range of smartphones.

Freedom 251 which is India’s cheapest Android smartphone was launched in February this year. The delivery of the phones were suppose to start from June 30 but is now delayed till July 7. The company grabbed eyeballs with its low pricing and was soon part of controversies and allegations. Ringing Bells was sued by Adcom for distributing its handsets as Freedom 251.

The company claims that Freedom HD LED TV will be”cheapest” high-definition LED television and is expected to enter the market for less than Rs 10,000. Earlier reports have stated that the TV will be delivered within two days and will be sold online.

Ringing Bells will announce the Freedom HD LED TV and new range of smartphones on July 7.