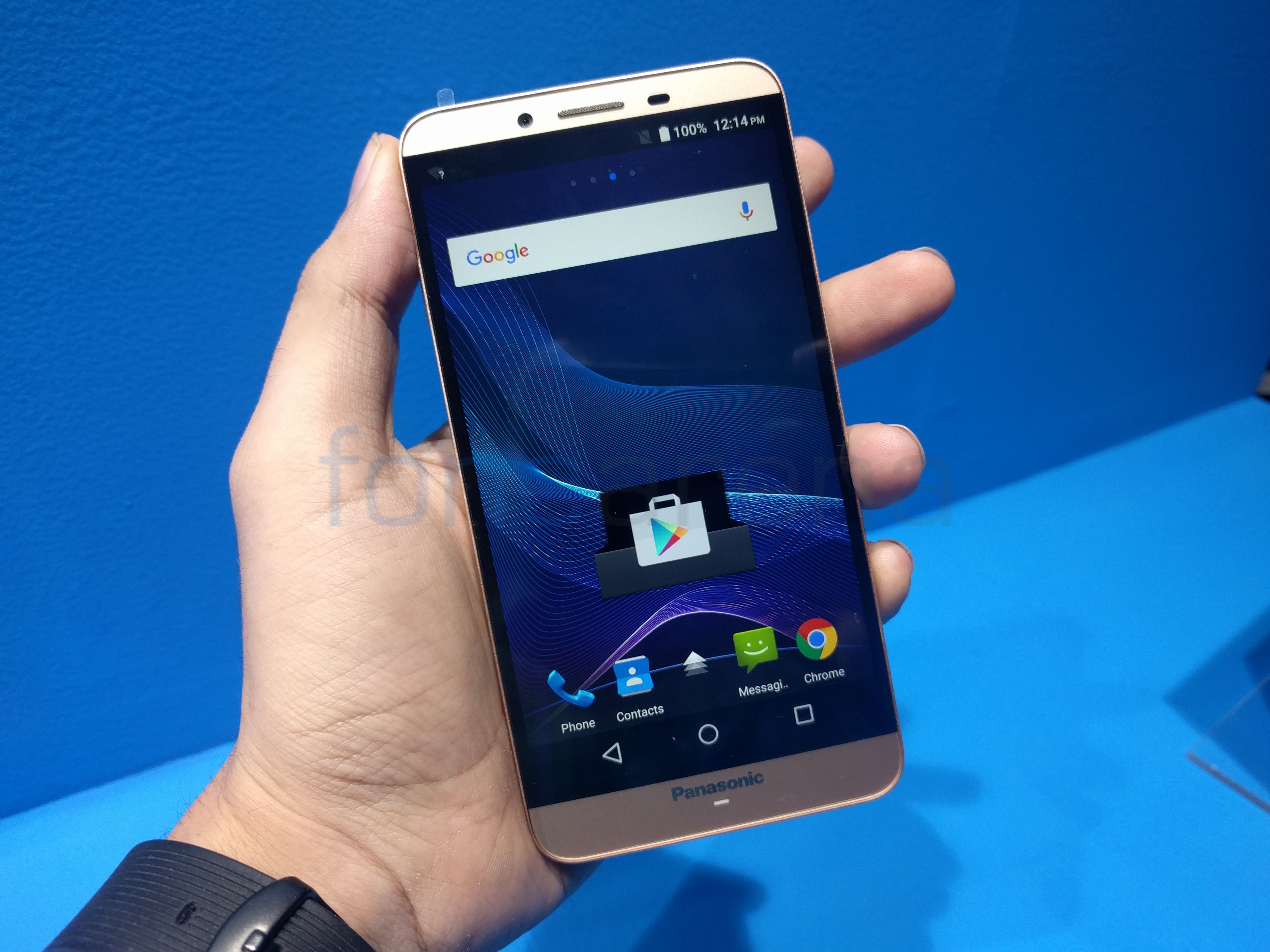 Panasonic today launched the Eluga Note smartphone in the Eluga series. We got our hands on the phone so let’s take a detailed look at the specifications and hardware of the phone in this photo gallery. 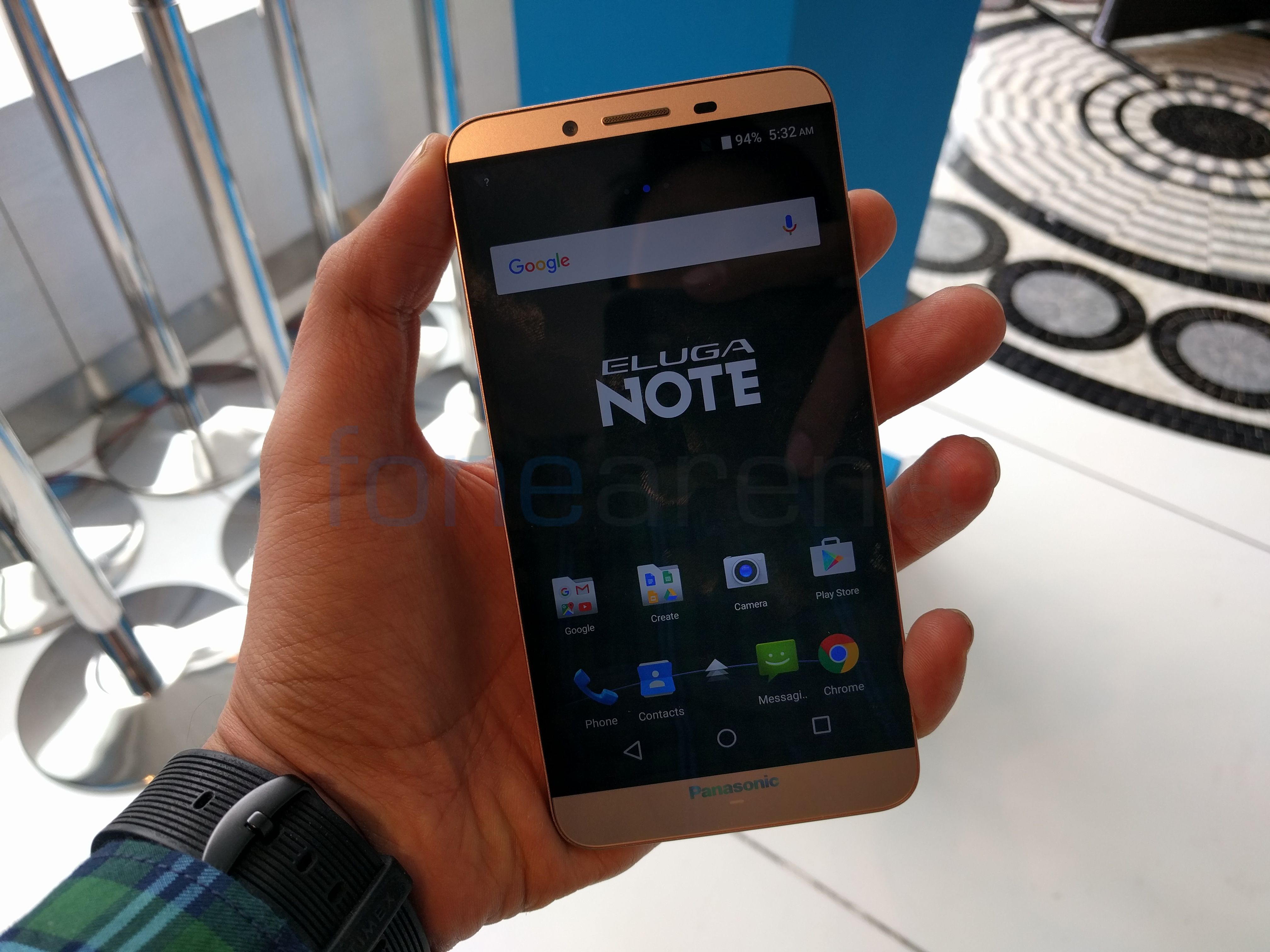 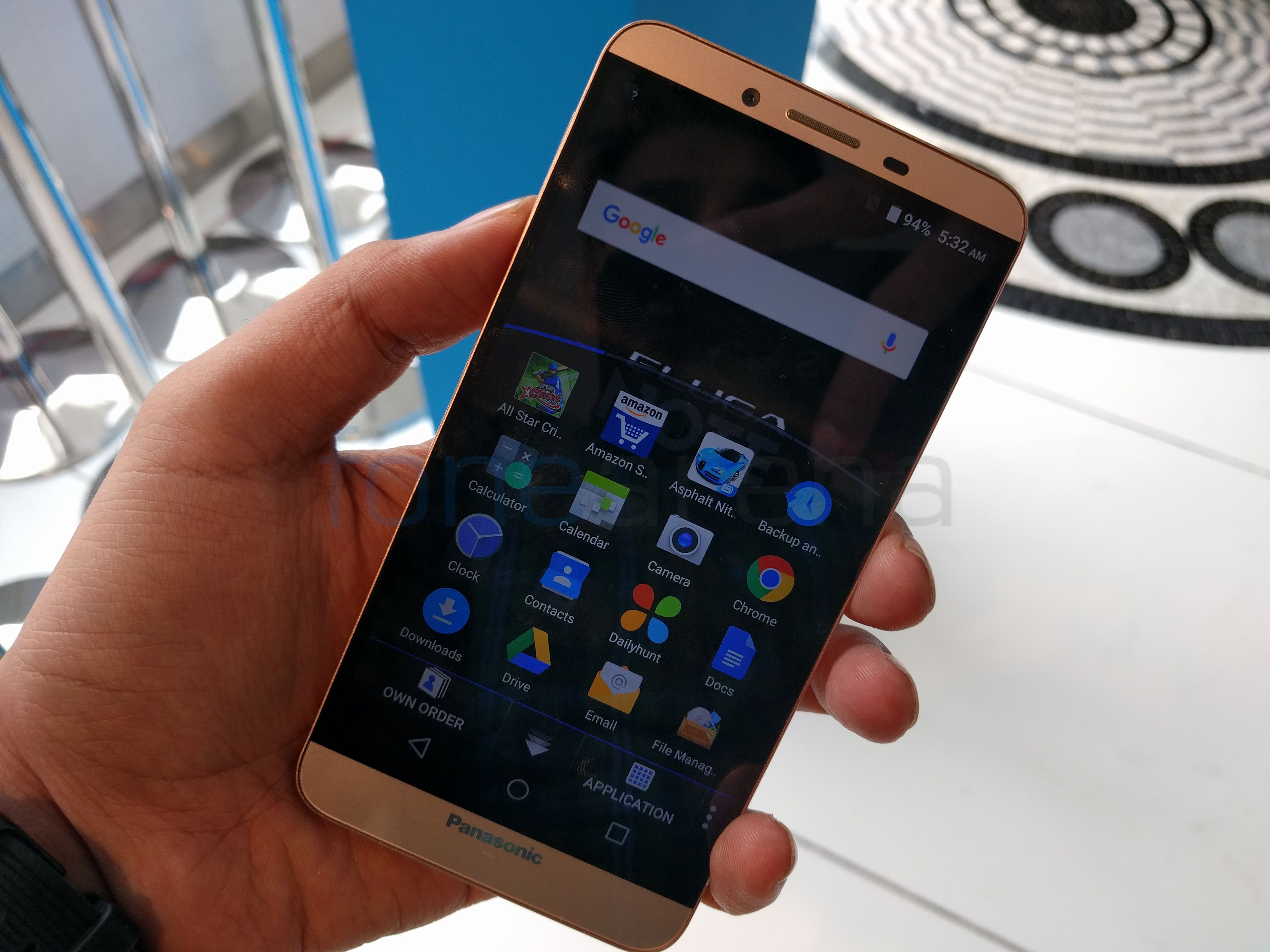 There is a 5MP front-facing camera with 4P lens along with earpiece and usual set of proximity and ambient light sensor. 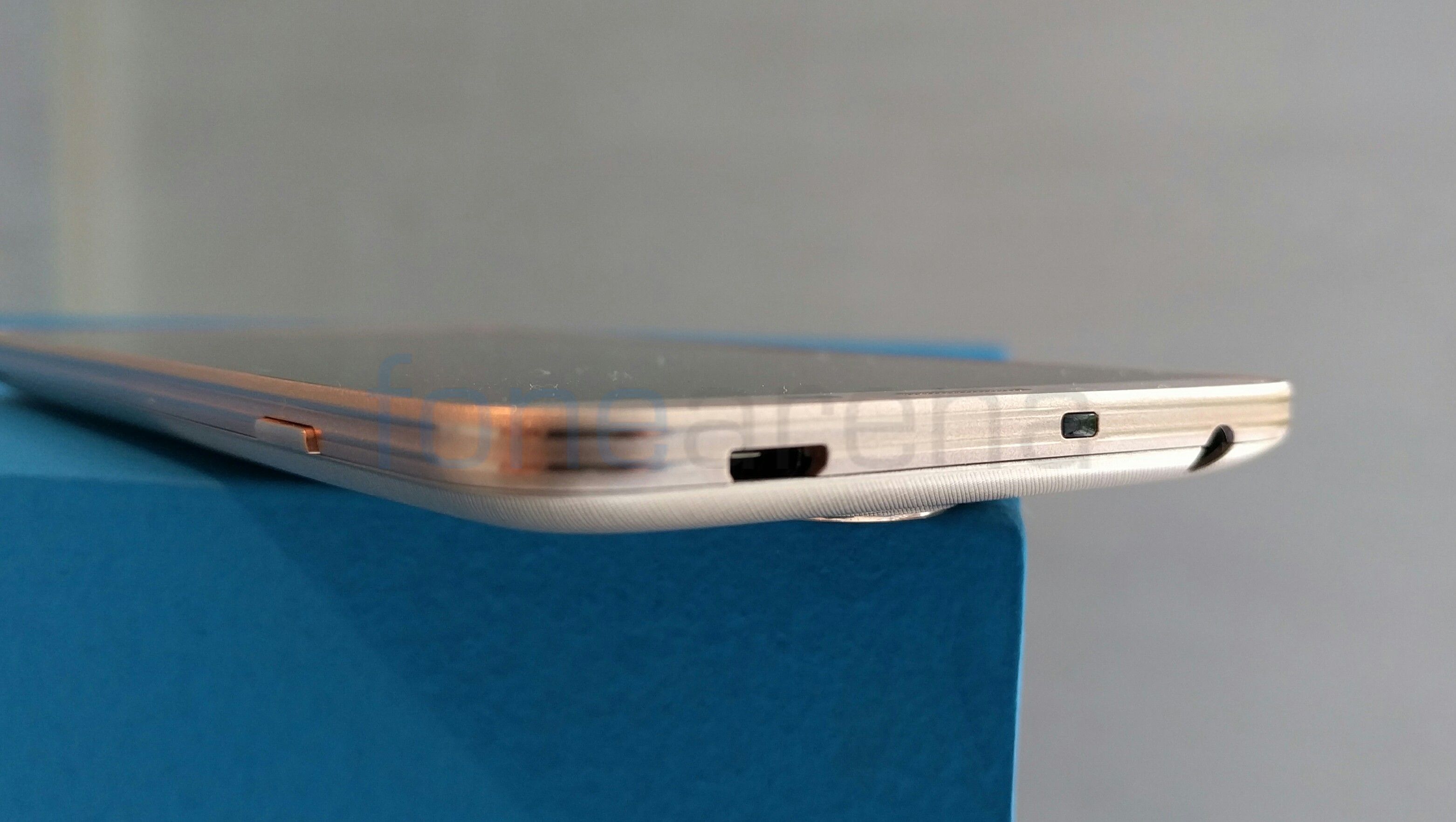 A micro USB port, IR blaster and 3.5mm audio headphone jack is present on the top. The power button is situated on the right while the volume rockers are on the left.

The phone has a textured back with Panasonic and Eluga branding.

Underneath the back cover we can see Dual micro SIM card slots and micro SD card slot. Also present is the removable 3000mAh battery. Connectivity options on the phone include 4G VoLTE, WiFi 802.11 b/g/n, Bluetooth 4.0, GPS.

The Panasonic Eluga Note comes in Champagne Gold colors and is priced at Rs. 13,290. It will be be available through offline retailers across India starting next week.